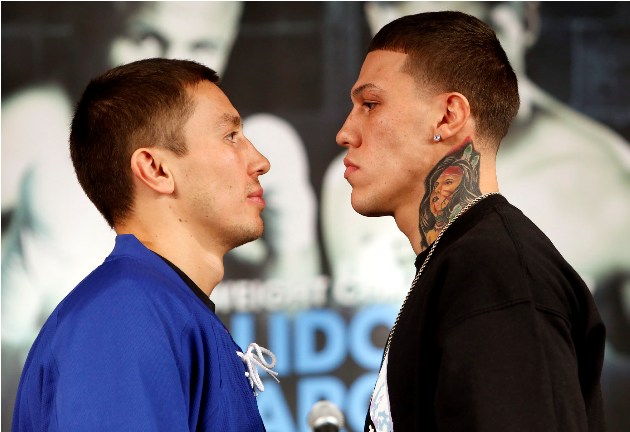 NEW YORK– In his last fight as a junior middleweight in September, Gabriel Rosado scored four knockdowns in a 10th-round stoppage of Charles Whittaker, ending the 38-year-old fighter’s 14-bout winning streak that had included eight stoppages.

The Philadelphia-based Rosado (21-5, 13 KOs), who turned 27 on Jan. 14, will be after his eighth consecutive victory and his sixth stoppage during that run when he enters the ring opposite Kazakhstan-born WBA middleweight titleholder Gennady Golovkin (24-0, 21 KOS), who is in pursuit of his 12th consecutive knockout win in a clash to be televised on HBO.

Rosado lost his last 160-pound bout by majority decision to Derek Ennis in July of 2010. Since then, however, Rosado said he has spent time being mentored by former RING light heavyweight and undisputed middleweight champion Bernard Hopkins, who is a Philadelphia native.

Rosado now claims to be a different fighter than the one who fell to Ennis, previously was stopped in the second round by Alfredo Angulo in August of 2009, fell by unanimous decision to Fernando Guerrero in February of that same year, and, lost decisions Chris Gray and Josh Onyango in October of 2006 and March of 2007, respectively.

In order to challenge Golovkin, Rosado passed up an opportunity to face 154-pound IBF beltholder Cornelius “K9” Bundrage as the organization’s mandatory challenger, a status that would not become a reality until March.

During an open workout on Wednesday at The Kingsway Gym, Rosado said it won’t matter that he’s rising in weight, nor does he concern himself with the fact that Golovkin was a 2003 world amateur champ and 2004 Olympic silver medalist 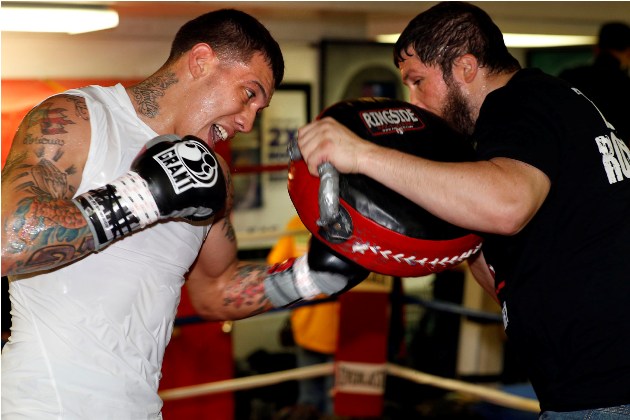 “I congratulate him on what he did in the amateurs, but this is the pro game now. This is a whole different system,” said Rosado, whose run includes having stopped Jesus Soto Karrass and Sechew Powell in the fifth and ninth rounds in January and June of last year, respectively.

“You can drop a guy in the amateurs, and it’s only on point. In the pro game, it’s two points. So I think that as a professional, I have more experience, and I’ve fought the better competition. I predict that I’ll win by a ninth-round knockout.”

Golovkin, 30, is coming off a fifth-round knockout of Grzegorz Proksa in September, and will be making the sixth defense of his belt against Rosado, a Puerto Rican descendant with whom he shares a common opponent in former beltholder Kassim Ouma.

Rosado defeated Ouma by split-decision in April of 2009, and Golovkin stopped him in the 10th round in June of last year.

Baysangurov is a 27-year-old winner of nine straight fights, six of them by stoppage, since falling by fifth-round stoppage to Bundrage in December of 2008. Akberbayev is 10-0 with seven knockouts, including five straight, and will fight Anthony Ferrante (12-4, 7 KOs) on Saturday’s undercard.

“What we worked on was for Gennady to evolve and to improve. We need to evolve as a fighter so that he can get better. Once Rosado gets hit, his whole game plan will go out of the window,” said Sanchez.

“The fighters all get hit, but Golovkin, for some reason, just has that kind of power that numbs you, and you feel it. As soon as he feels that, his thought process will go in a different direction.” 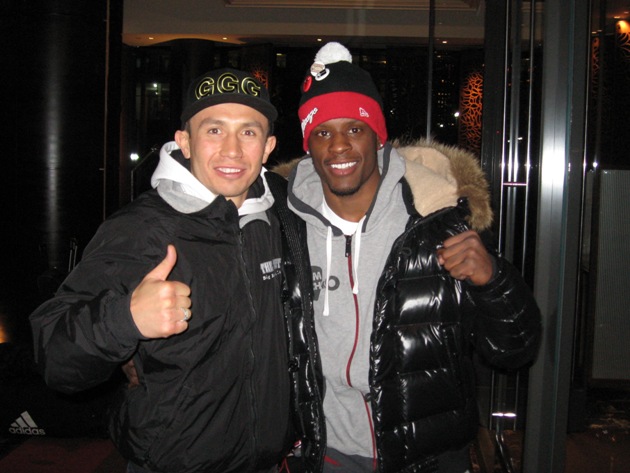 “Tony Harrison was faster. He was fast, and he was quicker, but I’m stronger, and I was maybe a little smarter. But it was good training, every day. Good sparring.”

Golovkin-Rosado will be officiated by Steve Smoger, a tough-minded, no-nonsense referee.

RingTV.com sought the opinions of 17 boxing insiders regarding Golovkin-Rosado, the results of which are below.

Gennady Golovkin KO Gabriel Rosado: Gabriel Rosado has been on a nice string of wins, but a lot that is due to shrewd matchmaking by Main Events and J. Russell Peltz.

While Rosado is an improved fighter, he’s no match for Gennady Golovkin, who is one of the biggest punchers in the sport and a natural 160 pounds.

Rosado is coming up from 154. I expect Golovkin to push Rosado around the ring before knocking him cold in the mid rounds.

Gennady Golovkin mid-rounds KO Gabriel Rosado: Kudos to Gabriel Rosado for taking this fight, and for fighting the undefeated middleweight beltholder at 160 pounds instead of the originally agreed upon 158-pound catchweight.

Gennady Golovkin is too strong, powerful and technically sharp for Rosado to handle. I think the Kazakhstan native will systematically break the game Philly fighter down to a fifth- or sixth-round stoppage.

Once Golovkin backs Rosado to the ropes and begins tapping the junior middleweight’s long torso with monster body shots, the fight will essentially be over.

Gennady Golovkin KO 6 Gabriel Rosado: Gabriel Rosado’s toughness and evident willingness to fight makes it interesting, but not for long.

Rosado’s best qualities will prove to be his undoing as Gennady Golovkin gives Sergio Martinez another reason to avoid him. 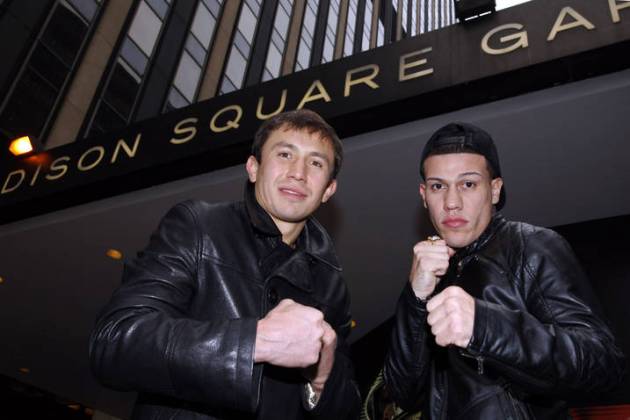 Gennady Golovkin TKO6 Gabriel Rosado: This one smelled like a mismatch when it was made. It’s a too-tough-for-his-own-good 154-pound contender fighting for the second time at 160 pounds, against one of the strongest and most feared young middleweight titlists to have come along in years.

Promoter Russell Peltz tried to make this a 158-pound catchweight fight for his client against Gennady Golovkin. Gabriel Rosado refused, insisting that catchweights are a “joke”, a potential excuse for Golovkin if GGG lost.

Does the legendary Peltz know something we don’t know? Or does he know what many insiders already believe, namely that the hopelessly over-matched Rosado, is in need of any advantage he can get against the hard-hitting WBA middleweight titleholder.

Showing all the heart of a Philly fighter, Rosado will take a scary beating against Golovkin before his disadvantages pile up and become totally insurmountable.

After a couple early knockdowns welcome him to the middleweight division, Rosado will have nothing left to offer except a target. Following an especially one-sided sixth round, Rosado’s handlers will save him from further abuse by wisely stopping the fight in the corner.

Gennady Golovkin KO 8 Gabriel Rosado: If Gabriel Rosado is anything, he is fearless. Not only is he fighting at 160 for just the second time in his career, he’s taking on the second-best middleweight behind Sergio Martinez without a catch-weight.

Plus, Gennady Golovkin is the division’s best knockout artist, and has one of the deeper amateur pedigrees in the sport as he holds victories over Lucian Bute, Daniel Geale, Andy Lee and Andre Dirrell — among many others — in the unpaid ranks.

All of this will be too much for Rosado to handle, and by the middle rounds — if not sooner — his resources will grudgingly give way.

The Kazak former Olympian will come forward and systematically pull apart Gabriel Rosado. If the general fight fan has not heard of Golovkin, then on Saturday will be his big break out. Expect Golovkin to win easily and early.

Gennady Golovkin KO 5 Gabriel Rosado: Fighters like Gabriel Rosado make the boxing world go-round. They try hard, train hard and get better, even if limited. In Rosado’s case, he is taking those lessons learned and trying to see if he can succeed at the highest levels.

Unfortunately, the guy he is trying this against is, in my estimation, very special. I expect to see Gennady Golovkin turning into a dominant figure very soon, and a pound-for-pound entrant.

On top of everything, he can really crack. Rosado, despite his size and strength, will not be able to take what Golovkin can dish out.

Gennady Golovkin TKO 10 Gabriel Rosado: Gabriel Rosado has been quite the revelation at 154 pounds over the past year, with impressive wins over some solid opposition like Sechew Powell.

But you have to wonder if he can stand in against a full-fledged middleweight in Gennady Golovkin who will make him fight.

If Rosado can use his movement to evade Golovkin’s advances and take advantage of the moments when Golovkin squares up to make the Kazakh respect his power, he’s got a chance. However, I think Golovkin’s strength and power will carry him through.

Rosado’s downfall will be because he believe’s in his toughness and punching power. This will play right into the hands of an even better boxer-puncher. Golovkin by knockout in six.

Rosado is a tough throw-back fighter who has improved a great deal over the last couple of years. Rosado certainly has talent to match his heart and balls.

But I can not get the Alfredo Angulo fight out of my mind, and Gennady Golovkin is a much better all-around fighter than Angulo.

I was extremely impressed with GGG’S HBO fight a few months back. On top of one-punch power in either hand, he doesn’t waste any shots, has a diverse punch selection, and goes to the body with authority.

I’m also very impressed at how relaxed, calm and composed he is able to fight. So I see him stopping Rosado in the mid to late rounds.

Gennady Golovkin KO 5 Gabriel Rosado: This fight doesn’t do as much for me as it may for others.

If Gennady Golovkin is truly the heavy-handed destroyer he looked to be in his U.S. debut a few months back, then he should have fairly little problem with Gabriel Rosado. Golovkin in five. 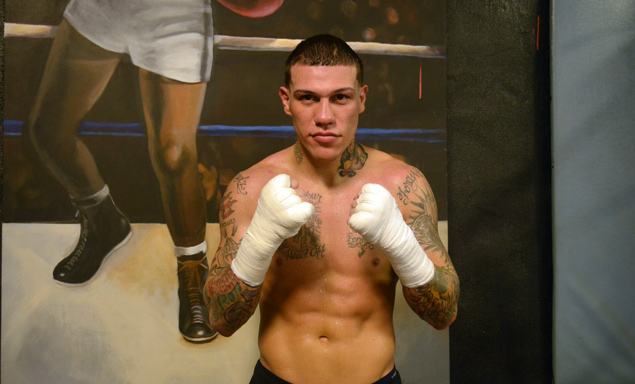 I think Rosado will give a fine account of himself but I feel Golovkin’s power will eventually be the deciding factor. I predict Golovkin to win by sixth-round technical knockout.

Gennady Golovkin KO Gabriel Rosado: This is a total mismatch. Gabriel Rosado is tough. That won’t mean much against the offensive, naturally bigger machine in front of him.

It says here Gennady Golovkin is already the best middleweight in the world. He’s just waiting for his shot. Rosado will be part of that wait maybe as early as one round, as long as five.

This one will go the way of other Golovkin fights, although Rosado might last longer than some. Golvkin by sixth-round knockout.

Gennady Golovkin KO 9 Gabriel Rosado: Many think this is a mismatch. I disagree. Gabriel Rosado is a rough customer, and someone who needs to be taken seriously.

Gennady Golovkin will be pushed, and may even be stunned a few times here. This will be a nice give-and-take for a number of rounds, but in the end, I think Golovkin has too much firepower for Rosado.


Gennady Golovkin W 12 Gabriel Rosado: I like Gabriel Rosado a lot. I really, really respect his desire to not take advantage of an offered catchweight.

He said he wanted to win the middleweight title legitimately and especially in this day and age you have to love and respect that approach. I think his time may very well come but I just don’t think it will come against Gennady Golovkin.

Gennady Golovkin KO 6 Gabriel Rosado: This one won’t be close, even though Gabriel Rosado has stopped some tough customers recently, such as Jesus Soto-Karass and Sechew Powell.

But Gennady Golovkin, one of the sport’s rising stars, has it all. Speed, boxing ability and power. He has very heavy hands that make his punches hurt his opponents. And he’s a smart fighter.

He won’t go out and recklessly try to put his opponent away quickly. But make no mistake, he will put him away. Golovkin by sixth-round knockout. 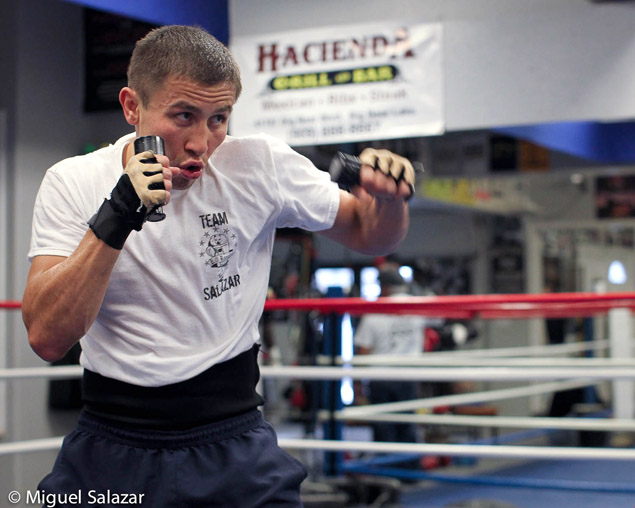 By a vote of 17-0, the experts give Gabriel Rosado no chance against Gennady Golovkin, whom they believe will easily retain his WBA middleweight belt.

Photo by Will Hart