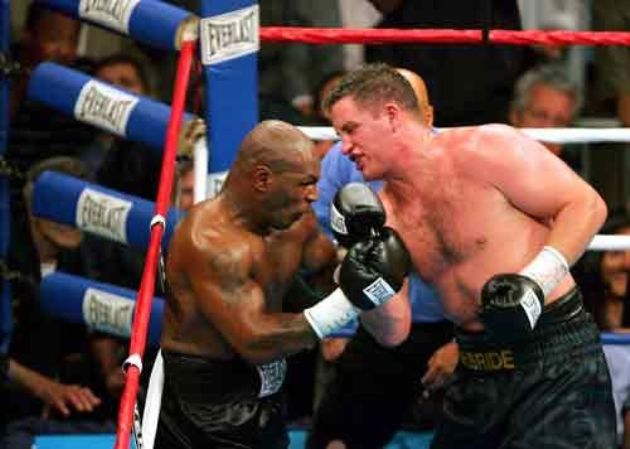 Irish heavyweight Kevin McBride, a 6-foot-6 fighter who is best known for defeating Mike Tyson in the final fight of the former champion’s career in June of 2005, will be profiled in a 13-minute film entitled “I Beat Mike Tyson.”

The film rediscovers McBride, 39, raising his children in a gritty Boston suburb, his body deteriorating, and can be viewed on the sharing site, Vimeo, as well as on http://www.shortoftheweek.com and, http://ibeatmiketyson.com.

McBride lost his past two fights by unanimous decision and fourth-round knockout to Tomasz Adamek and Mariusz Wach in April and July of 2011, respectively.

During a conversation with his wife prior to facing Adamek, McBride rationalizes his reasons for continuing to fight:

“Now, it’s not about the money … It’s about restoring sanity in my own head so I don’t be sitting on a cliff. My next fight could be my last fight, or it could be an opening for a bigger fight.”

The clash between former RING light heavyweight and middleweight champion Bernard Hopkins (52-6-2, 32 KOs) and IBF 175-pound beltholder Tavoris Cloud (24-0, 19 KOs) is being formally announced during a 12:30 p.m. press conference on Tuesday — Hopkins’ 48th-birthday — at Barclays Center in Brooklyn, where the two combatants will meet on March 9.

Promoted by Don King, who handles Cloud, and Golden Boy Promotions, which represents Hopkins, the fight was approved by the IBF providing that the winner of Hopkins-Cloud agrees to make his first defense against IBF mandatory challenger Karo Murat, of Germany, who is 3-0-1, with two knockouts since being stopped in the 10th round in September of 2010 by current WBO beltholder Nathan Cleverly (25-0, 12 KOs).

With a victory over Cloud, Hopkins would extend his own record as the oldest man to win a significant crown, a feat the Philadelphia native accomplished at the age of 46 with a unanimous decision over Jean Pascal for the WBC’s light heavyweight belt in May of last year.

Hopkins was last in the ring in April, when he lost a majority decision to RING and WBC champion Chad Dawson.

Cloud, who is 30, is looking to make the fifth defense of his belt and is coming off a controversial split-decision victory over Gabriel Campillo in February of last year. 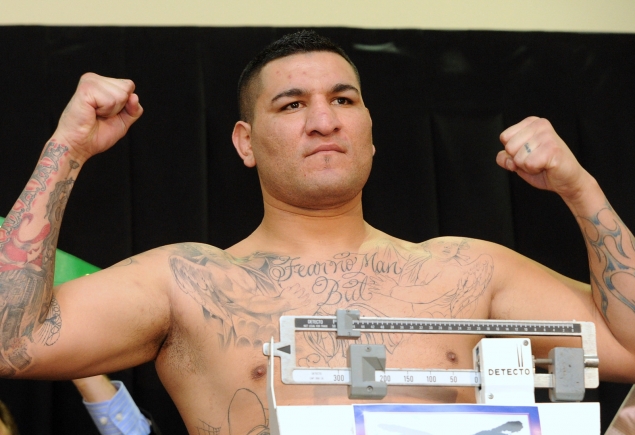 Arreola-Stiverne will be televised from Costa Mesa, Calif.

The winner of Arreola-Stiverne would be in line to challenge 41-year-old WBC titleholder Vitali Klitschko (45-2, 41 knockouts), who scored his 13th straight win and his 10th stoppage victory during that run against Manuel Charr (21-1, 11 KOs) in September.

The 6-foot-4 Arreola will be after his eighth straight win, his sixth knockout during that span and his third consecutive stoppage victory against Stiverne.

Arreola, 31, has not been in the ring since February of last year, when he came up with a first-round knockout over Eric Molina (19-2, 14 KOs). Arreola suffered his two losses against Klitschko by 10th-round knockout in September 2009, and by majority decision to Tomasz Adamek in April of 2010.

Stiverne, 34, is 10-0-1, with eight knockouts in his past 11 fights, including five first-round stoppages during that time. Stiverne’s lone defeat was by fourth-round knockout against Demetrice King in July of 2007. 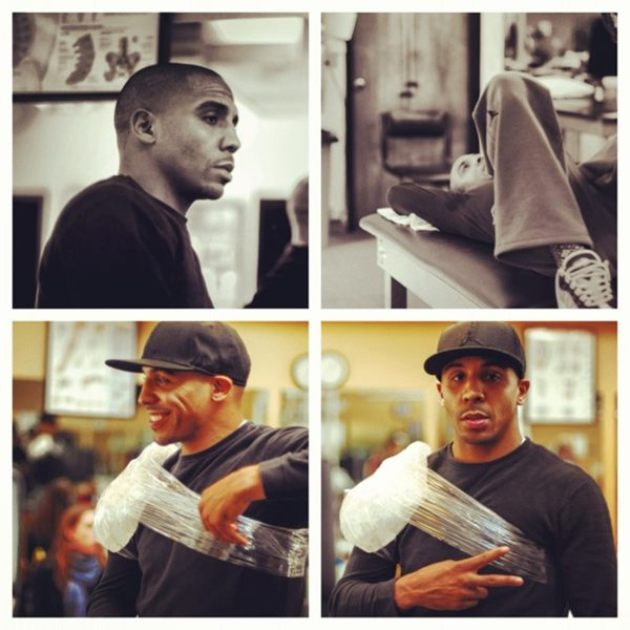 Photos have been released of RING, WBA and WBC super middleweight champion Andre Ward following his first day of rehabilitation after having endured successful surgery earlieir this month to repair his injured right shoulder.

Ward received his treatment at Activecare Physical Therapy in San Francisco, and both the fighter and his physical therapist, Lisa Giannone, were pleased with his first session.

“I had a good first day of physical therapy on Monday. It was short and sweet, and I have a good range of motion one week out of surgery. During our first session, my physical therapist wanted to make sure that everything is healing properly and it is,” said Ward.

“After being at home for the past 10 days, I was happy to get out of the house and get to work on my recovery. I am going to be smart and listen to what my doctors and physical therapist tell me, but I look forward to a fast recovery,” Ward said. “I am going to put the same energy and focus that I put into boxing into my rehab. Like I tell my mother, I’m a professional athlete and I heal faster than the average person.” 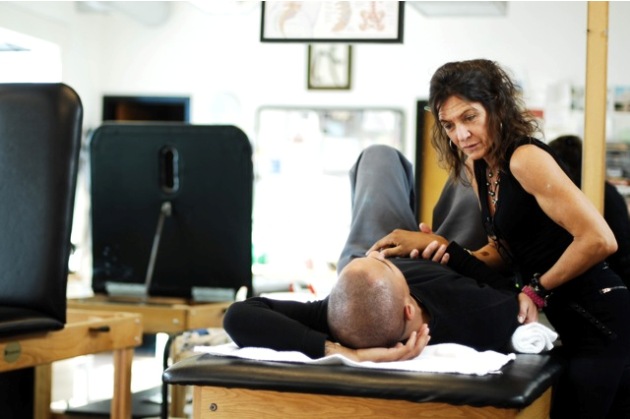 The shoulder problem forced the cancelation of Ward’s scheduled March 2 HBO-televised defense against former undisputed middleweight titleholder Kelly Pavlik. Ward will be “out of action for an indefinite period,” according to Ward’s promoter Dan Goossen of Goossen Tutor Promotions.

The clash with Pavlik already had been rescheduled from Jan. 26 to Feb. 23 after Goossen had informed RingTV.com that Ward had only “tweaked his right shoulder in training.”

Ward had informed RingTV.com exclusively of his impending operation.

Nearly a month after having lost his controversial rematch to Tomasz Adamek in a clash 36-year-old heavyweight, former light heavyweight and cruiserweight titleholders, rival Steve Cunningham wished his advesary well upon hearing the news of Adamek’s recent drunk driving charge.

According to the Associated Press, Adamek (48-2, 29 KOs) has been charged with driving while intoxicated after police say he crashed his car into a parked vehicle in Lake Placid, N.Y., while while making a turn late this past Saturday night.

Adamek made a hospital visit and was apparently uninjured, even as he was arraigned and released after posting $1,000 bail.

“I hope that no one was hurt seriously in the accident, but that doesn’t excuse drinking and driving, if that’s what happened,” said Cunningham, who is 25-5 with 12 knockouts.

“I hope for the best for Adamek, I hope that he’s healthy and well, and I hope for a speedy return, and that, hopefully he’ll allow me to me to get into the ring with him for a third time.”

An ex-RING 200-pound champion, Cunningham waited nearly four years to the day to avenge what was the second loss of his career. Cunningham was dropped three times while losing his IBF belt by split decision to Adamek on Dec. 11, 2008.

Adamek entered his second bout with Cunningham after September’s fifth-round stoppage of journeyman Travis Walker, and having lost just once in 10 heavyweight fights.