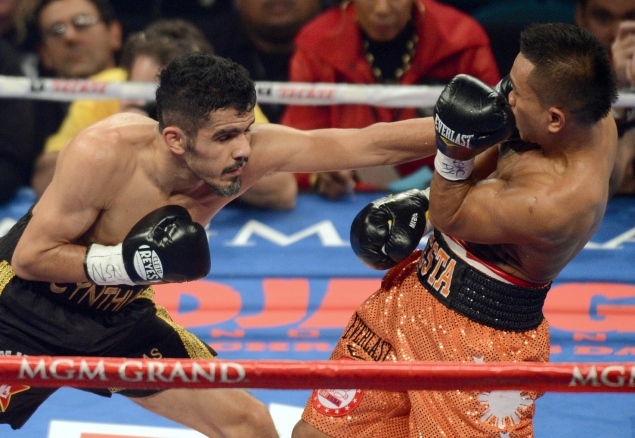 “I told him that once he sends us the formal request, with the date and the site, that we’ll approve it. So he said that he is going to try to get it to me tonight.”

Vazquez (33-3, 13 knockouts) is coming off a unanimous decision over previously unbeaten prospect Mercito Gesta (26-1-1, 14 KOs), a victory that marked his fifth title defense and his 12th straight win during a run.

A talented 29-year-old boxer, Burns (35-2, 10 KOs) would be after his 21st consecutive win and his eighth stoppage during that run against Vazquez. The Scottsman is coming off a fourth-round stoppage of world-ranked Kevin Mitchell last September.

Burns-Vazquez is to include a defense by WBO lightweight beltholder Nathan Cleverly (25-0, 12 KOs) against Robin Krasniqi (39-2, 15 KOs), a winner of 38 consecutive bouts, 14 by knockout.