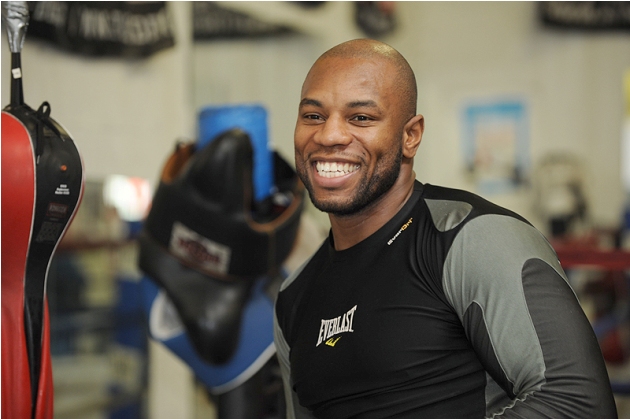 “When I went back in the dressing room after the fight, when I talked to [advisor,] Al Haymon, I asked him two questions,” said Mitchell, of the Nov. 17 setback. “I asked him how much did this set me back and when can I get a rematch.

“The first two days, it was like you just said, did this really just happen? Did I just lose this fight?,” said Mitchell, who, like Banks, is 30 years old.

“But actually, it was better that it happened that way than if I’d have went out there and just got totally outclassed with four, five, six rounds and then got knocked out.”

A married father of both a young son and daughter, Mitchell said the loss put a huge damper on his Thanksgiving Day celebration.

“I’m an optimistic person. I try to look at the glass as half full, but it was difficult. Like I say, thanks to Johnathon I didn’t enjoy my Thanksgiving,” said Mitchell.

“Even though, it was funny, I’m looking at my wife, she’s cooking dinner and everything and the kids are running around, all of the blessings that I have around me, but I still had that sickening feeling in the pit of my stomach.”

Mitchell and Banks will return to the site of their last fight on Feb. 16 at the Boardwalk Hall in Atlantic City, where they will engage in a rematch to be televised, yet again, on HBO.

“I want to get this nasty taste out of my mouth. I want to win the fight. This is what I do to support my family as of right now, and I have to continue to win. So, I wouldn’t necessarily say that it’s redemption because Johnathon, he came out there and he did what he was supposed to do, and that’s what I plan on doing this time. I plan on coming out victorious,” said Mitchell. 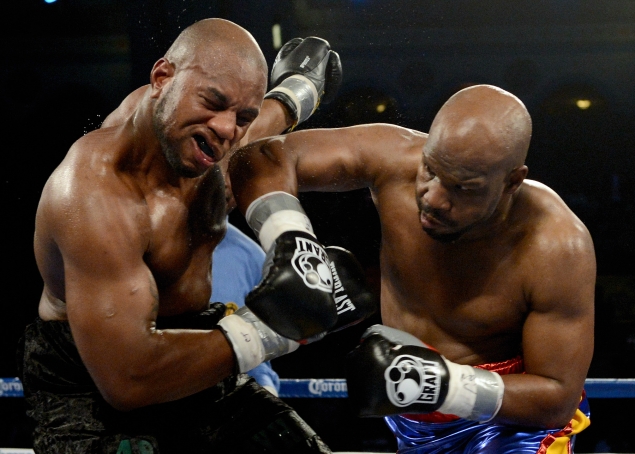 Both Mitchell and Banks agree that the jab was the key in their initial clash. Mitchell won the first round primarily by working his way forward behind his jab, only to abandon it too swiftly.

But Banks said he expects Mitchell to make adjustments.

“The difference is knowing that you’re going against a top level guy, knowing you’re going against someone who’s, like he said, you want to right a wrong that’s done. So he has to look at himself. He already said he knew what he did wrong, so that’s already being corrected as we speak. So, therefore, I just figure that when I say I’m facing a different guy,” said Banks.

“I think he’s going to come at me a little different, and I have to come at him different, because we’ve been in a squared circle together once before. So, we’ve both got to come at each other a little different. It would be very ignorant of me to walk in on this fight thinking the same thing, that I’m fighting the style of guy, same type of guy I fought the first match. I’m not going to do anything like that.”

ADRIEN BRONER’S NOT AVERSE TO RISK-TAKING AGAINST GAVIN REES 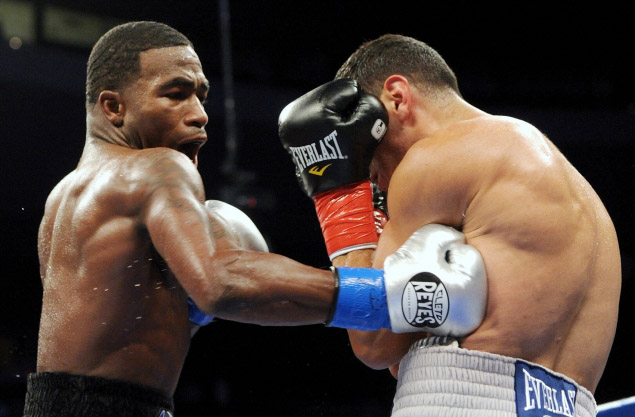 Banks-Mitchell II will be on the undercard of a main event featuring challenger Gavin Rees (37-1-1, 18 KOs), of Wales, against WBC lightweight titleholder Adrien “The Problem” Broner (25-0, 21 KOs), a talented 23-year-old, stylistic boxer-puncher who said he would not be averse to taking risks against Rees.

“It’s not about the fans. It’s just different strokes for different folks. Like I said, I can still stand in front of a guy and not get hit,” Broner, a former WBO junior lightweight titletholder who will pursue his sixth straight knockout against Rees, and is coming off November’s eighth-round knockout that dethroned Antonio DeMarco in Atlantic City on HBO.

“You don’t have to move just to not get hit. There’s a lot of certain ways, you can do certain things that you just won’t get hit and I was blessed with the talent and I can do it all. Like I said, I can brawl like a bang, but at the end of the day, people don’t hit me much.”

Reese, 32, is 10-0-1, with five knockouts since, himself, having been dethroned as junior welterweight titleholder via 12th-round stoppage by Andreas Kotelnik in March of 2008.

Reese has earned consecutive victories over previously unbeaten fighters John Watson and Andy Murray by 11th-round knockout and unanimous decision in November of 2010 and June of last year, respectively.

After battling to a draw with Derry Mathews in October of last year, Rees scored two straight knockouts, the last in the ninth round over Mathews in July.

Rees is making his debut in the United States.

“It’s every kid’s dream, every person’s dream to box in a big show in America, and to fight the champion. And, obviously, a dream come true to win a title off him,” said Reese. “He’s a great fighter, as I said, and to come home victorious, and be a world champion myself, would be my dream.”

Rees said he is prepared for Broner, having seen enough of him to have familiarized himself with the style of the Cincinnati, Ohio, native.

“There’s loads of videos. I see him box all the time. He’s, obviously, a very talented boy for his age, even for anybody’s age. He’s a great kid, so I’m really looking forward to the fight and just glad they’re giving me this chance to prove how good I am,” said Rees.

“I’ll just go in with my own game. And I’ll let him worry about that. He’s a tricky customer. I’m not only too daft, you know he’s clever. So, we’ve got a plan, okay? So no problem.”