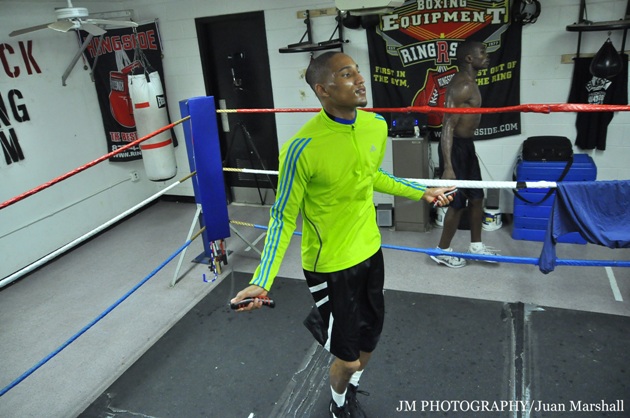 Unbeaten Alantez “SlyAza” Fox hasn’t cut any corners in advance of Saturday night’s fight at The Rosecroft Raceway in Forestville, Md., one which represents the 20-year-old junior middleweight’s first as the main event.

During a recent interview with Juan Marshall that was conducted in the sweltering, sauna-like conditions of the D-Block Gym in District Heights, Md., the 6-foot-5 Fox (8-0-1, 4 knockouts) said that he has sparred more than 50 rounds over the course of the month he has spent preparing for the six-rounder against Julius Kennedy (7-2-1, 3 KOs), of Windsor Mill, Md. .

Although Fox has gone farther than four rounds just once — battling to an eight-round draw — Kennedy has twice gone the 10-round distance, losing by majority decision to Baltimore’s Jessie Nicklow in September of 2010 before losing his next fight against Scott Sigmon in December of that same year.

Kennedy also owns a six-round, unanimous decision victory over Aaron Pryor Jr., handing the son of the Hall of Fame former world champion only his second loss at the time in April of 2009.

“I think that he’s a tough guy, and I expect him to come forward,” said Fox, who is trained by his father, Troy Fox, and promoted by Mario Yagobi, of Boxing 360. “His nickname is ‘Relentless,’ so I’m thinking that he’s going to try to apply a lot of pressure and to push the pace. Hopefully, I’m going to break him down.”

“It seems like he’s going to come in there and fight. I saw a video of him after his fight with Nicklow, and he was knotted up pretty badly. So, I’m guessing that he’s planning to get hit a lot, which he will if he comes at me that way.” 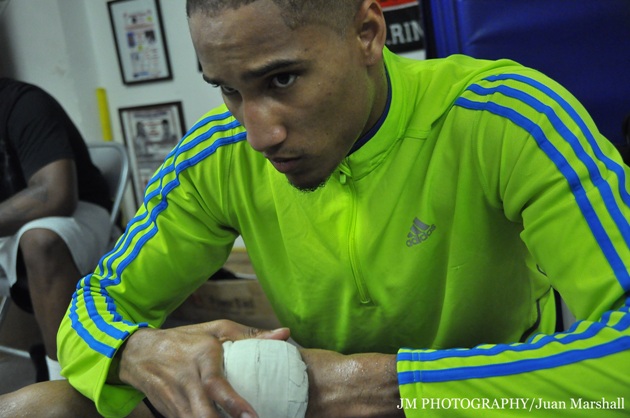 “I think that as far as my crowd goes, I think that I will attract a little bit more than I have in my past fights. I had a lot more people coming the last one with Jimmy LeBlanc, but I think that it will double this time. If I get more people, than that would be awesome,” said Fox.

“I would probably say that this is probably considered a step up for me, based on the fact that he has been 10 rounds before, but when I fought Frank Glarza, he was another undefeated fighter when I was undefeated, so that was a step up, and I’m ready to handle this next fight better than that.”

Fox said he plans to use Kennedy’s aggression against him.

“Kennedy gets hit a lot, and he likes to stand in there and brawl, so that’s not me. I’m going to bring a whole different perspective to him, totally. No matter what he does, I’m going to keep turning him and trying to use my length on him. I have a 79-inch reach, and overall, everybody has to come in. There is no way to beat me from a distance, because I’m just too long,” said Fox.

“Not only am I too long, but I can move. My ability to move augments my length, because I’m moving and turning you, and while you’re fighting to get in there, I’m still fighting to keep you out. I’ll keep that going all the time, so he’s no different. He’s listed as 5-8, so he’s going to have to work a little bit harder than most people, because he’s one of my shorter opponents, to be honest with you.” 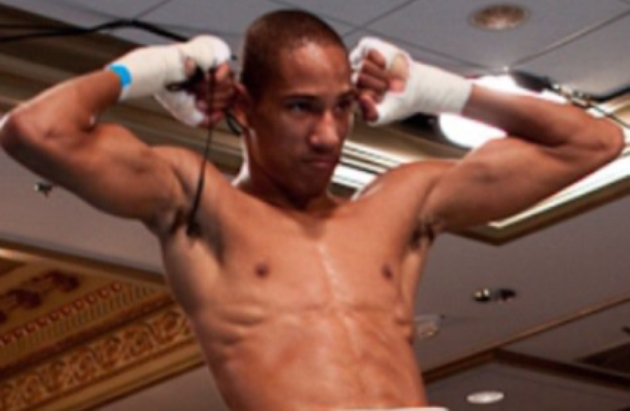 Although they are no longer together, Fox’s skills initially caught the attention of Las Vegas-based manger to the stars Cameron Dunkin, who also handles the careers of Nonito Donaire, Tim Bradley, Brandon Rios, Mikey Garcia, Kelly Pavlik and Jesse Vargas, among others.

“Right now, my promoter is Mario Yagobi, of Boxing 360 Promotions, and he’s doing a really good job as far as my level of activity. Cameron and I have parted ways, and I’m not saying that there is any bad blood on my end, and I’m hoping that it is the same with him. I’ve fought twice under 360, and I’m liking what’s going on right now. I just expect to put on a show, and everybody should expect to see one out of me,” said Fox.

“It’s always going to be flashy, and I want it to be as clean as possible, but I know it’s probably going to be a dogfight. I’m just going to make it look as good as I possibly can. I don’t call myself ‘SlyAza’ Fox because I go in there and try to bang everybody out. I call myself ‘SlyAza’ Fox because I move, and I try not to get hit as much as possible, and I’m hoping everybody will recognize my talent when they see it.”