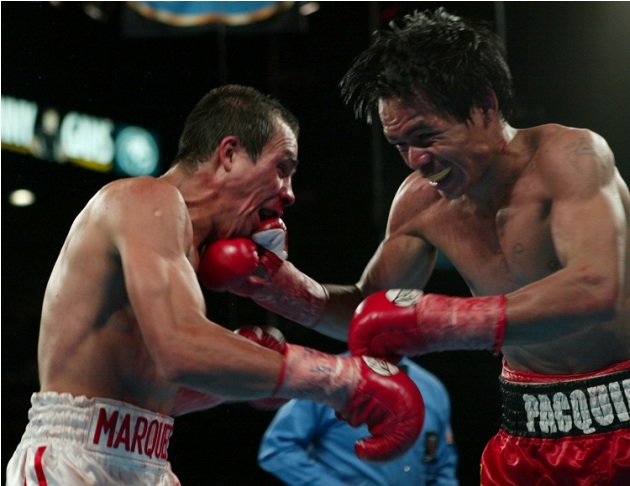 Manny Pacquiao will be face-to-face with Juan Manuel Marquez for the fourth time in an HBO Pay Per View-televised clash on Dec. 8 at the MGM Grand in Las Vegas.

In November, Pacquiao (54-4-2, 38 knockouts) escaped with a highly disputed majority decision over Marquez (54-6-2, 39 KOs), with whom he has also battled to a draw and won a previous split decision.

In a training blog distributed by HBO, Pacquiao recalled his first bout with Marquez:

MONDAY, NOV. 12: “The first fight with Juan Manuel M├írquez was very exciting. Everyone was saying that it was a matchup between the two best featherweights, and that was contagious to me. I trained very hard with Freddie Roach, and I was really looking forward to it.

“After I knocked M├írquez down for third time in the first round, and I headed back to the corner, I was thinking ‘It’s over. If I throw a few more left hands, I’ve got him, and I can end this in the second round.’ Freddie was telling me the same thing.

“So I threw more lefts at M├írquez, but the problem was I didn’t land them this time. I might have been a little impatient trying to end the fight, and looking back now, those misses gave him time to recuperate a bit and adjust his game plan against me.

“I was really surprised at how hard M├írquez fought and got himself back into the fight. That really impressed me. But better than that, we gave the fans a great fight to watch. 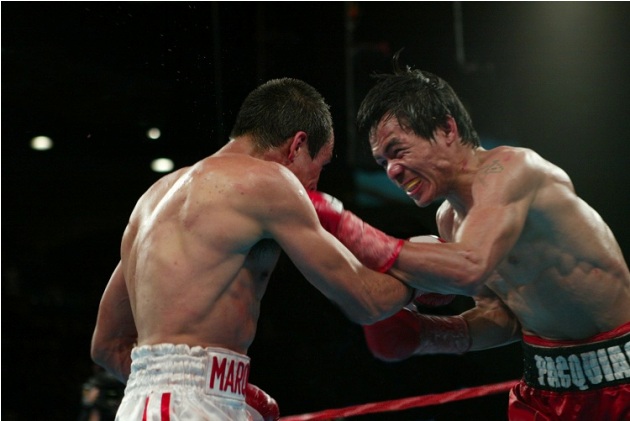 “Toward the latter rounds, because I was wearing socks that were very thin, I had developed blisters on my feet, making it very difficult for me to move as effectively as I had during the earlier rounds. I had to fight more flat-footed than we had trained.

“No question I won those last two rounds, and I hurt him in the 12th round when he came out in a southpaw stance and I was able to land some very hard shots. I remember him looking unsteady after I hit him.

“It was called a draw, but if the one judge had correctly scored the first round 10-6 for the three knockdowns instead of 10-7, I would have won the decision. But then again, maybe we wouldn’t have had the great fights together that followed if he had?”