Marquez: ‘I was getting to Pacquiao easily’ 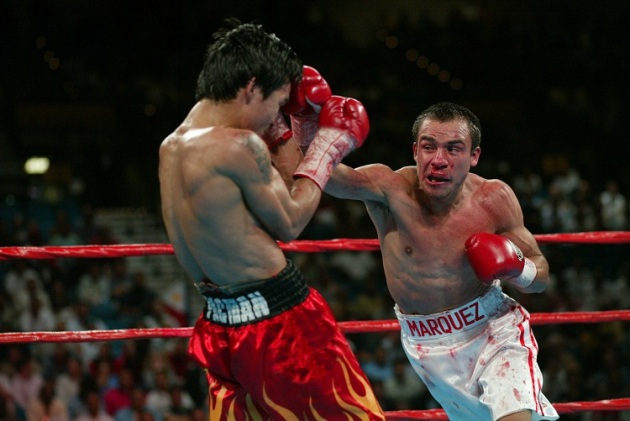 Juan Manuel Marquez will meet Manny Pacquiao for the fourth time in an HBO Pay Per View-televised clash on Dec. 8 at the MGM Grand in Las Vegas.

In November, Pacquiao (54-4-2, 38 knockouts) escaped with a highly disputed majority decision over Marquez (54-6-2, 39 KOs), with whom he has also battled to a draw and won a previous split decision.

In a training blog distributed by HBO, Marquez recalled his first bout with Pacquiao:

MONDAY, NOV. 12: “I was very excited to face Manny Pacquiao. In his last fight, he had moved up to featherweight and totally destroyed Marco Antonio Barrera in impressive fashion. After seeing that fight, my trainer, Nacho Beristain, and I put in the hardest training camp I had ever had in preparation for defending my titles against Pacquiao 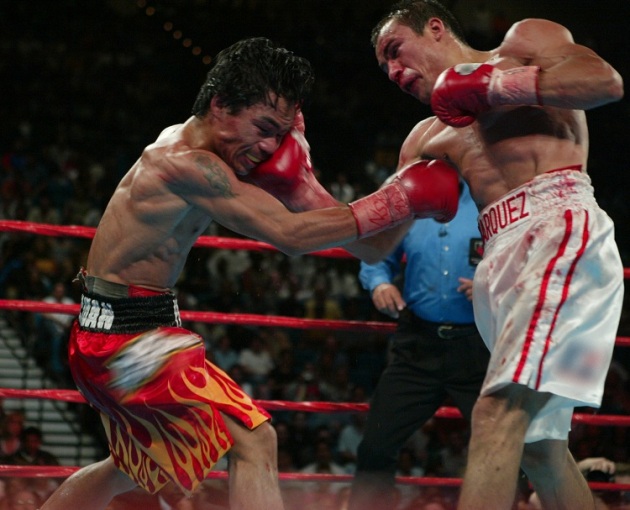 “In the first minute of the fight, I was getting to Pacquiao easily. He seemed very tentative and I decided this would be a good time to be more aggressive – as a surprise attack — and back him up.

“But I got careless because of the early success I had with my aggressive offensive attack, and Pacquiao got caught me twice with punches I did not even see. His speed and his movement were extraordinary.

“Each time I got up from those two knockdowns, I was even more determined to get him. I was impatient and careless, and that was a mistake, because he knocked me down a third time. But this time, I saw the punch but I couldn’t block it.

“As I went down that third time in round one, all I could think about was all the work that I had done for this fight and how I was not going to allow it to be wasted in the first round. I got up went to my corner and did not feel all that bad physically because my conditioning was great.

“In the corner between rounds, Nacho emphasized that there were still 11 rounds left in this fight, and if I stuck to our training camp strategy, I could pull myself out of the hole that had me down
so deep after just one round.

“‘Win one round at a time. You can do it. This is still your fight to win. You’re the better and more complete fighter,’ Nacho said. After a tough second round I got my legs under me and won the next 10 rounds. 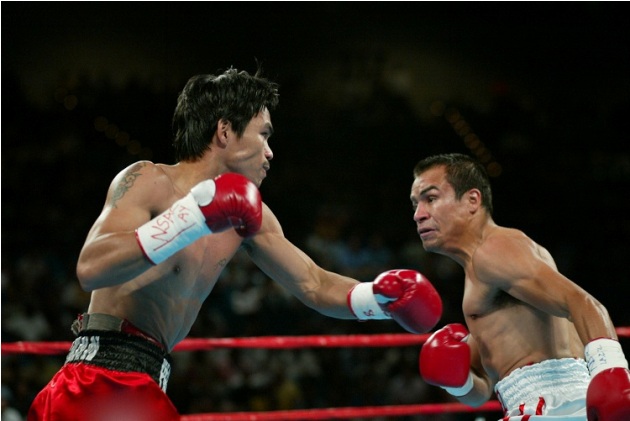 “I attacked him before he could get set and stayed away from his left hand. He had no other weapons besides his left, and he had no answers to my counter-punching and movement.

“I got up from three first-round knockdowns and gave him a boxing lesson for the final 10 rounds. I won the fight with no doubt in my mind, and I’m sure no doubt in Pacquiao’s either.”