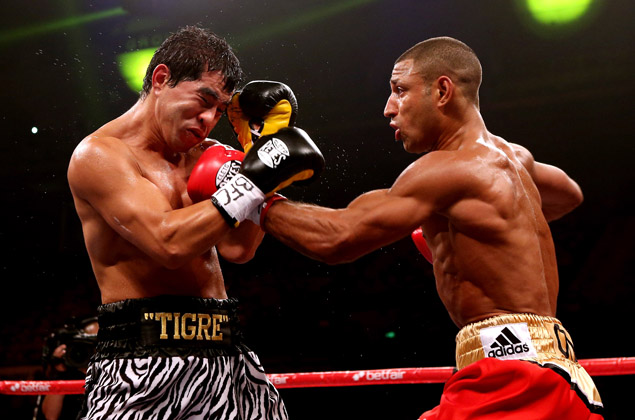 The manager and trainer of newly-crowned IBF welterweight titleholder Devon Alexander has confirmed that a deal has been reached for a defense against England’s unbeaten Kell Brook on Jan. 19 in the United States.

Alexander (24-1, 13 knockouts), a 25-year-old southpaw, is coming off last month’s unanimous decision over hard-punching Randall Bailey, and Brook (29-0, 19 KOs), who is 26, off last month’s third-round stoppage of Hector Saldivia.

BoxingScene.com first reported the news, citing Golden Boy CEO Richard Schaefer, who also said that the planned bout between WBC and WBA titleholder Danny Garcia (25-0, 16 KOs) and southpaw Zab Judah (42-7, 29 KOs) will be moved from Jan. 19 to Feb. 9 and be televised on Showtime from Barclays Center in Brooklyn.

“We’ve agreed to fight on Jan. 19, and it’s going to be in the United States. I like the fight, and I never had a problem with the fight,” said Alexander’s manager and trainer, Kevin Cunningham.

“We just wanted to make sure that it came to the United States, and that’s all that we wanted. We don’t have a problem fighting our mandatory, just come to America, where the biggest and best fights take place, and we can get it on.”