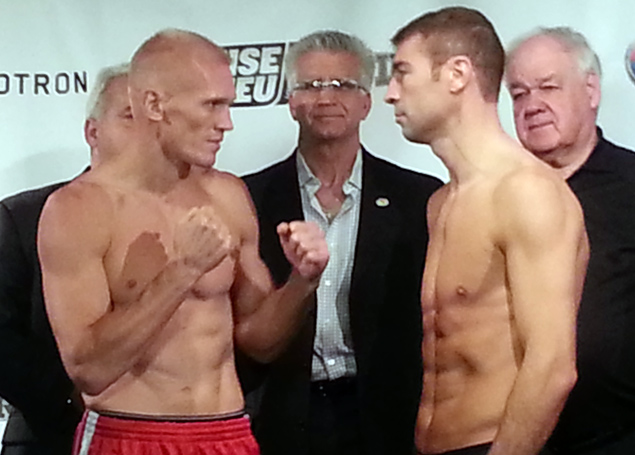 MONTREAL — Lucian Bute and Denis Grachev not only made weight for their light heavyweight showdown on WealthTV tomorrow night, they nearly made the super middleweight limit.

Grachev came in light at 168.9, while Bute looked shredded as usual at 169 pounds. Click here to watch a video of the Bute-Grachev weighin.

Things weren’t so smooth on the scales for the co-feature, however. 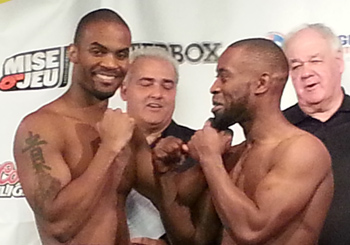 Allan Green weighed in nearly four pounds overweight for his contracted 175-pound bout with Renan St. Juste. Green stepped on the scales before the proceedings began, and appeared shocked at the number appearing on the screen. Ten minutes later, he weighed in for real and was indeed quite heavy.

Just yesterday, “The Ghost Dog” spoke of how comfortable he was at 175, that he would no longer have trouble making weight, and that he would never again fight at a catchweight.

All of those claims turned out to be wrong, whether he intended them to be or not. Interbox director of operations told RingTV that he expected the bout to go on with Green fighting heavy, however financial compensation will have to be given to St. Juste.