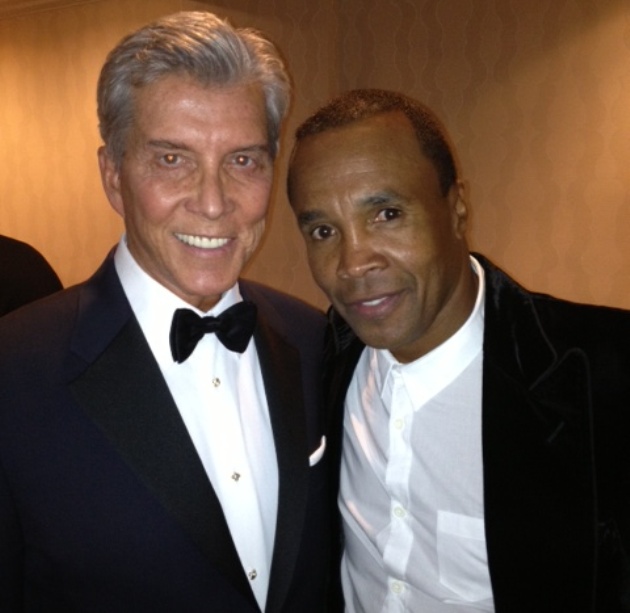 The evening includes auctions, entertainment and live professional boxing matches, with proceeds funding organizations which provide education and healthcare services to needy kids. The event was held in spite of the difficulties brought on by Hurricane Sandy, which ravaged much of the East Coast starting early this week.

“Fight night 2012 was again a successful fundraiser. It was difficult for the board after losing the much-loved founder, Joe Robert, but they regrouped and did a great job with another Washington, D.C. power-broker turnout, raising over a million dollars,” said Buffer, who was on hand along with former heavyweight contender Gerry Cooney.

“I have participated in 18 of the 23 Fight Nights. Of the legends present, SRL (Leonard), Whitaker and Mancini looked exceptionally great — slim, athletic and only a few pounds over their prime fighting days. It was great to see that.”

Entertainment was provided by The Washington Redskins’ cheerleaders, alongside R&B legend MC Hammer. The memory of Hall of Fame trainer, Emanuel “Manny” Steward, who died on Oct. 25 at the age of 68, was not lost on those present, particularly Buffer.

“Friday is my birthday. [I will be] 68. No celebration this year because of the passing of Manny,” said Buffer, who called Steward “an icon” during an interview with RingTV.com. “It’s still tough to feel good about anything. It will take a long time to get over this loss.”