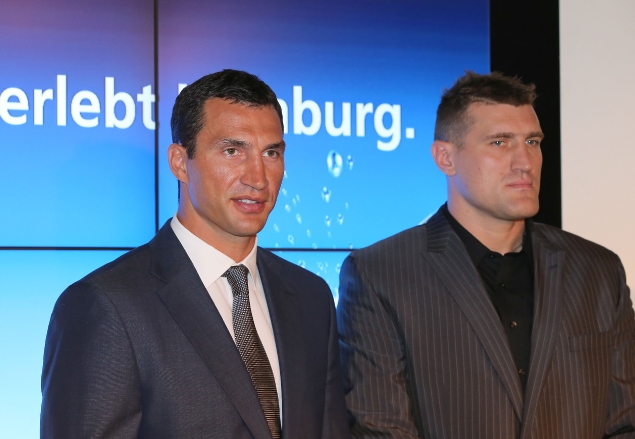 A tribute to the Hall of Fame trainer Emanuel “Manny” Steward, who died on Oct. 25 at the age of 68, will highlight the EPIX-televised clash between RING IBF, WBA and WBO heavyweight champion Wladimir Klitschko and Polish-born challenger Mariusz Wach on Nov. 10 from the O2 World Arena in Hamburg, Germany.

Steward’s initial fight with Klitschko was not an auspicious one, his debut being Klitschko’s fifth-round knockout loss to Lamon Brewster for the WBO’s vacant crown in April of 2004.

For his Klitschko’s next fight, a fifth-round, technical decision victory over DaVarryl Williamson in October of that year, Steward brought in Johnathon Banks as the chief sparring partner.

Klitschko (58-3-1, 51 knockouts) has gone unbeaten since the bout with Williamson, and will be after his 17th straight victory and his 13th knockout during that run against Wach (27-0, 15 KOs).

Against Wach, Klitschko, 36, will be trained by Banks (28-1-1, 18 KOs), who has also, at times, sparred with Wladimir Klitschko’s older brother, WBC heavyweight beltholder Vitali Klitschko.

A 30-year-old Detroit resident, Banks learned that before Steward passed away, it had been the legendary, two-time Trainer of The Year, himself, who had instructed Klitschko to allow Banks to take his place.

But the 6-foot-6 Klitschko will be looking up at an opponent for the first time in his career in the 6-7 1/2 Wach, of North Bergen, N.J., whom Steward had considered to be a difficult rival during an interview with RingTV.com in August.

“The big challenge for me is Wach’s height. It is the first time that I am facing an opponent who is taller than me and has a better reach,” said Klitschko, who is coming off his last fight with Steward, a sixth-round knockout of Tony “The Tiger” Thompson in a July rematch of Klitschko’s 11th-round stoppage of Thompson in July of 2008.

“He is unbeaten, a big puncher and has an irrepressible will. To fight in Hamburg once again is very special to me: I started my professional career here, and last year Vitali’s and my dream to unify all heavyweight titles in the Klitschko family became true.”

For his part, Wach does not want to go the way of his countrymen, Albert Sosnowski, and, Tomasz Adamek, who were stopped in the 10th round of separate bouts by Vitali Klitschko in May of 2010, and, September of last year, respectively.

Wach has won his past seven fights by knockout, and owns a fourth-round stoppage victory in July of last year over Kevin McBride, whose sixth-round knockout in June of 2005 retired Mike Tyson.

“My fellow countrymen, Adamek and Sosnowski, did not have what it takes to beat a Klitschko,” said Wach, 32, pointing out that the under-sized Adamek is a former light heavyweight and cruiserweight titleholder.

“I am not a former cruiserweight, but a real heavyweight. Klitschko will take a lot of hard punches before I knock him out. I will be the first Polish world heavyweight champion.”

On the being televised on EPIX as the Klitschko-Wach co-feature is the return of heavyweight Robert Helenius (17-0, 11 KOs) opposite Sherman “Tank” Williams (39-11-2, 19 KOs), of Vero Beach, Fla., from on Nov. 10 at The Ice Hall in Helsinki, Finland.

Click here for a video promotion of the EPIX show

Nicknamed The “Nordic Nightmare.” Helenius is coming off a split-decision victory over Dereck Chisora in December, after which he had to recover from a shoulder injury.

“I will be ready for the Tank. My shoulder has healed very well,” said Helenius. “My other arm has gotten much stronger now, so I will do damage with both hands. It┬┤s great to make my comeback fight in Finland.”

Williams is coming off a majority decision over Chauncy Welliver in June.

“I look forward to coming to Finland. I will bring some sunshine to Helsinki,” said Williams. I have a special punch, the Conch Punch, an overhead right, and the Tank will catch Robert with that shot. That is my special weapon which will help me to win this fight.”

EPIX will begin televising the event at 4:30 p.m. ET/ 1:30 p.m. PT, and EpixHD.com will stream the fights live as part of a special free trial offer for boxing fans.

The broadcasts will also be live streamed and, as has become the custom, presented by closed-captioned simulcast on the jumbotron in New York City’s Times Square at Broadway between 44th and 45th Streets. 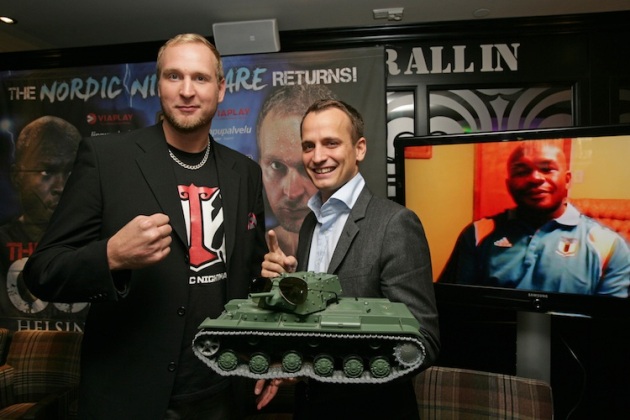 The 6-foot-3 Banks is 8-0-1 with four knockouts in his past nine bouts, last falling by eighth-round stoppage as a 200-pounder to Adamek in February of 2009 at Prudential Center in Newark, N.J.