Pacquiao lands in LA, will continue preparation for Marquez with Roach 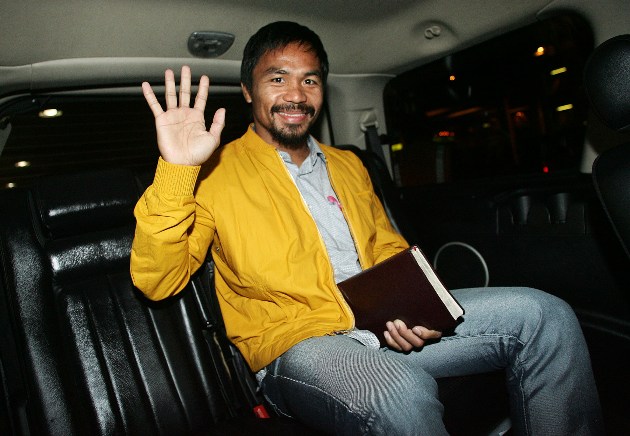 Eight-division title-winner Manny Pacquiao had “already been sparring for two weeks” in his native Philippines before arriving at LAX International Airport in Los Angeles at 8:05 p.m. on Saturday to begin training with Freddie Roach for his fourth bout against four-division title-winner Juan Manuel Marquez, whom he will fight on Dec. 8 at the MGM Grand in Las Vegas.

“We’ll start at Wild Card on Monday, but we’ve already been trainning for three weeks in the Philippines. So we’ve moved our camp for now,” said Koncz, referring to Pacquiao’s preparation with longtime friend and Roach assistant, Restituto “BuBoy” Fernandez. 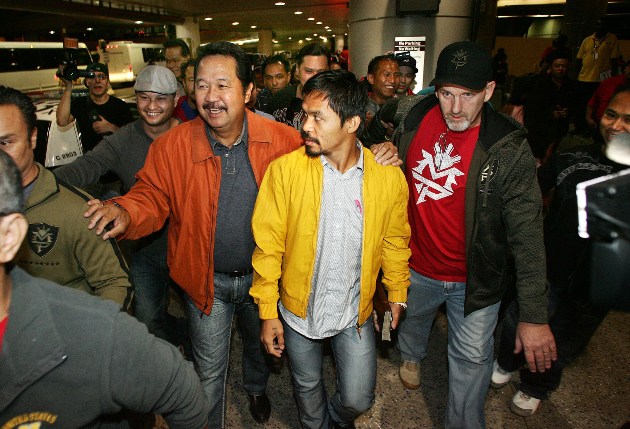 “We’ve already been sparring for two weeks in the Philippines, and then Manny and I both spoke to Freddie early last week, and Manny asked Freddie to have sparring ready for here.”

In November, Pacquiao won an unpopular and highly-disputed majority decision over Marquez, who has also battled Pacquiao through a draw and a split-decision loss previously. Bradley ended a 15-bout winning streak for Pacquaio that included eight knockouts.