Pacquiao lands Saturday in LA to train for Marquez 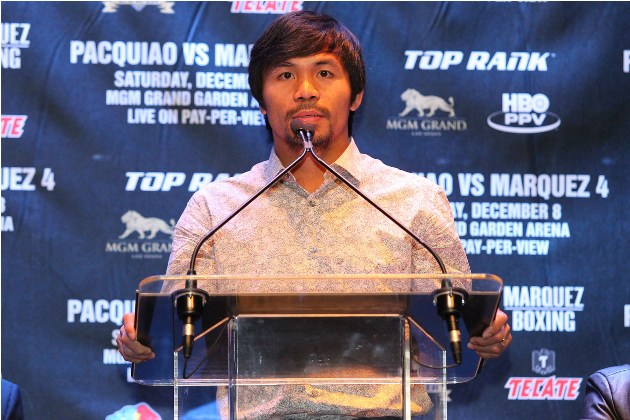 Eight-division title-winner Manny Pacquiao will arrive at LAX International Airport in Los Angeles on Saturday at 8:05 p.m. on Philippinnes flight 102 to begin training with Freddie Roach for his fourth bout against four-division title-winner Juan Manuel Marquez, whom he will fight on Dec. 8 at the MGM Grand in Las Vegas.

In November, Pacquiao won an unpopular and highly-disputed majority decision over Marquez, who has also battled Pacquiao through a draw and a split-decision loss previously. Bradley ended a 15-bout winning streak for Pacquaio that included eight knockouts.

Roach will begin working with Pacquiao at his Wild Card Boxing Club in Hollywood, Calif.,