Cano may return to 140 after loss to Malignaggi at 147 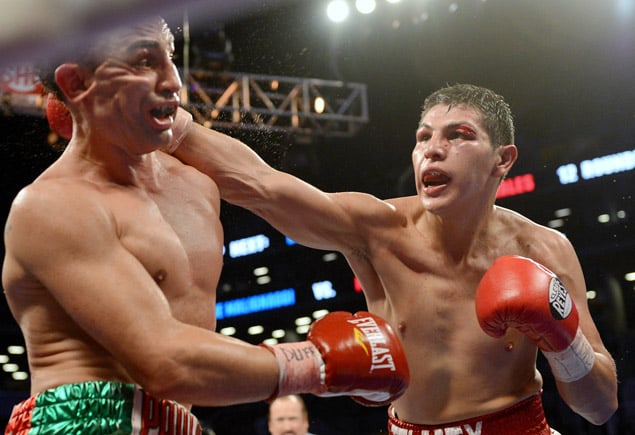 BROOKLYN — The next fight for Mexico City’s Pablo Cesar Cano could be a return to the junior welterweight ranks following Saturday night’s Showtime-televised split-decision loss to WBA welterweight titleholder Paulie Malignaggi at Barclays Center, according to the fighter’s manager, Rolando Arellano.

Cano (25-2-1, 19 knockouts) was to make his 147-pound debut opposite Malignaggi (32-4, 7 KOs), but failed to qualify for the division’s limit after three attempts to make weight on Friday after having fought as a lightweight and junior welterweight in the past.

“I’ve got a world champion on my hands. I am of the opinion that we won the fight. Toward the later rounds, the fifth, sixth rounds, we were putting the pressure on,” said Arrellano of Cano, whose facial features suffered severe punishment.

“Considering the circumstances that he had his eyelid half open, and this kid didn’t give up, and his corner did an excellent job of maintaining it, it was a great effort. I think we won the fight.” 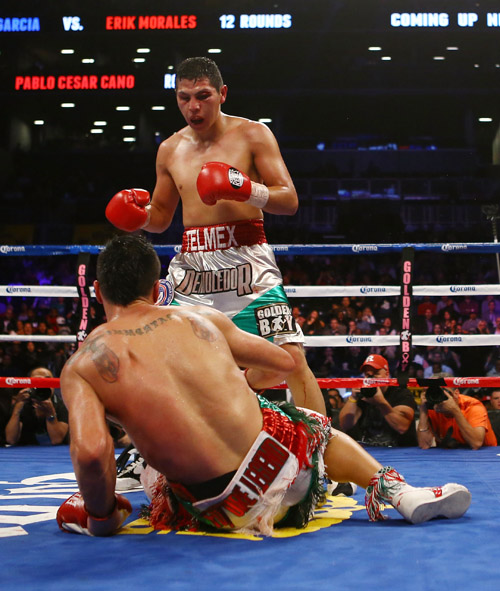 Cano had won three straight fights, two of them by knockout, since being stopped by Erik Morales in the 10th round of his junior welterweight debut in September. In July, Cano earned the WBA’s interim 140-pound belt with a seventh-round majority decision over previously unbeaten Johan Perez.