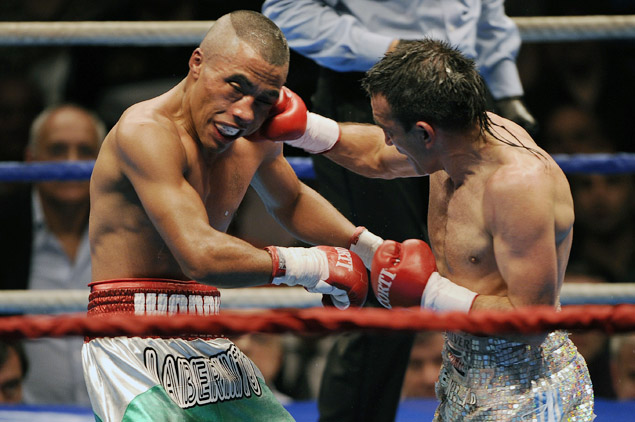 There might not be much demand for future appearances by Omar Narvaez in America, but the long-reigning two-division titlewinner can still draw a crowd in his native Argentina.

A sizable contingent was on hand Saturday at the Estadio Luna Park in Buenos Aires to witness the 37-year-old Narvaez (37-1-2, 20 knockouts) make the fifth successful defense of his WBO junior bantamweight title, knocking out Johnny Garcia (16-4-1, 8 KOs) of Ciudad Nezahualcoyotl, Mexico at 2:55 of the eleventh round.

This was Narvaez’s second straight victory since his disastrous American debut last year, when he lost all 12 rounds on all three cards in a listless defeat to current RING junior featherweight champion Nonito Donaire Jr. at The WaMu Theater at Madison Square Garden.

Despite that defeat, Narvaez remains THE RING’s No. 1-rated junior bantamweight. Prior to moving to 115, Narvaez had reigned for seven years (2002-2009) as the WBO flyweight titleholder. 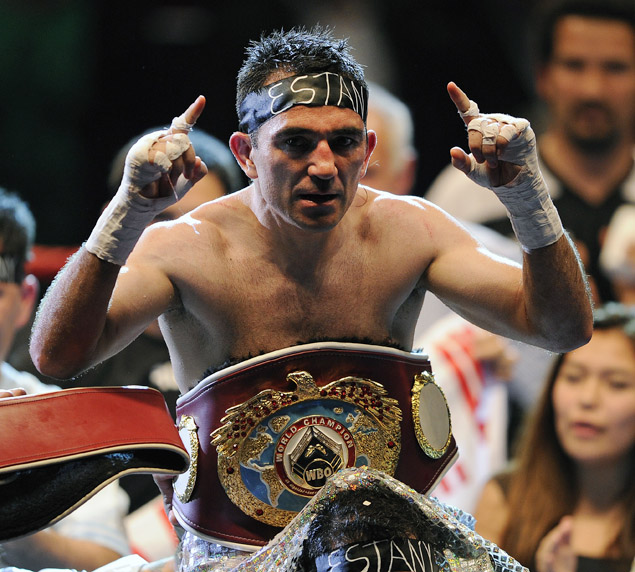 The loss was the 23-year-old Garcia’s third by knockout and his first since last September, when he was knocked out in two rounds by Carlos Cuadras. It was Garcia’s first performance outside his native country.

Early on, Narvaez, 114 3/4 pounds, played the role of “el maestro”, leaning away awkwardly from the southpaw stance to avoid the rangier Garcia’s left-handed assaults while popping his foe with off-beat left cross leads.

Garcia, 113 3/4 pounds, had his best success in Round 5, landing body shots with both hands as Narvaez employed a “rope-a-dope” strategy to ride out the storm. Garcia was warned in that stanza for low blows and for leading with his head.

Narvaez came alive in a big way in Round 7, utilizing his underrated in-fighting ability to pick Garcia apart with pinpoint lefts and rights thrown from alternating stances. Suddenly, Narvaez was not just 14 years older, he was 14 years wiser than his opponent.

After slipping in his own corner, Garcia rose but was put down by a series of punches near the end of the seventh, with a pair of body shots blinding Garcia to the left cross along the ropes that would send him down.

A point was deducted from Garcia in the eighth as the result of an accidental headbutt that sent Narvaez reeling to the ropes, clutching his eye. The deduction would prove to be immaterial.

Narvaez’s superior class began to wear on a visibly discouraged Garcia, who at one point in the eleventh turned his back after being handled in an exchange. After reeling about the ring, Garcia fell on the seat of his pants from a light body shot. Garcia got up, but Narvaez pounced on him with a series of blows that put him down once again.

The coup de grace, a light tap with the right that sent Garcia down for a third time in the round, was more a manifestation of Garcia’s surrender than a crushing blow.