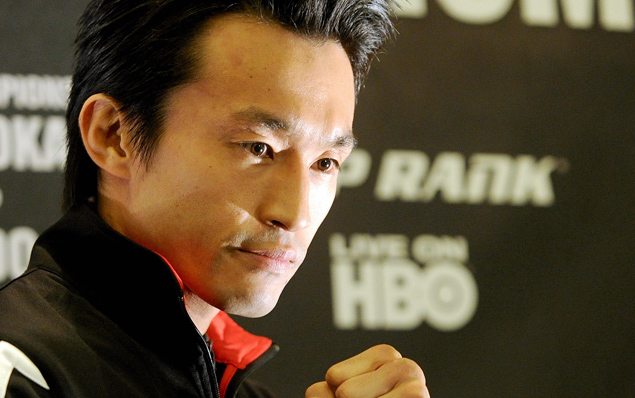 Toshiaki Nishioka hasn’t fought since defending the WBC 122-pound title against former champ Rafael Marquez on Oct. 1 last year in Las Vegas. Since then, the respected Japanese veteran has had only one fighter on his mind: Nonito Donaire.

Donaire defended his bantamweight titles against Omar Narvaez three weeks after Nishioka-Marquez and immediately announced that he would invade the junior featherweight division in 2012. Nishioka set his sights on Donaire at that moment.

There was no guarantee that he would land the fight with Donaire. No deal was in place at the start of this year, but the 36-year-old southpaw kept his eyes on his prize, anyway, and began his training for Donaire in January.

Nishioka, who refused to take any interim fights, vacated his WBC belt in March to keep the Donaire option open, while the former 112- and 118-pound titleholder collected major 122-pound titles with decisions over Wilfredo Vazquez Jr. and Jeffrey Mathebula in February and July.

The fight was finally made and announced in August, and on Saturday, at the Home Depot Center in Carson, Calif., Nishioka will challenge Donaire for not only the WBO and IBF belts the Filipino star holds but for the vacant RING championship.

It is a dream fight for Nishioka, the final goal of his impressive 17-year pro career. 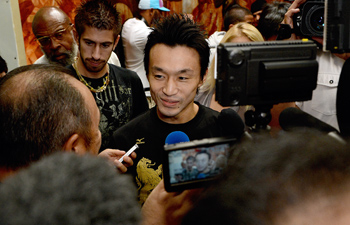 “A victory over Donaire will give me the greatest feeling of personal satisfaction,” Nishioka told a group of writers through a representative of his promotional company, Teiken Boxing, at a Tuesday media workout at Fortune Gym in Hollywood, Calif.

“This fight is more important than any fight in my career. He is the only fighter I wanted to face since the Marquez fight.”

It’s safe to say that Nishioka would have seriously considered retirement had the Donaire fight not been made. After an eight-year unbeaten streak that included 16 consecutive victories, he reached the pinnacle of Japanese boxing.

“We have eight boxing champions in Japan right now but Nishioka is the best,” said hall-of-famer Joe Koizumi, the dean of Japanese boxing writers. “He made seven defenses of the WBC title.”

One of those title defenses was an up-from-the-canvas third-round knockout of dangerous two-division titleholder Jhonny Gonzalez in Mexico in May of 2009.

Nishioka’s willingness to travel outside of Japan to challenge himself earned the respect of the international boxing community. Many boxing publications, including THE RING, consider him to be the best junior featherweight.

However, nobody ranks him among the best fighters, pound for pound. That’s the kind of recognition Nishioka seeks at this late stage of his career.

“Donaire is pound-for-pound No. 5 (rated by THE RING),” he said. “If I beat him that brings me to that position.”

Despite Nishioka’s many accomplishments, many boxing insiders consider his potential victory to be a very big “if.”

Donaire is one of the most talented fighters in the sport, an agile, ultra-quick boxer gifted with power and frightening counter-punching ability. Even when he under-performs – as some fans and media believe he has in his last three bouts – he’s still too much for world-class opposition.

Nishioka is aware of Donaire’s ability and versatility, but remains confident.

“Donaire’s style is different fight to fight,” he said. “I’ll see what he brings on Saturday.

“I’m mainly a boxer. I adjust in my fights no matter what my opponents do, (whether they are) aggressive or box.”

Nishioka adds that he will do more than just box and adjust to what Donaire does. He’ll also strike when the time is right.

“Donaire’s best punch is his hook,” he said, “but my left is better than his. It’s straighter and just as fast.”

However, Nishioka’s most important asset won’t be his experience, skill or a particular punch, but rather his desire.

When a reporter asked what’s kept him in the sport at this level for so long, he smiled and tapped his chest: