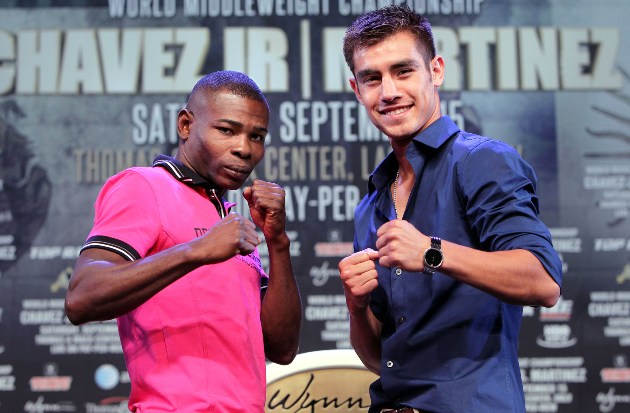 LAS VEGAS — Top Rank CEO Bob Arum said that a deal has been worked out with the manger of WBA junior featherweight beltholder Guillermo Rigondeaux that will allow his company to promote the fighter beyond Saturday night’s HBO Pay Per View-televised defense against Robert Marroquin at the Thomas and Mack Center.

The attorneys for Top Rank and Hyde reached an out-of-court agreement in spite of an injunction which had prevented Rigondeaux from facing Marroquin on the undercard of Saturday’s main event between Julio Cesar Chavez Jr. and Sergio Martinez.

But Hyde has since granted his blessing for the fight, having worked out satisfactory terms with Top Rank lawyer David Marroso, a senior attorney with the Los Angeles-based O’Melveny and Myers law firm, and Rigondeaux’s lawyer, Guy Spiegelman.

On Thursday, Arum said that he and Hyde have extended their relationship beyond Marroquin should Rigondeaux be victorious.

“We made a deal with Gary Hyde, the manager, which was approved by Rigondeaux, for future fights after this fight,” said Arum. “Assuming that he is successful in this fight, there would be different purses based on whoever we deliver for him.”

“I had an injunction against him, and I needed that injunction to get the better deal. I got the better deal, and now, the fight is happening, and I’m delighted that it’s happening. My relationship with Rigondeaux is good, 100 percent. We have absolutely no issues. It was just that there were other people talking in his ear,” said Hyde.

“It was the usual boxing stuff. But now, we’re quite happy. I’m absolutely delighted that he’s fighting. Of course, you don’t want to be stopping a fighter of this magnitude from doing what he does best. He’s trained hard, and he’s ready for the fight, and that’s because I think that he knew in the back of his mind that he was going to be fighting.”

Rigondeaux will pocket $150,000 compared to $50,000 for Marroquin, and Lou DiBella-promoted two-time middleweight title challenger Matthew Macklin will earn $85,000 compared to $61,000 for rival Joachim Alcine in their undercard bout. 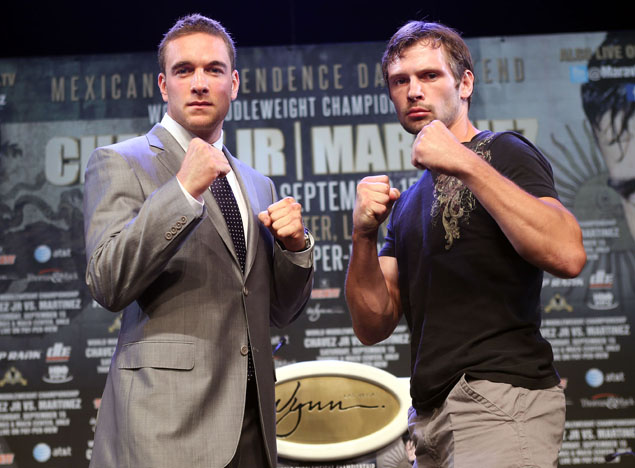 Notre Dame graduate and unbeaten Chicago-based light heavyweight prospect Mike Lee will pursue his 11th victory without a loss and his sixth knockout against Paul Harness (4-3-1, 3 KOs), of Saint Joseph, Mo., who will be after his second straight knockout in as many consecutive wins.

Coming off last month’s second-round knockout of Tyler Seever, Lee will face Harness, 29, on the undercard of Chavez Jr.-Martinez. The win over Seever ended a five-bout winning streak that had included four consecutive stoppage wins.

Lee has sparred with fighters such as unbeaten super middleweight Edwin Rodriguez, and trainer, Ronnie Shields, wants his fighter to truly demonstrate versatility against Harness.

“This was a learning process, and you get better by sparring with the best guys. Right now, we’re concentrating on him seeing how he can do with the best guys out there. I think that I’m looking for development in Mike. Everybody looks for knockouts all the time,” said Shields.

“But if you go out there and knock a guy out in one shot, what does that do for you? So I would like to see him get out there and show his skills. He’s a boxer, and a lot of people doubt that with Mike because he’s a college grad and they say he can’t fight. But if he can show that he can box, that’s when the heads will start to turn.”