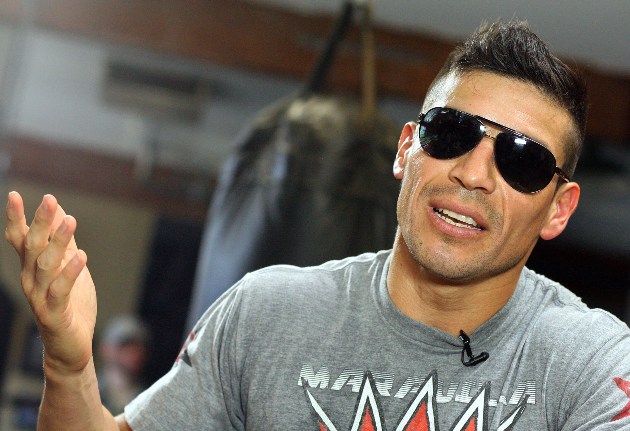 WBC middleweight beltholder Julio Cesar Chavez Jr. will pocket at least $3 million, more than twice as much as the $1.4 million purse of rival and RING champion Sergio Martinez for Saturday night’s HBO Pay Per View-televised clash that will happen on Saturday night at The Thomas and Mack Center in Las Vegas.

The information was provided by Keith Kizer, executive director of the Nevada State Athletic Commission, and does not include any additional revenue or “upside” from pay per view purchases.

The father and trainer of RING, WBA and WBC junior welterweight champ Danny Garcia (24-0, 15 KOs) says that his son will stop four-division titlewinner Erik Morales (52-8, 36 KOs) within five rounds when they meet in a return bout on Oct. 20 at The Barclays Center in Brooklyn, N.Y.

Garcia floored Morales in the 11th round of a unanimous decision that dethroned Morales as WBC beltholder in March, and is coming off July’s fourth-round knockout of Amir Khan.

A Philadelphia native of Puerto Rican decent, Garcia will be after his fifth straight triumph over a current or former world titleholder, following consecutive decisions over former beltholders Nate Campbell and Kendall Holt last year.

“The first time, Danny gave him too much respect, but this time, there is no respect from Danny,” said Angel Garcia of his 24-year-old son, who will meet Morales during the grand opening weekend of The Barclays Center.

“Danny needs to go out there and go to the body and start hitting him hard. He needs to go downstairs early, and then, by the fifth round, Erik Morales should be down on his knees.”

If Garcia succeeds in knocking out Morales, he will be only the second man to do so.

Morales suffered consecutive stoppage losses to eight-division titlewinner Manny Pacquiao in 2006, this, after having vanquished Pacquiao by unanimous decision in March of 2005.

“The thing is, Danny beat him badly the first time. If Danny lost any rounds, I would give Morales, like, around two rounds out of the 12. It wasn’t like it was a close fight. Danny clearly won. Danny got hit in the 12th round with a good shot on the top of the nose,” said Angel Garcia. 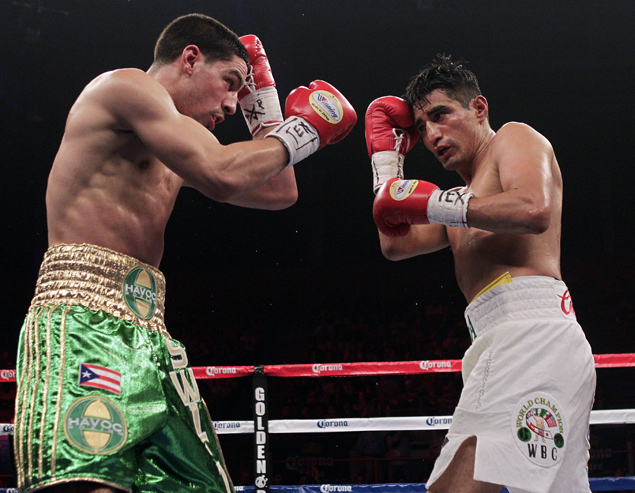 Morales blamed his last performance against Garcia on his recovery from gall bladder surgery, a medical procedure he endured three months prior to their fight.

This time, however, Angel Garcia said there should be no excuses.

“The first time around, Danny hurt him a couple of times and even dropped him once, but he looked at him, didn’t finish him, gave him a little too much respect,” said Angel Garcia.

“But the second time around, I want to see Danny stop him inside of five rounds. I want to see him start touching him downstairs early, and that’s even if Morales makes 140, because I don’t know if Morales can make 140 no more.”