Ward stops Dawson in the 10th round 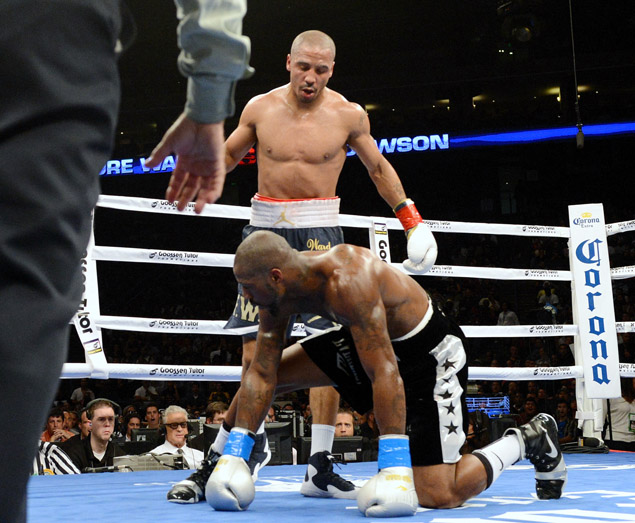 Ward, defending his RING super middleweight championship, sent Dawson to a knee with a right-left combination late in the third round and controlled the fight from that point on.

Ward put Dawson down and hurt him badly with a left hook early in the fourth round but Dawson somehow survived the round, in which Ward landed a number of solid blows.

Dawson was competitive thereafter but seemed to have lost much of his fire. Then, in the 10th, ward landed a five-punch combination that sent Dawson to one knee again. He was able to get up but referee Steve Smoger had seen enough. He stopped it at 2:45 of the round.

THE RING had Ward leading 88-80 after nine rounds.

Dawson, THE RING light heavyweight champion, was coming off a decision victory over Bernard Hopkins.