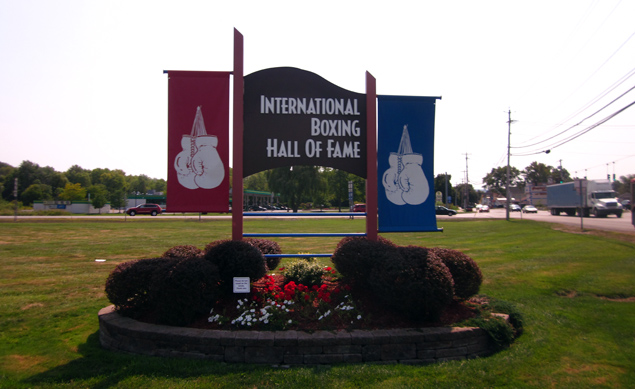 After several weeks holed away inside his Home Office, the Travelin’ Man returned to the road – and to the air – to work the CompuBox keys for last weekend’s HBO Boxing After Dark doubleheader in Verona, N.Y. In the first installment of what will be a two-part report, Lee Groves will recount his first visit to the International Boxing Hall of Fame outside of the annual Induction Weekend as well as any other notable happenings.

Thursday, August 30: Have you ever had one of those “green light days?” Days when the cosmic doors open just for you and every variable falls into place? As regular readers of The Travelin’ Man Chronicles know, “green light days” are exceedingly rare for me. In fact, I’m told much of the charm behind the series lies in the unexpected potholes I encounter during my trips – inadvertent wrong turns, broken-down rental cars, malfunctioning GPS units, interminable flight delays, and so on. That may be because these episodes drive home the point that even those who are fortunate enough to work for a major boxing website like RingTV.com are still ordinary people who must confront life’s knuckleballs like everyone else.

After five weeks largely spent inside the Home Office and three weeks doing a massive amount of CompuBox pre-fight research for the ambitious September-October schedule – that’s the reason why I haven’t posted anything recently – it was nice to have a change of scenery. That said, I still expected the usual assortment of pitfalls and plot twists. Given my history how could I not?

Instead I was granted the most unexpected story line of all – smooth sailing. This being the season of prolific road construction projects, I was told flagmen would stop my progress twice along my usual route to Pittsburgh International Airport and that each wait would last at least 10 minutes. I adjusted my departure time accordingly, but I couldn’t have known that the fates would work for my benefit instead of their own amusement.

Of the nearly one dozen traffic lights that dotted my route I only had to stop for two – and only for a few seconds each. The information regarding the road project interruptions was slightly off; I encountered three of them. Yet each time the queue of cars began to move almost at the moment I spotted them, which meant I rolled through the work zones with nary a delay. The timing was so perfect that I had to wonder if this was coincidental.

I would have considered myself lucky had this stroke of good fortune happened just once, but imagine the odds of it happening all three times. Throw in all the green traffic lights and they become almost incalculable. I don’t know if this is the result of circumstance or something beyond that but I enjoyed it all the same.

This positive trend continued at the airport’s parking lot. As I scoured for openings I saw a car pull out of a choice space in my rear view mirror. As soon as he vacated I executed a snappy three-step maneuver to reverse course and grabbed the spot without a hint of competition. I was inside the terminal within three minutes and through security in less than 15. Moreover, when I boarded my first flight to Washington, D.C., I discovered I had no seat-mate, which allowed me to stretch out more than usual. I wasn’t granted the same privilege on the Washington-to-Syracuse leg, for I was placed in the very last aisle seat next to the restroom. Given the brief time spent by the patrons who visited it while we were airborne my guess was that they were taking care of number one instead of doing number two.

While both planes departed slightly later than advertised, they arrived ahead of schedule. My silver Mazda 3 ran smoothly throughout the drive from the airport to the crew hotel located near the Turning Stone Casino, the site of Saturday’s card. 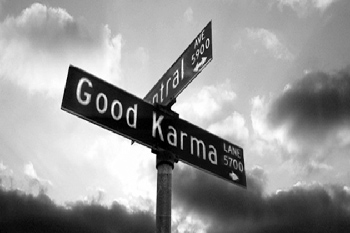 Everything that could have gone right did go right. While grateful, it all felt so strange. That’s because life is usually about striving, fighting, battling and, if we’re fortunate enough, overcoming and conquering. Struggle is par for the course; so much so that when all the stars do line up we end up questioning it instead of appreciating it. “What’s the catch?” we ask. “What’s the receipt and what ugly form will it take?”

We have been programmed to believe that life is a partial zero-sum game; if something good happens to us, that means something bad will soon follow. I characterize it as “partial” because we tend not to believe the reverse, that something positive will quickly occur after an unpleasant event. We just expect more bad stuff to happen, and I consider myself a positive, half-glass-full kind of soul. I can only imagine what a person with a darker viewpoint might think.

Maybe that’s why boxing continues to grip the human spirit so powerfully. Despite all the political and jurisdictional sewage that swirls around it, the squared circle and what takes place within it remains a compelling spectacle because it reflects the fights many of us face on a daily basis. There are protagonists and antagonists, contenders and pretenders and characters of all stripes. The weeding-out process between two boxers is a compressed and much more violent representation of what the public at large experiences.

We compete against each other – and in many instances against ourselves – in all levels of schooling to establish who will prosper and who will be left behind. We undergo the same winnowing in the professional world; those who excel tend to move up while those who stagnate are left in their dust. It’s a process that toughens some and leaves others embittered. Some are granted gifts while others are bestowed bad beats. There is justice and injustice, triumph and tragedy, wins and defeats and chances to achieve redemption. Therefore, when we see our favorite fighters experience the same things within their competitive sphere, we form a connection borne of our ability to relate.

Boxers experience life cycles like everyone else but theirs are far shorter. Their careers begin with a spark of inspiration that ignites a passion. They experience their boxing childhood by learning the basics in the gym and engaging in amateur tournaments to see how much they can grow. Those who advance to the upper levels of the amateur game live through the equivalent of high school and college, though others choose to immediately jump into the professional game – the equivalent of going to a trade school. The four, six and eight-round fights serve as their entry-level phase while the 10 and 12-rounders are where they create their legacies – good, bad or mediocre. Many will fall short of glory but the rewards for greatness are enticing indeed. All the while, the athletes acquire various labels – prelim kid, prospect, journeyman, contender, titlist, champion, legend – but a precious few (like Freddie Pendleton) manage to break away from perceived mediocrity and soar to untold heights. Conversely, others who some believe to be coming greats fall into unexpected obscurity.

As with life, nothing lasts forever in boxing. Primes fade away and those who occupied the highest levels are dealt the harshest of reality checks. Fighters that would have been swatted away in previous years now leave the ring with “Ws” and “KOs” while the man who once enjoyed full command of his domain is left to wonder what went wrong and why it all went away.

Like those of us in middle age and beyond, the champion boxer in decline must deal with slowed reflexes, stubborn excess weight, less pep in the step and waning motivation. The gifts that burst forth so easily and with such fluidity during the best years now has to be summoned with great effort, and, at best, they emerge only in flashes. Despite these failings, the champion usually opts to fight on. Maybe it’s because boxing is the only thing he does well. Or he wants to delay the onset of the next chapter – one that promises to be much less lucrative and much more humbling – as long as possible. Fighters are taught never to quit and to them retirement is a signal of surrender rather than just another career choice.

Like it is with aging loved ones, the decline and demise of a boxing legend is tough to watch and it tends to linger. The spirit is willing but the tools are dulled. Younger, faster and stronger usually prevails in the ring and there comes a point where savvy is no longer enough to overcome it. Some – like Bernard Hopkins, Archie Moore, Eder 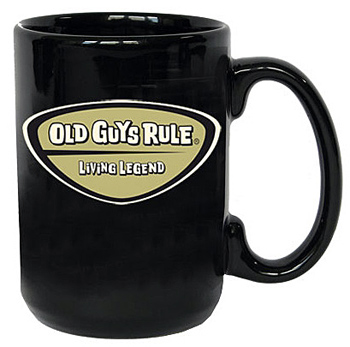 Jofre and George Foreman – beat back Father Time and Mother Nature with astonishing success but even Moore, Jofre and Foreman knew the time would come for them to exit the stage. As for the 47-year-old Hopkins – who declared after his rematch defeat to Chad Dawson that he is soldiering on – he knows that his time near the top of his chosen profession is growing short and he must soon decide how he is going to handle the next transition. Such is also the case for seasoned professionals in all fields, and, like boxers, they can either exit on their own terms or they will be shown the door in a most graphic manner.

We who are observers experience this life cycle just once, but in boxing we see it played out countless times. In my nearly 40 years as a fan I’ve seen the sons and even the grandsons of fighters I’ve followed in the beginning climb through the ropes but I still get the same charge out of witnessing the journey. In a small way we get to relive our youths and revisit our primes through these athletes and when they near the end we sympathize with them. Through my video collection I am able to transport myself back to my formative years and, like a favorite book, re-read the best parts and savor them.

Because boxing is a sport whose participants are constantly shuffled in and out we fans can follow as many stories as we wish. Though no one knows the time or place their life’s journey will end, I intend to admire and chronicle my favorite sport for as long as I am able. And I hope to be able for a very long time.