Berto licensed in California, Tarver appeal to be heard Oct. 8 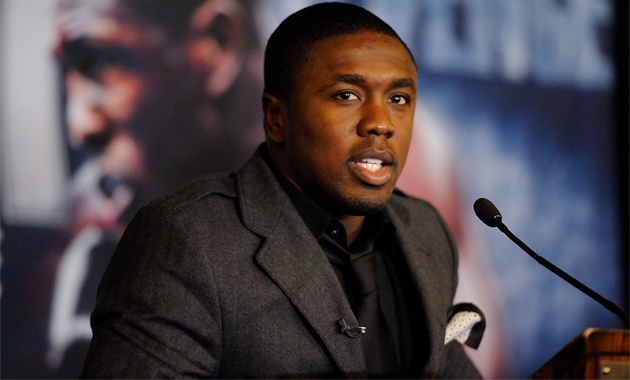 Interim California State Athletic Commission executive officer Kathi Burns has confirmed that former two-time welterweight beltholder Andre Berto was granted a one-year license on July 10 to fight in the state after having tested negative for “anabolic steroids and masking agents.”

In May, Berto (28-1, 22 knockouts) tested positive for the banned substance norandrosterone, forcing the cancelation of a bout against Victor Ortiz that was secheduled for June 23.

“He has completed his application and did submit to a drug test that was negative, and we have issued his license,” said Burns, the replacement for executive director George Dodd, who resigned from his post on July 31. “It’s just our standard steroid test. Anabolic steroids and masking agents.”

In a release, Berto’s camp contends that his positive test in May, conducted by the Las Vegas-based Voluntary Anti-Doping Association (VADA), “revealed extremely small amounts of a banned substance that were inconsistent with any performance-enhancing effect, and were much more consistent with contamination of an otherwise acceptable food or supplement.”

Berto followed WBO junior featherweight titleholder Nonito Donaire in working with former BALCO founder Victor Conte, but said his positive test was the result of an association with someone other than Conte.

“As someone who truly believes in clean sport, I have never used any type of performance enhancing drugs,” said Berto, in a prepared statement.

“Everything I’ve achieved is the result of hard work and determination. I am excited that this whole situation is behind me, and I look forward to returning to the ring soon and with another exciting performance, so stay tuned.”

In June, former light heavyweight titleholder Antonio Tarver, a Showtime boxing commentator, tested positive for the banned anabolic steroid drostanolone stemming from the result of a test administered by the CSAC after Tarver’s draw with Lateef Kayode on June 2 at The Home Depot Center in Carson, Calif.

Tarver is serving a one-year suspension for his infraction pending an appeal hearing on Oct. 8, and was fined $2,500 of the $1.1 million purse he earned for facing Kayode.

“[Tarver is appealing his decision at this time,” said Burns. “So he will be heard at the Oct. 8 commission meeting in Los Angeles.”

Peterson’s positive test for testosterone led to the cancelation of his May 19 rematch with Amir Khan. Berto’s positive result for the banned substance norandrosterone did the same for his rematch with Ortiz, who instead was knocked out in the ninth-round by Josesito Lopez in June.

Unlike Tarver, the results of Peterson and Berto were discovered by VADA, this, after the two fighters pushed for and contractually agreed to the process. Donaire has committed to year-round, random drug testing to be conducted by VADA.

Peterson (30-1-1, 15 knockouts) was allowed by the IBF to retain the belt he won from Khan last December, this, after a review of his medical records by organization-appointed doctors ruled that the testosterone discovered in Peterson’s failed drug test in March was not at a level that would enhance his performance.

Peterson admitted to having a testosterone pellet surgically implanted into his hip by Las Vegas-based Dr. John Thompson on Nov. 12 of last year after he was diagnosed with an abnormally testosterone level.

Although the IBF has ordered Peterson to face former beltholder Zab Judah, a former welterweight champ and junior welterweight titleholder, Peterson has been stripped of the WBA’s belt, which he also took from Khan.

Khan was then re-instated as the WBA’s beltholder while Peterson was named its “champion in recess” prior to Khan’s being dethroned by WBC titleholder Danny Garcia via fourth-round knockout in July.

“He’s a welterweight, and he’s going to come back as welterweight, and I think that he’s going to come bcak really, really strong. He paid a very serious price for what occurred. He lost a big fight and a big pay day with Victor Ortiz, and I think that he would have destroyed Ortiz just like Josesito Lopez did,” DiBella said of Berto, who was dethroned as WBC beltholder by Ortiz following a unanimous decision loss in April of last year.

“That had to be very, very hard for him to watch. But I think that Berto was rightfully licensed, and every expert that I’ve spoken to who reviewed his tests said that they can not believe that what they saw was the result of a use of a real steroid but more the result of a tainted substance. But obviously, we’ll be more careful in the future. We’ll talk to television and his management and see what good fight and good dates are available to get back in therre. But it’s at 100 percent that we’ll fight this year.”