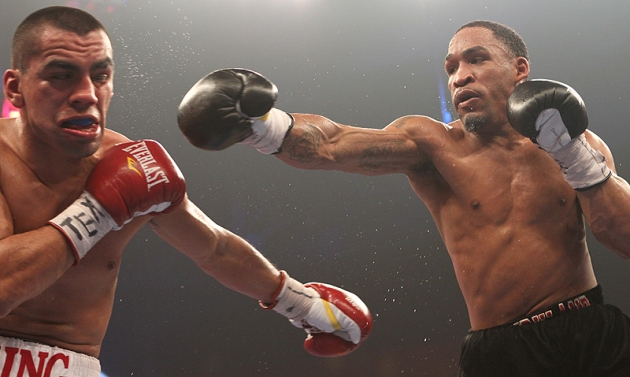 A lawyer representing junior middleweight contender James Kirkland confirmed to RingTV.com that a lawsuit has been filed on the fighter’s behalf which seeks separation from Golden Boy Promotions and trainers Ann Wolfe and Pops Billingsley.

“It happened on Thursday and was filed in the federal court in Los Angeles where Golden Boy is incorporated. The suit seeks damages and injunctive relief that would allow him to fight during litigation, and declaratory relief saying that his contract is invalid,” said attorney Sekou Gary of the 28-year-old Kirkland (31-1, 27 knockouts).

“I represent James Kirkland, but it was our local counsel in California which filed the suit last Thursday. The complaint is already in the court house. Basically, James is unhappy with his management and his deal with Golden Boy. James doesn’t feel as if they have his best interest at heart.”

Mike Miller, Kirkland’s co-manager with Cameron Dunkin, and Golden Boy Promotions CEO Richard Schaefer said they are aware of the developments with Kirkland.

“But we have got rock-solid contracts with James. If he wants to pay somebody else to do what the four of us are doing, well then, that’s fine. I’ll go and get some popcorn and watch his fights. But I’ll be damned if I’m going step aside. I’m not going to step aside unless somebody’s going to buy me out. I think that the four of us feel that way.”

Schaefer recognized Gary as the attorney who gained free-agency status for former featherweight titleholder Yuriorkis Gamboa after the unbeaten fighter reached an out-of-court settlement with Top Rank that allowed him to do so.

A former Cuban Olympic gold medalist, Gamboa had pulled out of a scheduled Top Rank-promoted lightweight bout in April with Brandon Rios, who instead won a controversial split-decision over replacement Richard Abril.

Top Rank had filed a lawsuit with the U.S. District Court in Las Vegas for breach of contract against Gamboa, claiming that his move cost the company $1 million.

Gamboa has since signed with TMT Promotions, the newly-formed promotional firm of recording artist 50 Cent and fighter Floyd Mayweather Jr.

“I haven’t seen it. I haven’t seen anything [about a lawsuit], so I can’t really comment on that. But isn’t that the same attorney who represented Gamboa? If so, then he must be 50 Cent’s attorney. So I’ll be looking into it,” said Schaefer.

“But the only thing that I can say is that James Kirkland is under a valid contract with Golden Boy, and we’ll have to protect our interests just like Top Rank did [with Gamboa]. We’ll have to see what it is and potentially file a counter-suit against whoever is behind it.”

In early June, Kirkland refused to sign an-all-but completed deal to fight WBC junior middleweight titleholder Saul “Canelo” Alvarez, (40-0-1, 29 KOs), citing his belief that he still had not fully recovered from shoulder surgery in March to repair two tears in his jab-arm that were suffered during his 10th-round disqualification victory over Carlos Molina that also had occurred in March.

Later, Kirkland said he would face Alvarez with an injured arm if the price was right, saying, “if I’m going to fight with one arm, then pay me.” 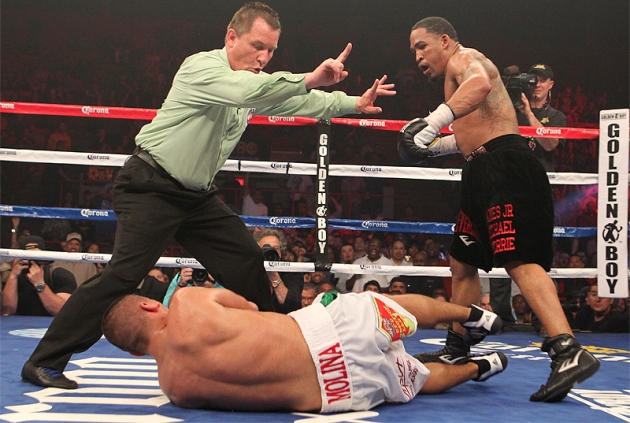 Kirkland had been among a series of left-handed opponents who had been considered for Alvarez, including former three-time titleholder Paul Williams and Victor Ortiz.

Alvarez was initially slated to face Williams before Williams suffered a career-ending motorcycle accident on May that is believed to have left him paralyzed from the waist down. Next in line was Kirkland, and then, Ortiz.

Ortiz’s opportunity was foiled in June following a ninth-round knockout loss to Josesito Lopez, who was ultimately chosen to face Alvarez on Sept. 15 at The MGM Grand in Las Vegas.

Kirkland has had a troubled career, having served two, separate jail terms. Kirkland did over a year in prison for robbery after he built a professional record of 11-0, fighting under a contract he signed with Duva Boxing when he was 17. But the Duvas dropped Kirkland when he was found guilty of robbing a man coming out of a convenience store in 2003.

Kirkland was released from Bastrop Federal Prison in Bastrop, Texas, in September of 2010 after having plead guilty to a charge of gun possession in April of 2009.

That set up a redemptive clash with hard-hitting contender Alfredo Angulo, against whom he rose from a first-round knockdown to score a dramatic sixth-round knockout of Alfredo Angulo last November. 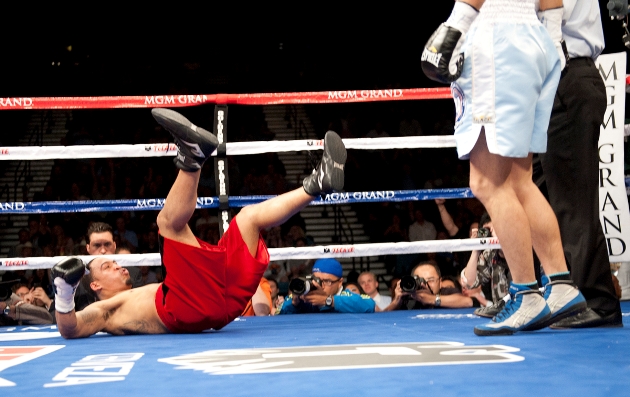 Kirkland rose from a knockdown 30 seconds into the fight to floor Angulo (20-2, 17 KOs) just before the bell ending the same round of a victory that stopped Angulo for the first time in his career energized Kirkland’s.

“Cameron and I are co-managers, and Ann and Pops are the trainers. Pops is a guy who, when James was six years old, he’s the guy that came to James and asked him, ‘Hey, can you box?’ and James said, ‘no, but I sure can fight.’ Ann Wolfe came into James’ life when James was about 13 or 14,” said Miller.