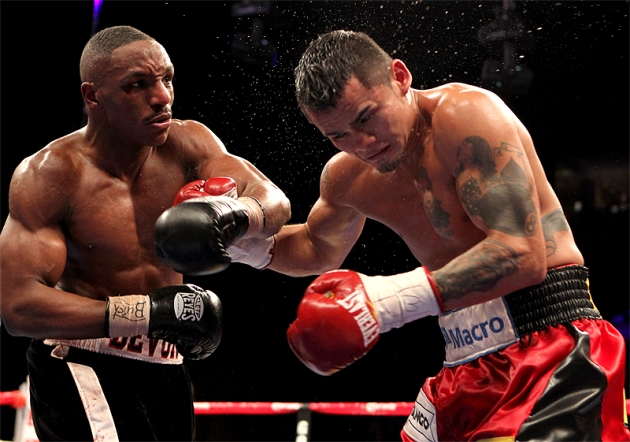 Newly-crowned IBF welterweight beltholder Randall Bailey will make the first defense of his crown opposite former IBF and WBC junior welterweight titleholder Devon Alexander in a Showtime-televised bout from the Hard Rock Hotel and Casino in Las Vegas on Sept. 8, according to Golden Boy Promotions CEO Richard Schaefer.

Bailey (43-7, 37 knockouts), of Miami, was last in the ring for an 11th-round knockout of previously unbeaten Mike Jones (26-1, 19 KOs) for the vacant title in June, a performance that was executed on the undercard of a split-decision victory by Tim Bradley which dethroned Manny Pacquiao for the WBO’s welterweight crown.

“Two great fights,” said Schaefer. “I think tha both of them are going to produce a lot of fireworks. I’m really looking forward to that card.”