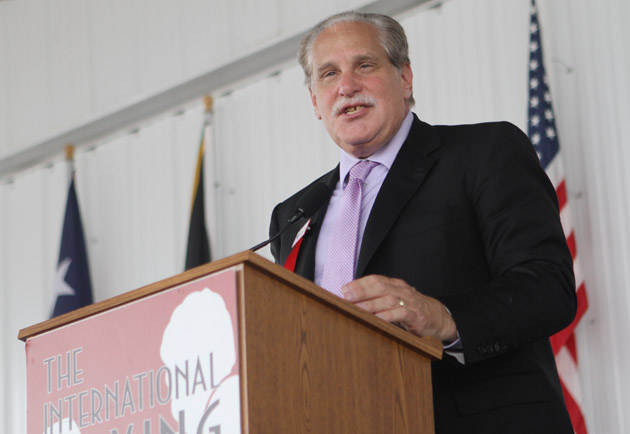 Al Bernstein’s entertaining new book, 30 Years … 30 Undeniable Truths, is one of the more humorous looks at sports broadcasting you’re ever likely to read. Using a bright, engaging style, Bernstein touches on such topics as his remarkable 30-year run behind the microphone, Mike Tyson’s nutty behavior and ESPN’s ban on mustaches. But there’s more to the book than jokes and nostalgia, especially when Bernstein discusses what he calls “the seismic shift in broadcasting.”

Bernstein, well-known to fans of Showtime Championship Boxing, is disappointed that his field has become so “personality driven and opinionated.” As far as Bernstein is concerned, the downturn can be traced all the way back to the 1978 Ali-Spinks rematch when ABC’s Howard Cosell began reciting the lyrics to Bob Dylan’s “Forever Young.” A generation of boxing fans may recall the moment fondly, but Bernstein cites it as the beginning of the ego-inflated, talking-head journalism that reigns today.

“One piece of advice Don Dunphy gave me was, when you’re on the air, it’s not about you,” Bernstein recently told THE RING. “And Don was a larger than life character. He enjoyed being Don Dunphy, the voice of boxing; he knew who he was. Now, sports broadcasting is just the opposite. Of course, not everybody is out there chewing the scenery, but there are more who do than don’t.” 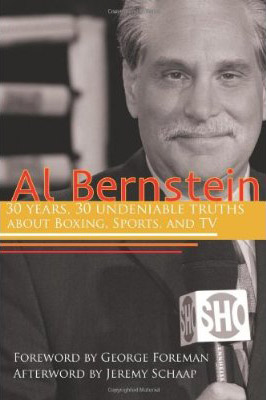 Bernstein’s book, published by Diversion Books and available this spring as an e-book or print on demand, is by no means an assault on his fellow broadcasters. Instead, Bernstein describes 30 Years … 30 Undeniable Truths as “mostly fun.” In fact, Bernstein is such a charming storyteller that the book has the effect of your favorite uncle taking you aside and informing you that the entire family is a little bit goofy. True, he takes a few jabs at his colleagues, but he’s playful, and some of his lines are so quick that you might have to read them twice. Besides, if television people are as thick as Bernstein describes, they’ll not even notice they’ve been skewered.

Still, Bernstein predicts that many will be unhappy with what he has written.

“I don’t attack individuals, but they all know who they are,” Bernstein said.

Ironically, while Cosell provided the genesis of the me-first reporting style, the blustery tone of contemporary sportscasters was set by ESPN, the network that gave Bernstein his start.

“I was there in the late ’90s when it really changed a lot,” Bernstein said, recalling the “edict from above that (ESPN) shows had to have argument and debate.” The change didn’t sit well with Bernstein, who remains decidedly, and proudly, old school. “I don’t have feuds. I don’t pick fights. If there’s a knock against me, it’s that I am too malleable. Maybe I should be more hard hitting.”

Still, he looks back on his time at ESPN with genuine affection. His hiring in 1980 sounds almost fated. He’d been working as a newspaper editor in Chicago and was known as the go-to guy when a boxing event was held in the Chicago area. A few TV appearances later, including one in which he bailed out a nervous and stammering Tommy Hearns, Bernstein was hired by the fledgling cable network.

At the time, ESPN survived on monster trucks, women’s weightlifting and reruns of college football. Boxing, though, was enjoying a surge in popularity. Bernstein was fortunate to be on the tiny network’s most popular show, Top Rank Boxing.

“Our ratings were good,” he said. “I can’t remember the exact numbers, but it was somewhere between the number of kids Evander Holyfield has fathered out of wedlock and the number of lawsuits filed against Don King annually.”

Bernstein and most of his co-workers didn’t think the network would last. They cashed their checks quickly, but there was a sense that something new and interesting was going on. “We felt like pioneers,” he said.

The pioneer aura was cemented the day Bernstein happened to meet the TV comedy legend, Milton Berle. “He told me, ‘You guys are doing with the cable what we were doing back in the 1950s with television.’ And I said, ‘The difference is that you guys were funny on purpose; we’re funny unintentionally.'”

At heart, Bernstein is an entertainer, not a bully or a pundit. That’s probably why he’s never succumbed to the trend of confrontational journalism.

“I have never been really tempted to change,” Bernstein said. “I don’t think my DNA would allow me to do it.”

While he has no plans for a follow-up book (“I’m praying to get through this one,” he said), Bernstein shows in 30 Years … 30 Undeniable Truths that he’s not far removed from his newspaper roots. He still has the chops to be a very fine columnist.

That is, if the TV thing doesn’t work out.