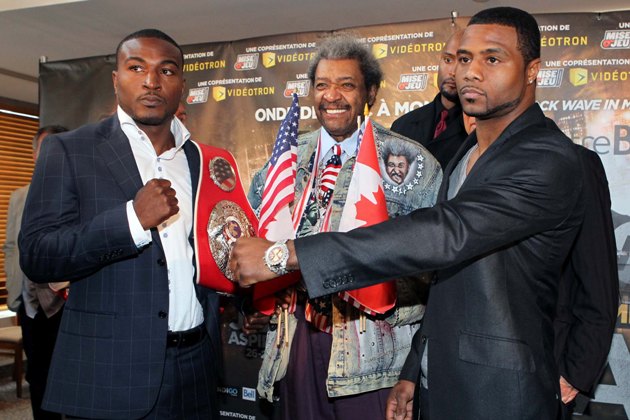 Although the promoters of Canada’s former WBC light heavyweight titleholder Jean Pascal and IBF beltholder Tavoris Cloud are trying feverishly to reschedule their bout for sometime in October, they are continually running into roadblocks that could prevent the fight from happening on Showtime this fall.

The originally-scheduled matchup was slated for Aug. 11 before having to be postponed and re-targeted for sometime in October after Pascal suffered an injured right hand in sparring.

In addition to problems finding available dates on Showtime, Cloud’s mandatory challenger, Germany’s Karo Murat (25-1-1, 15 knockouts), is placing demands and conditions on Cloud (24-0, 19 KOs) and Pascal (26-2-1, 16 KOs) before he is willing to step aside, according to Yvon Michel, Pascal’s promoter.

“We have to wait to see what will happen. It’s difficult. The logistics are very difficult. There are a lot of things involved. The Showtime calendar is already very heavily-booked. There is Jean Pascal’s recovery, and there is Karo Murat, who is the mandatory, is asking for a lot of guarantee to step aside,” said Michel.

“Karo Murat is requesting a guarantee not only to fight the winner, but he wants to be paid in advance to guarantee that he will fight the winner if ever he agrees to step aside to allow Pascal-Cloud to happen. And the amount that he’s asking for, his requests are exorbitant.”

Michel said he will continue working with Showtime, Murat and Cloud’s promoter, Don King in the attempt to make the clash a reality.

“I don’t say that it’s impossible, but it’s difficult,” said Michel. “But we expect to make a decision this week.”

Showtime, however, appears already to have pulled the plug.

“In working with Don King and Yvon Michel on Pascal vs. Cloud, it doesn’t look like we can find the right date that works for both our network and the fighters and arena in Canada. This is a fight I was very interested in seeing, but unfortunately I just don’t think we’ll be able to televise it this year.” 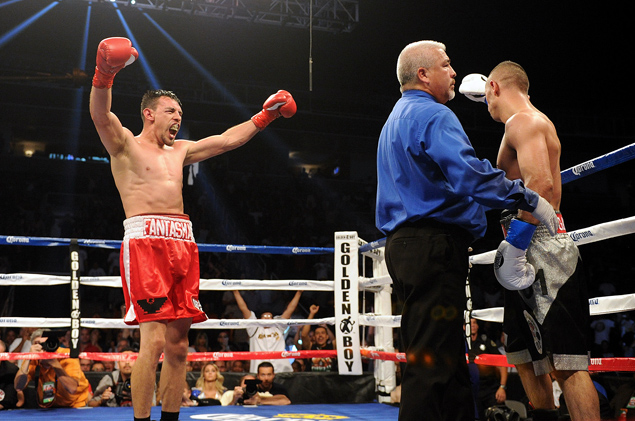 Guerrero, 29, said he was repeatedly hit behind the head by Aydin, although he refused to complain.

“All of the shots behind the head, I just shrugged them off. You’ve got to let the referee do his job. He’s the guy that’s in there who is supposed to keep the guy honest. Unfortunately, he let it go and Aydin threw a lot of rabbit punches,” said Guerrero, whose run includes nine knockouts.

“But when you start worrying about that and you start crying to the ref., then, psychologically, you give him the edge where, okay, it’s working. I mean, yeah, it’s a dirty tactic, so if it’s working, then he’ll be like, ‘well, I’m going to keep doing it.’ But if you don’t let it phase you and you don’t let it get under your skin, and you just keep on pushing through, there’s no breaking point in your game. So that’s why you just keep on going and hope that the referee does his job.”

A former two-time featherweight titleholder who also held a major belt at 130 pounds and two interim crowns at lightweight, Guerrero was coming off a unanimous decision victory over Michael Katsidis for the WBO and WBA’s interim lightweight belts in April of last year.

In September, Guerrero had arthroscopic surgery which repaired a torn tendon in the rotator cuff of his shoulder, forcing him to cancel an August bout with junior welterweight Marcos Maidana.

In defeating Aydin, Guerrero earned his sixth weight class, having started out as a junior featherweight. In victory over Aydin, Guerrero would place himself in an elite class of multi-belt, multi-division titlewinners such as Manny Pacquiao, Floyd Mayweather Jr., Shane Mosley and Oscar De La Hoya.

Guerrero became the WBC’s interim titleholder in his welterweight debut as well as the mandatory challenger to Mayweather, the WBC’s titleholder.

“I’m always looking for the best fights out there. This fight right here, winning the WBC title, it opened up all of the doors. There are so many fights out there for me and the weight class is stacked. Andre Berto was there watching the fight,” said Guerrero.

FIDEL MALDONADO’S OUT FOR VENGEANCE AGAINST MICHAEL PEREZ 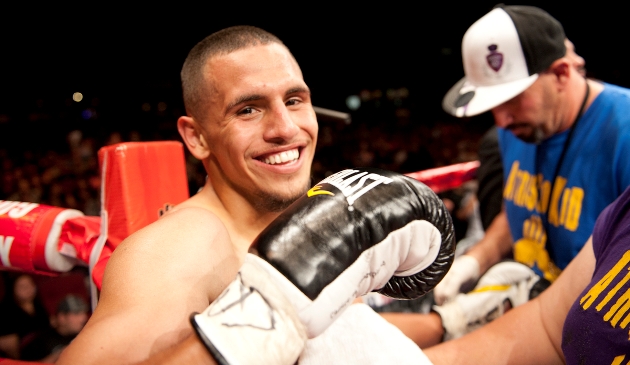 Southpaw lightweight Fidel Maldonado Jr., of Albuquerque, N.M., will be after revenge when he takes on former amateur rival Michael Perez, of Newark, N.J., on ShoBox from the Fantasy Springs Resort Casino in Indio, Calif., on Aug. 24.

The clash between Maldonado (13-1, 11 knockouts) and Perez (16-1-1, 10 KOs) is the opener for a main event featuring bantamweight prospect Randy Caballero, of Cochella, Calif., and Mexico native Manuel Roman, of Paramount, Calif.

Maldonado, 21, has nine victories that resulted in knockouts within two rounds or less. Perez, who is 22, rebounded from a sixth-round knockout loss to Omar Figueroa in January with a second-round stoppage of Eric Cruz in June.

Although Maldonado was the loser of the golden gloves battle with Perez, he claims to have avenged every amateur defeat as a professional.

“Mikey Perez won their first meeting,” said Diaz. “But Fidel told me that he has avenged every single loss that he’s had as an amateur with the exception of this one. So he wants this one really, really badly.”

Caballero, who turns 22 in September, will pursue his second straight knockout, his ninth overall and his 16th win without a loss when he meets Roman (15-1-3, 6 KOs), of Paramount, Calif., on the Golden Boy Promotions show.

Caballero is coming off a fifth-round knockout of Jamal Parram in June and will make his 10th appearance at Fantasy Springs. Roman, who is 24, is coming off a third-round stoppage of Cristian Aguilar in June that ended his 0-1-2 winless streak. 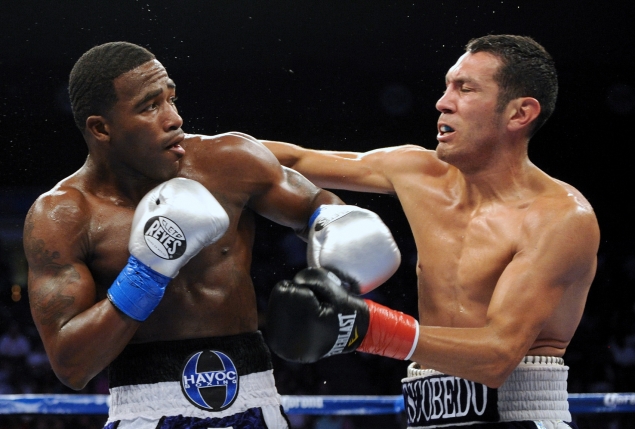 Although junior lightweight Vicente Escobedo (26-4, 15 KOs) still is recovering from a broken nose that was suffered during last months fifth-round stoppage loss to former WBO 130-pound titleholder Adrien Broner (24-0, 20 KOs), he could return to the ring in December, according to his manager, Rolando Arellano.

“He’s healing. He had a broken nose, so he’ll be probably down for a little bit,” said Arellano of Escobedo, who was stopped for the first time in his career.

“I want to see how he heals, and I want to talk to his doctors and see that everything is okay, and then we can bring him back in December.”

Escobedo battled Broner in a fight that was allowed to happen despite the fact that it was contested over the junior lightweight limit because Broner missed weight by 3 1/2 pounds, an infraction that cost him his WBO belt at the scales.