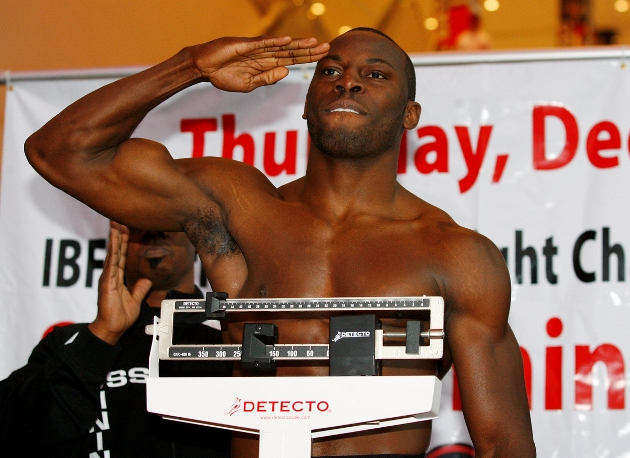 Former RING cruiserweight champion Steve Cunningham, of Philadelphia, will make his heavyweight debut on a Sept. 8 Main Events card from The Prudential Center in Newark, N.J., opposite Jason Gavern, of Harrisonburg, Va.

In another bout on the card, rising Philadelphia heavyweight prospect Bryant Jennings (14-0, 6 KOs) will take on hard-punching Chris Koval (25-9, 18 KOs), of Youngstown, Oh.

Since facing Banks, however, Gavern has lost two of his last five fights, with all of them ending in knockout. He is coming off consecutive stoppage losses to Mariusz Wach and Alexander Ustinov in the sixth and seventh rounds in November and April, respectively.

The 6-foot-3 Cunningham is coming off a unanimous decision loss to IBF cruiserweight beltholder Yoan Pablo Hernandez (26-1, 13 KOs), of Cuba, in a February rematch. Hernandez-Cunningham II was an IBF-ordered return bout from October which ended with a controversial sixth-round technical decision win for Hernandez in Neubrandenburg, Germany.

Hernandez-Cunningham went to the scorecards as a result of a cut over the right eye of Hernandez that had resulted from two accidental, early-round head clashes with Cunningham. The loss ended Cunningham’s winning streak at three, having last tasted defeat when he lost the IBF title to Adamek via split-decision in December of 2008.

Before losing to Adamek, Cunningham had won two straight: a majority decision over Krzysztof Wlodarczyk of Poland in May of 2007, and a 12th-round knockout of Marco Huck, who are the current WBC and WBO titleholders, respectively.

In a Top Rank-promoted show on Oct. 13, Denver-based junior welterweight “Mile High” Mike Alvarado (33-0, 23 KOs) told RingTV.com that he believes that as the bigger, stronger fighter, he will be the first man to score a knockout against former lightweight titleholder Brandon Rios (30-0-1, 22 KOs), who will make his 140-pound debut in an HBO-televised clash on the undercard of a main event matching Nonito Donaire (29-1, 18 KOs) against Japan’s Toshiaki Nishioka (39-4-3, 24 KOs), THE RING’s No. 3 and No. 1 junior featherweights, respectively, in what will be a 122-pound championship bout.

But Alvarado said the clash is also for bragging rights as the premiere fan of the NFL’s Denver Broncos, whom he said Rios has professed to favor.

“At one of our press conferences, I kind of overheard him say that he liked the Denver Broncos. We also ran into each other at one of the gyms where they were allowing the media to get glimpses of our training and stuff,” said Alvarado.

“I had all of my Denver Broncos stuff on. But what I’m saying is that when I win, since he’s not from Denver, he can’t claim that he’s a Denver Broncos fan.”