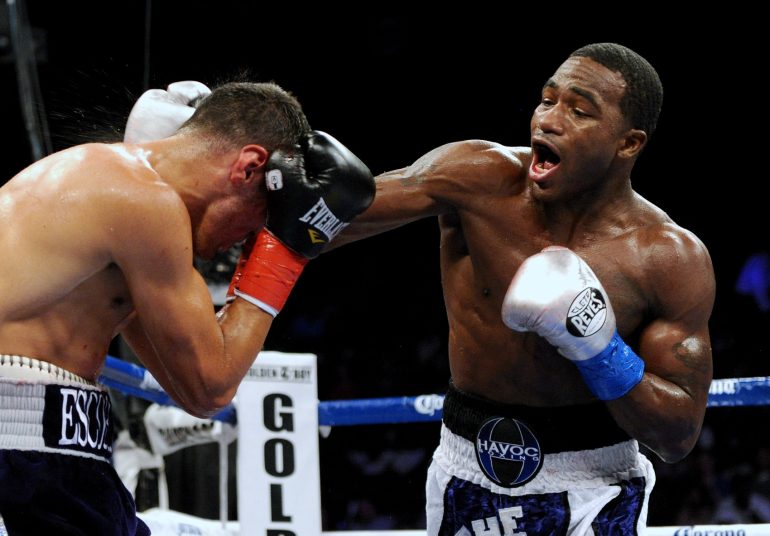 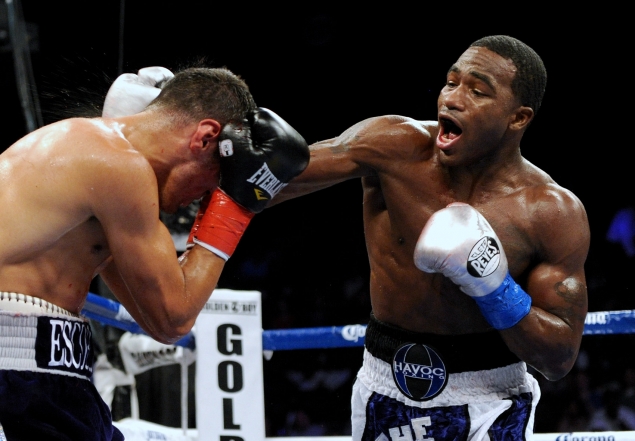 Former WBO junior lightweight titleholder Adrien Broner believes that opponents are afraid to fight him due to the fact that he has yet to secure a rival for his return to the ring on Oct. 6 at Boardwalk Hall in Atlantic City.

Thurman has been confirmed for the card, according to Golden Boy Promotions’ matchmaker Robert Diaz, although he, like Broner, does not yet have an opponent.

Broner is coming off last month’s fifth-round knockout of Vicente Escobedo that was contested over the junior lightweight limit because Broner missed weight by 3 1/2 pounds, an infraction that cost him his WBO belt at the scales.

Roman “Rocky” Martinez (25-1-1, 16 KOs) will face Mexico’s Miguel Beltran Jr. (27-1, 17 KOs) for the belt that formerly belonged to Broner, with the winner to be challenged by Mexico’s Juan Carlos Burgos (30-1, 20 KOs), according to WBO President Francisco “Paco” Valcarcel.

Martinez-Beltran is to be contested on the Sept. 15 undercard of an HBO Pay Per View-televised main event featuring RING middleweight champion Sergio Martinez (49-2-2, 28 knockouts) and WBC beltholder Julio Cesar Chavez Jr., (46-0-1, 32 KOs), according to Top Rank CEO Bob Arum, who is promoting the show.

Thurman, of Clearwater, Fla., is coming off a a sixth-round stoppage of Orlando Lora on the Broner-Escobedo card from the U.S. Bank Arena in Broner’s hometown of Cincinnati.