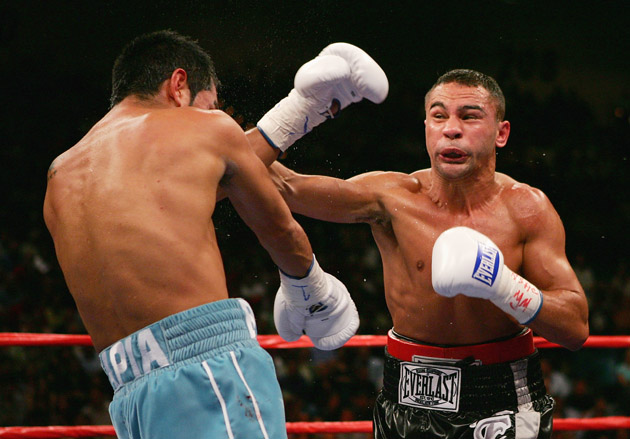 Robbie Peden was a fighter from the Glen Johnson school of philosophy, one of those who wasn’t considered to be among the best, but was always willing to fight the best. After representing his native Australia in both the 1992 and 1996 Summer Olympics, the Brisbane-born Peden registered a professional record of 25-4 (14 knockouts) during a ten-year career in which he won the IBF junior lightweight title and faced top talent like Marco Antonio Barrera, Juan Manuel Marquez and Nate Campbell.

Five years after he last stepped in the ring, Peden’s career will be honored this Friday when he is formally inducted into the Australian National Boxing Hall of Fame. The event will take place at the Crown Casino Palladium Room in Melbourne, Australia, and will also include the inductions of two-time Muhammad Ali challenger Joe Bugner (69-13-1, 41 KOs) and ’60s featherweight contender Wally Taylor (21-5-1, 6 KOs), among others.

Past inductees include Kostya Tszyu and Jeff Fenech, both of whom are also enshrined in the International Boxing Hall of Fame in Canastota, N.Y.

“It feels great to be in beside such great company,” said Peden, known affectionately as “The Bomber” during his fighting days.

David Hanvey, a founding member and treasurer of the ANBHOF, said that inductions are decided upon by a panel of former boxers and historians and that Peden was in his first year of eligibility. 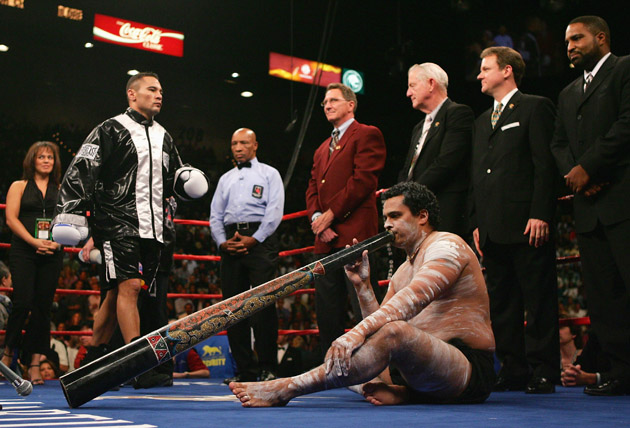 “He’s done Australia proud with winning a world championship after making it big in America,” said Hanvey of Peden. “He was a warrior in the ring and he’s a worthy recipient of this induction.”

Peden, now 38, was as confident outside the ring as he was in it, leaping from the Australian scene to train with Roger Bloodworth in America, where he made his pro debut in 1996.

“I don’t like to take things the easy way,” said Peden, whose amateur career was highlighted by a victory over Thai Olympic gold medalist Somluck Kamsing prior to the ’96 Games.

Peden won his first 16 bouts as a pro before dropping a decision to John Brown in mid-2000. Brown would go on to face Steve Forbes for the vacant IBF 130-pound title later that year. Peden won four more fights before being presented with the opportunity to fight a then-unknown contender named Juan Manuel Marquez on HBO’s Boxing After Dark. Peden says he entered the fight with a viral infection and was “always one step behind and couldn’t pull the trigger,” but that the opportunity was too great to pass up. Peden was stopped in the tenth round.

To most observers, Peden entered his 2004 bout with Nate Campbell (then 24-1-1) as the underdog, and for the first four rounds and two minutes into the fifth, that designation seemed justified. Campbell, who had just given Joel Casamayor all he could handle for ten rounds, unloaded mercilessly on Peden, his assault highlighted by a right uppercut that doubled Peden over in intense pain.

“He hit me like I’d never been hit with that body shot,” recalled Peden. 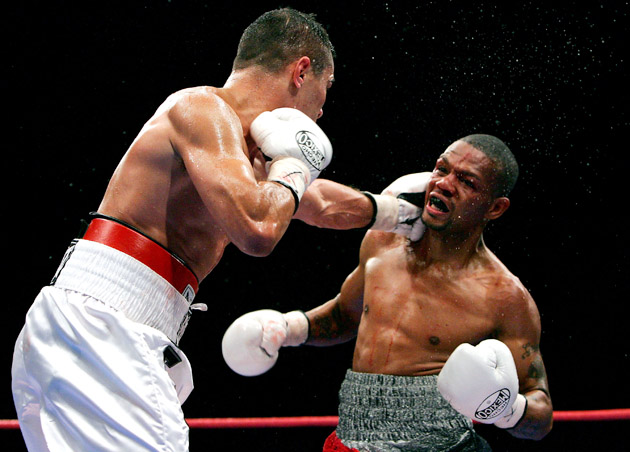 What happened next would change the path of Peden’s life and career forever.

Feeling in control of the fight, Campbell inexplicably dropped his hands in front of Peden, daring him to strike. Peden obliged, landing a short left hook that dropped Campbell and led to the stoppage. The video would later become an internet sensation as YouTube came into popularity years later.

Peden and Campbell would meet once more the following year, this time in Australia for the vacant IBF 130-pound title. Peden would once again win by a stoppage, this time due to a cut in round 8.

“On my land there was no way I was going to be beaten,” Peden said.

Peden’s reign would last just seven months, when he dropped the belt in a unification match with Barrera. Peden took 18 months off afterward and returned against Ranee Ganoy, but the fire was gone. Peden was stopped in the eighth round and packed the gloves away for good.

Despite all he accomplished, Peden says he could’ve done more. That said, he has no regrets. 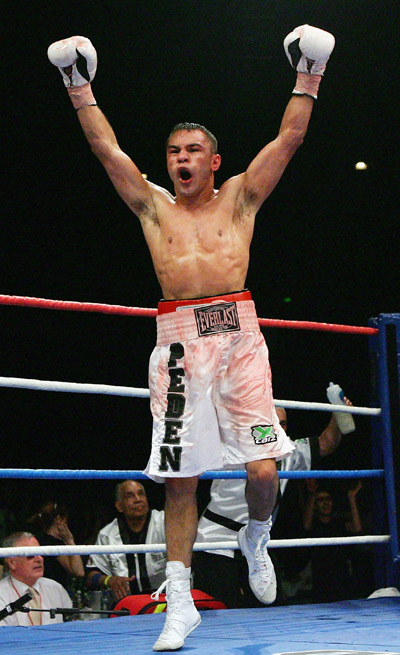 “I feel I showed every kid out there that anything is possible if you work hard,” said Peden. “I think you have to make your own luck and not be given things.

“My philosophy in everything is that money should not be your initial motivation. You need to have pride and love your work. When you love and have pride in your work, your work becomes good, when it is good it is valuable. When it is valuable the money comes.”

Today, Peden is still involved in boxing, running the legendary Fitzroys Stars Gym in Gertrude Street in Melbourne, which is housed inside an Aboriginal community center. Peden, who is of Aboriginal descent, is heavily involved in that community, serving as C.E.O. of the Indigenous Solutions Aboriginal Corporation, while also working with Melbourne Aboriginal Youth Sport and Recreation and Victorian Aboriginal Child Care Association.

“Everyday I climb into the ring to teach not to fight,” said Peden.

Just as in most countries throughout the world, Olympic glory and professional boxing success are not guaranteed harbingers for mainstream acclaim in Australia. That doesn’t matter to Peden, he says, so as long as the boss is content.

“Good boxing fans know who I am, the general public no,” said Peden. “The only person I need approval from is the person who pays my bills.

Ryan Songalia is a member of the Boxing Writers Association of America (BWAA) and contributes to GMA News. He is also a member of The Ring ratings panel. He can be reached at [email protected] Follow him on Twitter: @RyanSongalia.