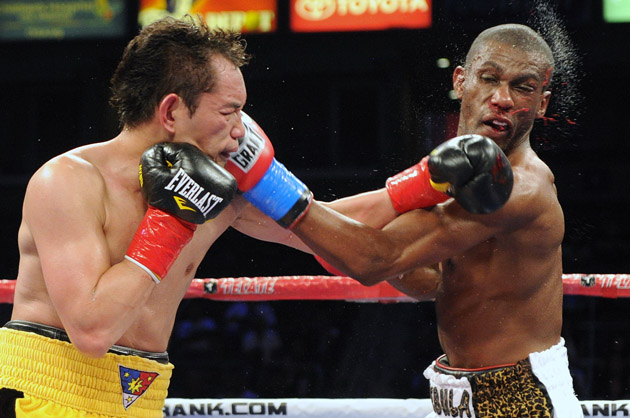 Arum also confirmed a report by BoxingScene.com that former WBA lightweight beltholder Brandon Rios (30-0-1, 22 knockouts) has reached a verbal agreement to appear on the Donaire-Nishioka undercard in his junior welterweight debut against rugged Mike Alvarado (33-0, 23 KOs).

With a decision over Eric Morel in April, Mares won the WBC belt that had been vacated by Nishioka, who stretched his winning streak to 16 straight fights with his last triumph by unanimous decision over two-division titleholder Rafael Marquez in October.

Donaire has made it clear that he believes Nishioka represents the most definitive of challenges.

“I think that the best guy in this division that I want to prove myself against is Nishioka,” said Donaire. “I think that Nishioka is the better of all of the guys. He’s proven himself in this weight class to be the real champion.”

Meanwhile, Donaire’s accomplishments include knockouts of three-division titlewinner Fernando Montiel and ex-beltholders Volodymyr Sydorenko and Vic Darchinyan in the second, fourth and fifth rounds, respectively, as well as a split-decision over Wifredo Vazquez Jr. and a decision over previously unbeaten WBO junior bantamweight titleholder Omar Narvaez.

Rios is coming off a controversial split-decision over Richard Abril in April that followed his 11th-round knockout of John Murray in December.

On the Rios-Abril undercard, Alvarado used relentless pressure, his vaunted physical strength and power punching to earn a hard-fought, 10-round unanimous over Mauricio Herrera (18-2, 7 KOs). 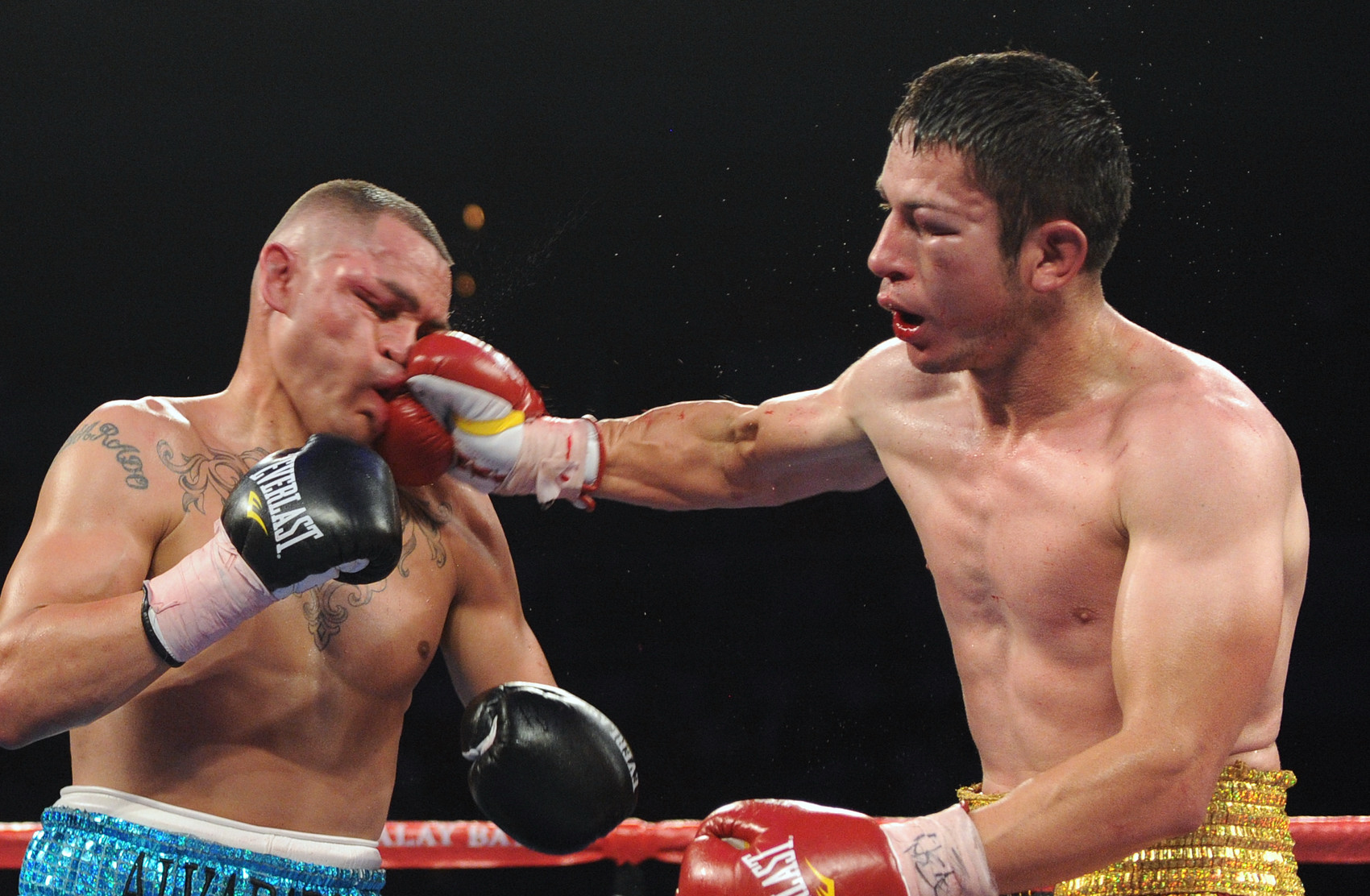 In the bout with Prescott, Alvarado was trailing 87-84 on the cards of Patricia Morse Jarman and Lisa Giampa, and, 86-85, on that of Jerry Roth. Alvarado, but closed by landing 27 of 38 power shots thrown in the 10th.

Alvarado dropped his rival with a vicious left-right-left uppercut series, and then landed a similar series of blows which forced referee Jay Nady to wave an end to the fight.

The end came at 1 minute, 53 seconds of the 10th, as Alvarado scored his 10th stoppage over his past 12 bouts against Prescott, who is best known for a 54-second knockout over Amir Khan in September of 2008.

Prescott was stopped for the first time in his career by Alvarado, who survived a treacherous fourth round during which a nasty right uppercut from Prescott opened a cut over his left eye.