Mayweather’s love thrives, even from jail 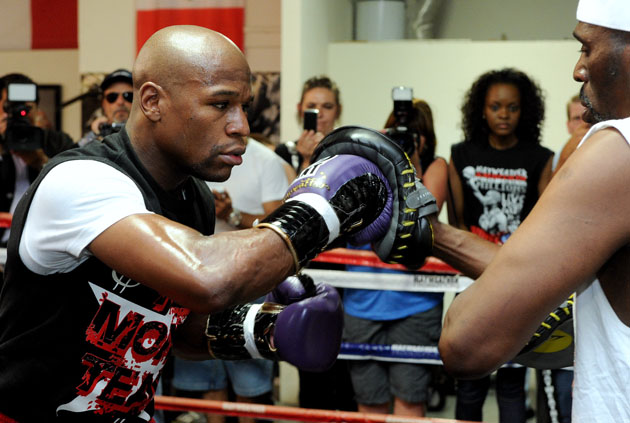 Even as a jailbird, Floyd Mayweather Jr. proved he still is a lovebird.

Although Mayweather (43-0, 26 knockouts) is not scheduled to be released from his sentence at the Clark County Detention Center until Friday, the 35-year-old, eight-belt, five-division titlewinner purchased an assortment of gifts — including a $30,000 handbag and jeweled high-heel shoes — for his girlfriend, Shantel Jackson, in honor of her birthday on July 25.

When he gets out of jail, Mayweather is expected to assume partner duties with rapper 50 Cent (aka, Curtis Jackson — no relation to Shantel) as CEOs of The Money Team (TMT Promotions.)

Former two-division titleholder Zab Judah informed ESPN.com that he met with 50 Cent, and former welterweight beltholder Andre Berto has reportedly met with him as well.