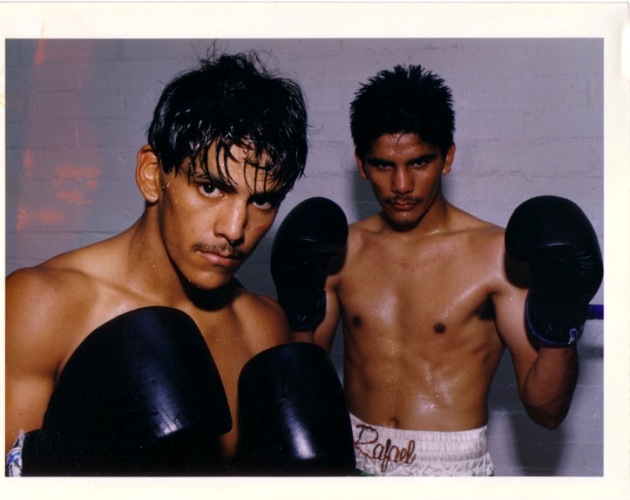 The title-winning Ruelas brothers, Rafael and Gabriel, will be honored for their contributions to boxing by their former promoters, Gossen Tutor, on Saturday night at the Sportsmans Lodge in Studio City, Calif.

RingTV.com caught up to Rafael Ruelas, a 41-year-old father of three who lives in Woodland Hills, Calif., where he is a licensed realtor and customer service agent.

“It’s a great honor to receive this recognition, especially in the valley where we grew up and had so many fights…,” said Rafael Ruelas, who, like his 42-year-old brother, Gabriel, was promoted by Dan Goossen and trained by his brother, Joe Goossen.

“I try not to get too close to boxing and reflect back on my career too often, because the Goossens really took us in. I didn’t look at them as a trainer and a promoter. They were family. That kind of loyalty is hard to come by anywhere, let alone in boxing.”

Ruelas was 27-0 with 22 stoppages when he suffered his first defeat, a second-round knockout loss to Mauro Gutierrez in July of 1991. Ruelas avenged the loss to Gutierrez by unanimous in July of 1992, later defeated Pendleton for the IBF’s lightweight belt in 1994.

Ruelas then scored three straight stoppage wins, defending his crown twice during that time, and was 43-1 with 34 knockouts when he was dethroned by De La Hoya in ’95. Ruelas ended his career on a positive note, taking a split-decision victory from Hicklet Lau in August of 1999.

Rafael Ruelas reflected on his career in this Q&A.

RingTV.com: What would you consider to be the highlight of your career?

I was excited for it and ready for it, but at the same time, after having gotten knocked down in the first round, you know, it did highly concern me.

I was happy and pleased after that one minute rest. My mind went to, “you know, I’m behind, so I’ve got to catch up.” It wasn’t like, “I’ve got to get away from this guy and not get close to him or I’ll get knocked down again.”

That didn’t come into my thoughts. I was happy that those were not the thoughts that came. The thoughts were, “hey, I’m behind, and I’ve got to make up for lost ground,” you know?

RingTV.com: What won that fight for you?

RR: Well, my relationship with Joe Goossen was, I would say, maybe the key to my winning that fight. Because right after that first round, I remember coming to the corner.

Joe was like, “you know what? You’ve already taken his best, so, you know, now, go after him. You’ve got to get him. So go and get him.”

So we figured that he had already given me his best, and I’ve taken it, and so go back and give him yours. So I followed that advice, and I think that it was good advice.

I was happy with the results. I know that I was close to knocking him out later on. I don’t know if it was the ninth or the 10th or the 11th round, and it didn’t happen. But it was still very satisfying to beat him.

RingTV.com: What made it so rewarding?

RR: Well, because he was such a loudmouth and he was disrespectful. So that was the highlight. 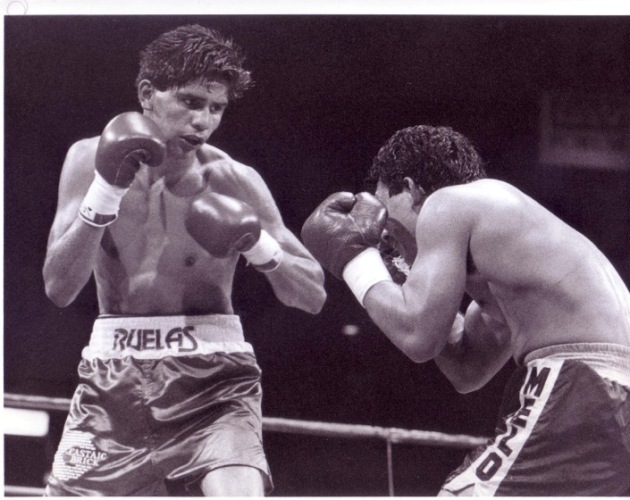 RingTV.com: Can you name another?

RR: Well, one other person that I would mention was the win actually Stevie Cruz, because I remember watching Stevie Cruz against Barry McGuigan. And Cruz had beaten McGuigan.

I was a young kid at about the age of 19 when I fought him. I was like, “wow, this guy is good.” But I was able to get in there and fight an ex-world champion.

And it was because of the way that I remember Stevie looking at me. My interpretation was that he was thinking that he was fighting a kid.

So I was like, “well, we’ll see when we get in there.” So that was very satisfying to me to beat him and to stop him the way that I did. I think that I was 19.

RingTV.com: Did you ever think about fighting again after you retired?

RR: No, you know, because I’m secure in my career. It went the way that it did and I’m good. I feel good. I’ve run three marathons, so I’m in pretty good shape.

I’m in good health and that’s a good thing. I’m happy to be where I am today. I have a beautiful wife and I have beautiful kids.

RingTV.com: Would you ever allow your children to box?

RR: I would. My wife, on the other hand, she wouldn’t. But I would. I learned a lot from the sport of boxing. It’s difficult. It’s an isolated sport at times.

It’s a difficult sport that requires a lot of discipline and self-control. So you can get a lot out of it. If you apply it to other parts of your life, though, it can help you out.