24
May
by Doug Fischer

LOS ANGELES – Boxing lost one of the most anticipated bouts of 2012 when Andre Berto’s failed pre-fight drug test recently dashed the rematch with Victor Ortiz that was to take place at Staples Center on June 23.

However, Southern California fight fans may have gained a better overall boxing event with the replacement main event and the addition heavyweight slugger Chris Arreola to the card and the Showtime broadcast. 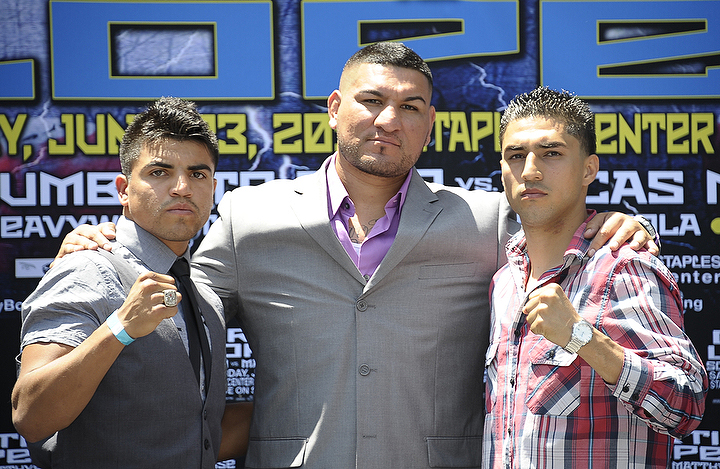 Josesito Lopez, a 27-year-old junior welterweight from Riverside, Calif., stepped in for Berto and will now have five weeks to get ready for Ortiz and the biggest opportunity of his nine-year pro career. Lopez (29-4, 17 knockouts) does not have Berto’s credentials but he brings things to the table that should help make for an entertaining night of boxing, especially for local fans who make the trek to Staples Center, where the June 23 event remains.

Lopez, who is coming off an exciting 10-round split decision loss to undefeated prospect Jessie Vargas last September, does not possess Berto’s impressive blend of speed and power and he hasn’t been a staple of HBO programming as the 2004 Haiti Olympian was for the past few years.

However, Lopez can fight, as anyone who watched the Vargas fight, which opened the Floyd Mayweather-Ortiz pay-per-view show, or his ESPN2-televised seventh-round KO of then-unbeaten prospect Mike Dallas Jr. last January can attest to.

And while Lopez lacks Berto’s quickness and pop, he takes a better punch and has better stamina than the former welterweight titleholder.

“I’m not going to overlook Josesito,” Ortiz (29-3-2, 22 knockouts) told the media during a recent press conference announcing the new main event at the downtown arena. “I’ve watched him quite a bit. We share one thing and that’s a lot of heart.”

Because of that heart, Lopez is more respected in Southern California than the better-known Berto. And like Ortiz, he is a bilingual Mexican American, which will probably result in more Spanish-language sports media coverage than the Ortiz-Berto rematch would have commanded.

Golden Boy Promotions, the lead promoter of the show, has priced tickets from $50 to $250 in hopes of bringing out 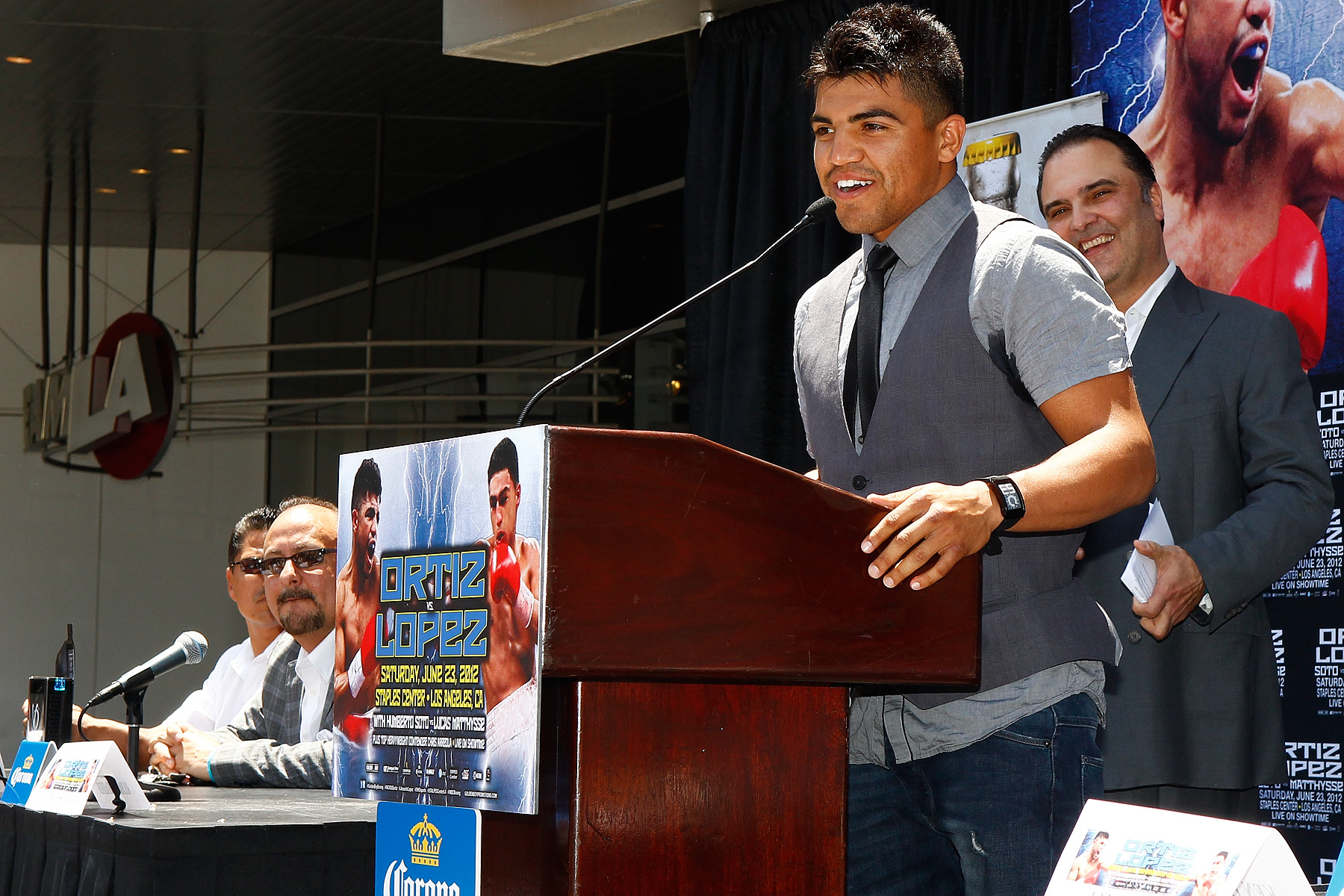 fans from Riverside and from Oxnard, Calif., where Ortiz lives and trains. The L.A.-based company, which is working with local promoters Goossen Tutor and Thompson Boxing, is confident that the co-featured bout between junior welterweight contenders Lucas Matthysse and Humberto Soto and the Arreola fight will add up to a enjoyable experience.

“With Ortiz and Lopez you have two guys who will give their all and go toe to toe,” said Golden Boy CEO Richard Schaefer. “Matthysse and Soto are the same way, they come to fight. And when has Chris Arreola been in a bad fight? It doesn’t happen.”

“You have to get lucky sometimes when you’re replacing a main event fight,” Gomez told RingTV.com. “We were lucky that in Ortiz we had a fighter who was willing to fight anyone once Berto was out. We tried to make the best match possible. Amir Khan was the first guy we went to, but he had his own HBO date in July.

“We tried to make the rematch with Marcos Maidana, but he didn’t think he could make weight in time for the fight. We tried Jessie Vargas, who just fought (on the Mayweather-Cotto undercard) but he had barely begun training. But going to Vargas made me think of Josesito, who gave him such a good fight.

“We lucked out. Josesito had been in the gym and he jumped at the opportunity to fight Victor. I think it’s a tough fight. Lopez is a boxer-puncher who has never been knocked out. A lot of people thought he beat Vargas. The only question is how strong he’ll be at 147 pounds.”

Lopez says he’ll be at his best at welterweight. 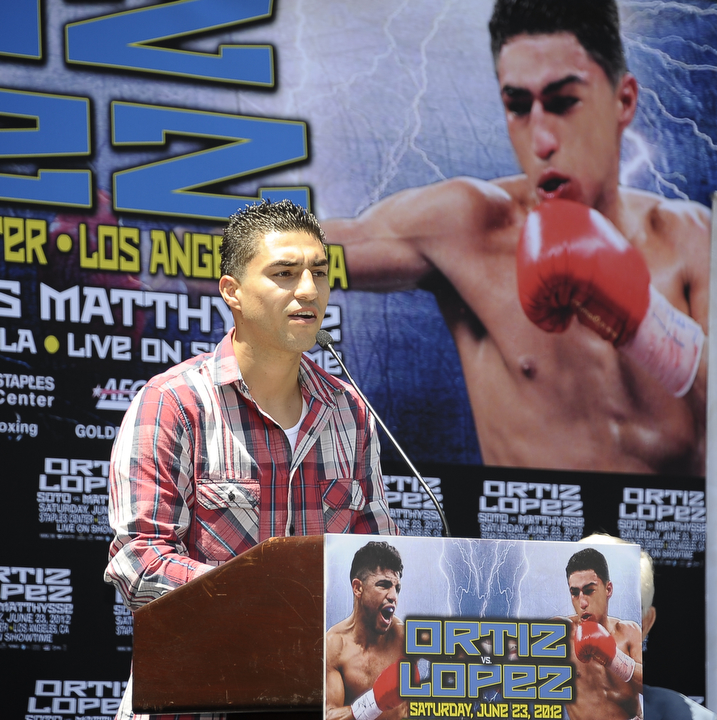 “The weight is an advantage for me,” Lopez told RingTV.com. “I’m a taller fighter (than Ortiz) and I do have to really work hard to make 140. I’m going to be the strongest I’ve ever been at 147 and that night Victor Ortiz will feel my punches.”

Gomez reminds fans who think Lopez is undersized that Ortiz only recently moved up from 140 to 147 pounds – his unanimous decision victory over Berto last April.

“Some guys get stronger when they go up in weight,” Gomez said. “That’s what happened with Victor. He said he felt weak in the late rounds against Lamont Peterson (his last junior welterweight bout) and was definitely better at welterweight against Berto. Maybe Lopez, who is big for a 140 pounder, taller than Victor, will be the same way. We’ll see.”

Gomez is pretty sure Ortiz-Lopez will be a good fight. He knows Matthysse-Soto will deliver.

“I’m excited about that co-feature,” he said. “I made Matthysse-Soto but I’m going to sit down with some popcorn and enjoy it.”

If things go the way Gomez and company have planned, an arena full of Southern California fight fans will enjoy the fights with him.