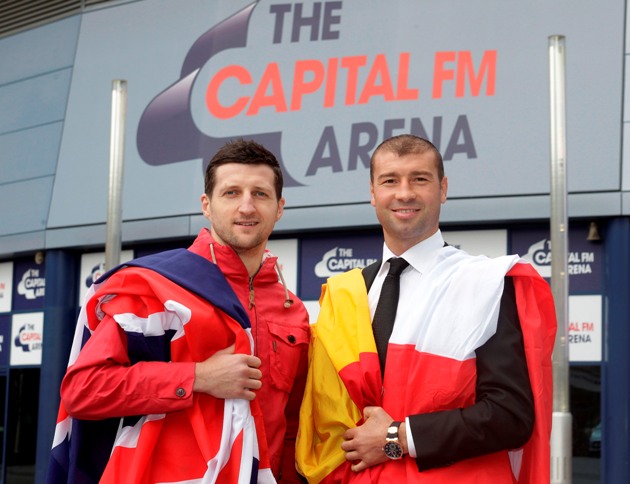 24
May
by Lem Satterfield

WBC featherweight beltholder Jhonny Gonzalez will pursue his 13th straight win and his 12th knockout during that run when he makes the fifth defense of his crown against former titleholder Daniel Ponce de Leon on the undercard of the Saul “Canelo” Alvarez–Paul Williams junior middleweight title bout on Sept. 15 at the MGM Grand in Las Vegas.

“We’re looking closely at the fight between Soto-Matthysse from the June 23 card,” said De La Hoya, referring to a main event that matches Victor Ortiz in a welterweight bout opposite Josesito Lopez at the Staples Center in Los Angeles.

“For me, personally, Maidana is a guy that I would love to put on there. Maidana against the winner of Soto-Matthysse sounds very enticing. It’s a natural fit.”

Gonzalez (52-7, 45 KOs) defended his belt with a unanimous decision over once-beaten former beltholder Elio Rojas in Cancun in April. Although Gonzalez won, Rojas ended his streak of 11 straight stoppage wins that a fourth-round knockout that dethroned Hozumi Hasegawa in April of last year.

Gonzalez had not lost since suffering a third-round KO to Toshiaki Nishioka in May of 2009 that ended his streak of six straight wins and five consecutive knockouts.

Ponce de Leon (43-4, 35 KOs) is coming off a unanimous decision over fellow Mexican southpaw Eduardo Lazcano on May 4 that followed his sixth-round knockout of Omar Estrella in January.

The win over Estrella helped Ponce de Leon to to bounce back from consecutive decision losses to Adrien Broner and Yuriorkis Gamboa in March and September of last year.