Dawson’s trainer says Ward’s in for a fight 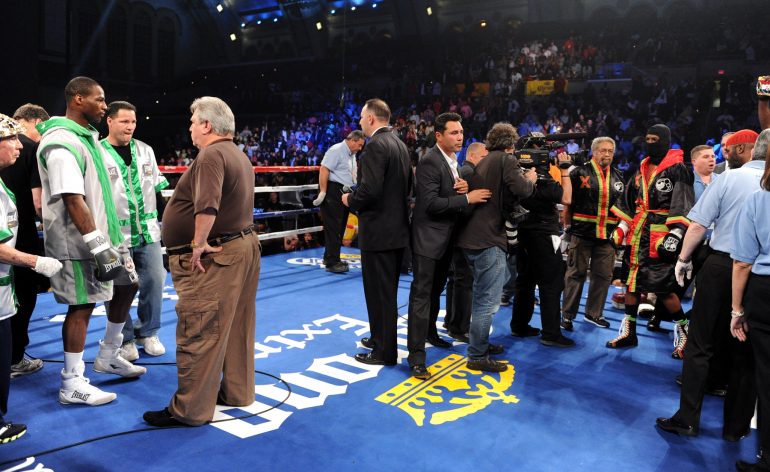 A deal is “close” for a potential bout between THE RING’s super middleweight champion Andre Ward and RING light heavyweight king Chad Dawson on Sept. 8 in Atlantic City or Oakland, Calif., and Dawson’s trainer, John Scully, told RingTV.com that he is excited about the prospect.

Rated No. 5 pound-for-pound by THE RING, Ward (25-0, 13 knockouts) will put his WBA and WBC belts on the line against Dawson (31-1, 17 KOs), who will make the drop to 168 pounds after having scored a majority decision over Bernard Hopkins last month. The rematch victory earned Dawson THE RING and WBC light heavyweight titles.

Scully returned to the corner of Dawson against Hopkins after having worked with the fighter previously during a stretch from 2007-through-2008 where he vanquished former world titleholders Tomasz Adamek, Glen Johnson and Antonio Tarver.

A resident of New Haven, Conn., Dawson’s record also includes a win over former beltholder Adrian Diaconu, with his one loss coming by way of an 11th-round technical decision against Jean Pascal in August of 2010.

In this Q&A, Scully says Dawson, a 29-year-old southpaw, will represent the most difficult challenge Ward has faced.


RingTV.com: Do you think that Chad will have any issues making the drop to 168?


John Scully: I haven’t talked to Chad about it, but from what I’m hearing, they say Ward won’t go any higher. He says that it’s got to be at 168. Chad says that he can make it from having talked to him before.

Chad did tell me last week that he could make 168 and do whatever he has to do. I guess that he wants the fight, and if it has to be done, then I guess that it’s going to have to be at 168.

RingTV.com: What’s involved in the transition from facing an older veteran such as Hopkins at the higher weight to dropping to face a younger, rising star in Ward?

He talks about proteins and enzymes and all of that stuff. He knows it all. He knows what’s involved in making the weight and how to do it.

Chad’s been with him for a while and he does everything he says, and I’ve seen him in action where he’ll tell Chad, “eat this,” or “eat that.”

Or “drink this,” and, “drink that,” and Chad has done it. So Axel seems to think that it’s not going to be a problem dropping the weight. 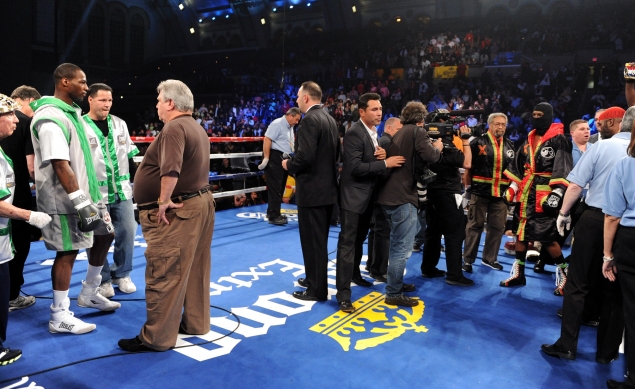 RingTV.com: What does it say about Chad that he’s willing to go down in weight to get Ward?

JC: I’ve told people recently that they have to understand what type of guy Chad is. When I trained Chad in 2004 before anybody knew who Chad was, he told me then that he wanted to fight Hopkins.

I was like, “Well, you know, slow down.” I wanted to take our time with that, but he wanted to fight Hopkins then. So, you know, he’s just that type of kid. He’s not afraid to fight anybody.

So, you know, I admire Chad’s conviction to want to face this guy and to do whatever it takes to make the fight with Ward. These days, you have guys where I know it’s a bigger issue in other fights.

You get Floyd Mayweather and Manny Pacquiao who can’t come to terms to fight their toughest opponent because of this, that and the other thing. But then you’ve got a guy like Chad.

RingTV.com: Do you consider this a step up in competition for Chad or a lateral situation?

JC: You know, Chad’s the type of guy who adjusts very well. Very well. But I think that Chad showed that in the last fight in particular that he can adjust to tough situations.

But, you know, so far, everything that I’ve read so far is about wondering how Chad is going to have deal with Ward. You know?

Ward has never faced anybody like Chad before in terms of his style and the speed and the youth and the elusiveness and the combination punching. Chad’s completely different than a Mikkel Kessler.

Chad’s different than every one of those other guys. So I think that a little too much emphasis is being placed on what we need to watch out for. I think that Andre Ward is going to have to make quite a few adjustments as well. 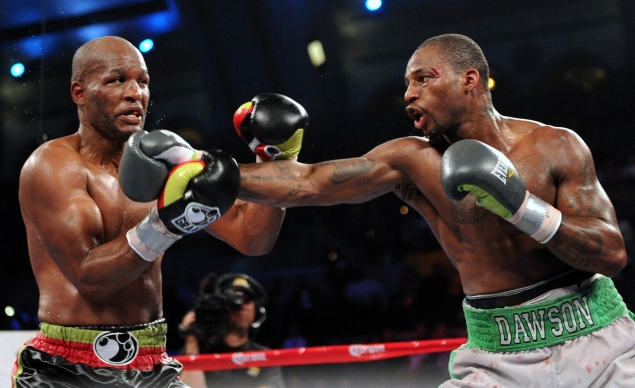 RingTV.com: Where do you think the fight should happen?

JC: You know, Chad has beaten five or six former world champions, and he’s coming off the win over Bernard Hopkins. It was a great accomplishment to win the Super Six.

But I don’t think that the Super Six went over as big as everyone hoped that it would. Chad shouldn’t necessarily be in a position where he’s looked at as the underdog or the B-side.

Chad’s a much better and much more high profile fighter than that. When we’re in the ring in Atlantic City, the majority of the people in the audience were for Hopkins, but Chad looked good, and he beat Hopkins.

So a lot of people will come to Atlantic City for Chad this time. But this fight, anywhere that you put it, it’s still the same two guys. Boxing fans are boxing fans, and they know who these two guys are now.

This just has the feel to me of an East Coast fight or a Las Vegas fight. I don’t think that Chad’s the guy that has to go to Oakland. I just don’t see that. I just think that Chad deserves a lot more respect than that.