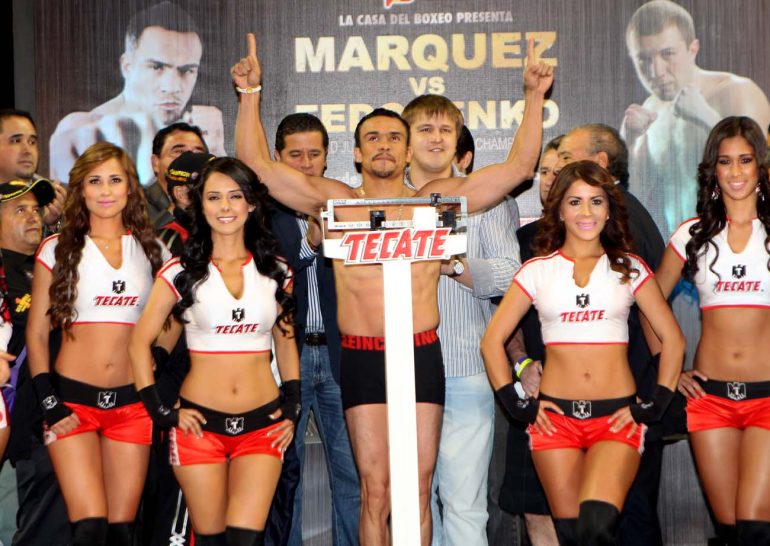 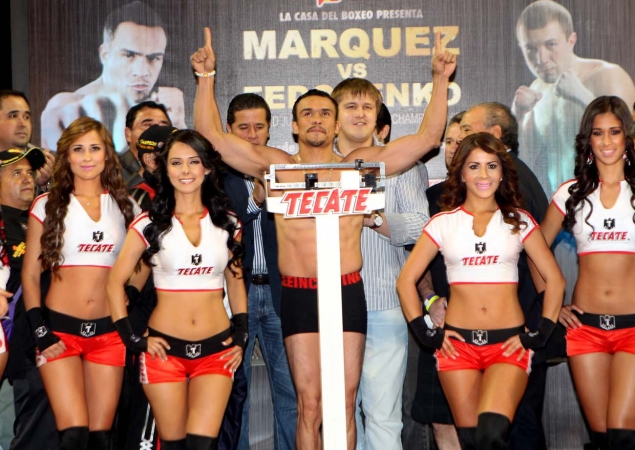 LAS VEGAS — Juan Manuel Marquez wants to face a southpaw in his next fight, potentially former beltholder Zab Judah, with an eye toward a fourth clash with left-handed WBO welterweight titleholder Manny Pacquiao.

Marquez (54-6-1, 39 knockouts) is coming off April’s unanimous decision over Sergei Fedchenko for the WBO’s interim junior welterweight belt. Prior to that, Marquez, 38, had lost his third match with Pacquiao (54-3-2, 38 KOs) ast November by a disputed majority decision.

Pacquiao, who had previously battled Marquez through a draw and a split-decision victory, takes a 15-bout winning streak that includes eight stoppages into his June 9 clash with Tim Bradley (28-0, 12 KOs), whom he will face on HBO Pay Per View at the MGM Grand in Las Vegas.

A 34-year-old southpaw and former welterweight and junior welterweight titleholder, Judah (42-7, 29 KOs) and other opponents are being considered for Marquez on July 14 at Dallas Cowboys Stadium, according to Judah, his promoter, Kathy Duva, of Main Events, and Top Rank CEO, Bob Arum, Marquez’s co-promoter with Fernando Beltran.

“Top Rank has not made an offer,” said Duva. “They are merely considering possible opponents for Marquez at this point.”

Last month, Arum suggested that left-handed Felipino Mercito Gesta (25-0-1, 13 KOs) might be a potential rival for Marquez, this, after having come through with last month’s eighth-round knockout of Colombian journeyman Oscar Cuero.

Duva and Arum and acknowledged that talks have begun, with Arum expecting to make a decision on Monday.

“My promoter hasn’t told me anthing, perse, but I’m waiting for Bob Arum to tell me about July 14. I’ll take whoever they feel is the best opponent for me. But it has to be a southpaw in case Manny wants to fight with me again,” said Marquez.

“I am looking for another southpaw opponent with Pacquiao’s style. I need to speak with my promoter and I need to talk to Fernando Beltran. I don’t know what will happen at this moment. I’ll arrive in Mexico maybe on Monday and speak with Fernando.”