Garcia will get title shot against Caballero 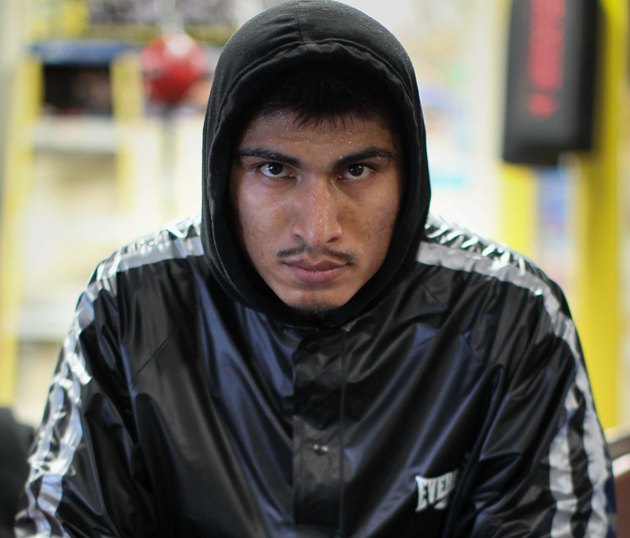 “I’m very excited and very happy about this opportunity. This is the chance I’ve been waiting for and I’m up for the challenge. I feel that this is the perfect time and that I’ll win the title,” said Garcia, who trained by his father, Eduardo Garcia, and his older brother, ex-titleholder Robert Garcia.

“I’m in my prime and I’m ready to show everyone what I have by winning the world title. It’s been about three or four weeks since I’ve known about the possibility of fighting Caballero. My manager, Cameron Dunkin, asked me if I was comfortable with that, and I said, ‘of course.’ I wanted any champion. So, we got Caballero, and that’s who I’ll be fighting for the title.”

A resident of Oxnard, Calif., Garcia longs for the popularity and fan base of Mexican fighters such as WBC junior middleweight beltholder Saul “Canelo” Alvarez and WBC middleweight titleholder Julio Cesar Chavez Jr.

“I think that any of the featherweight champions would have given us the opportunity that we were looking for,” said Robert Garcia. “But of course, Caballero is a good one because he is a world champion, so Mikey will be very well prepared for this title shot.”

A bilingual American, Garcia lists Floyd Mayweather Jr. as his favorite boxer, and eschews what he calls the traditional Mexican “brawler” or “close quarters” style for a more comprehensive, cerebral approach which employs his defensive skills, power and range — he stands nearly 5-foot-9 — to their full collective potential. 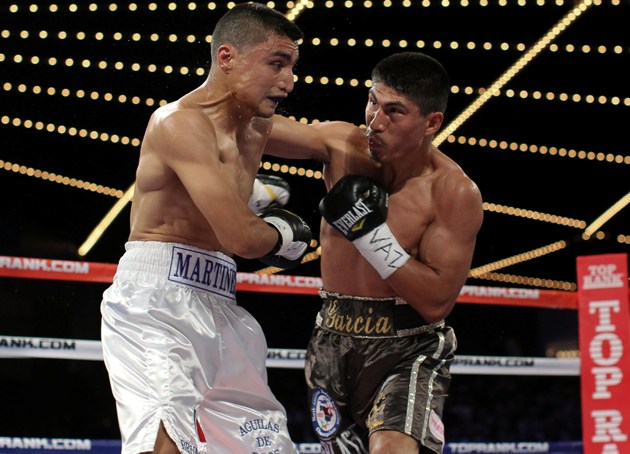 In Caballero, however, he’ll be facing an opponent with an even greater range; the 35-year-old Panamanian is unusually tall for the division at 5-foot-11.

“I’ve seen some of Caballero’s fights, and he’s a crafty guy who is very tall and has a big reach. His style is a little awkward and a little difficult for anybody. He’s lanky,” said Garcia. “But we will have to make the right adjustments and work on a good strategical way in and figure him out.”

Garcia is coming off a seventh-round knockout of Bernabe Concepcion on the undercard of the Orlando Salido’s–Juan Manuel Lopez rematch. The win over Concepcion was the 12th stoppage win in Garcia’s past 13 fights.