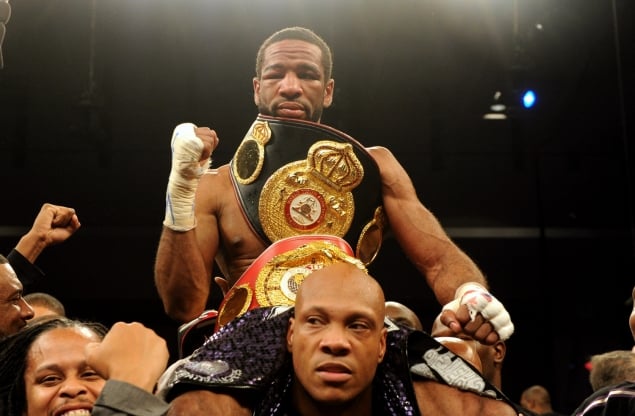 IBF/WBA junior welterweight beltholder Lamont Peterson says that he will be more dominant in his May 19 rematch at the Mandalay Bay Hotel and Casino against Amir Khan, whom he dethroned by split-decision for the belts in December in Peterson’s native Washington, D.C.

Peterson-Khan I will be honored as the IBF’s Fight of The Year at the organization’s May 29 convention in Honolulu, according to IBF public relations director Jeanette Salazar.

After losing to Bradley, who dropped him in the third round, Peterson earned a 12th-round stoppage of Victor Cayo in July of 2011 after having risen from two third-round knockdowns to salvage a draw with Victor Ortiz in a 10-round bout in December of 2010.

In this Q & A, Peterson, who will be featured in Sports Illustrated in a story to run the week of his bout with Khan, spoke to RingTV.com about his progession toward the crown, the return bout and his relationship with manager and trainer, Barry Hunter, who rescued Peterson and his brother, Anthony, from the the streets of Southeast Washington, D.C. 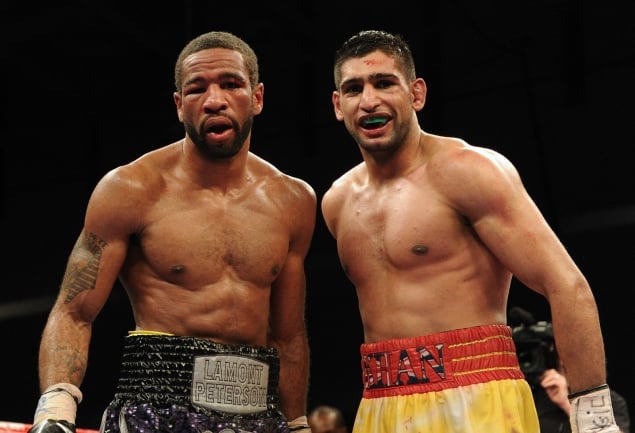 RingTV.com: What sort of a statement to you hope to make in this fight that sort of validates your progression from the loss to Bradley?

Lamont Peterson: Pretty much I want to let people know that I’m here to stay. I won the big fight, but that’s not it. I’m going to keep moving forward. I always wanted to be in a rematch.

Now, I’ve got a rematch going on with Khan. I want to get that out of the way for myself. I’m not too much worried about what they were talking about.

I just want to go out there and show that I can pretty much do anything to win. Last time, I put a lot of pressure on him, but this time, if I have to do something different to win, then I will do it just to show that I’m a complete fighter.

RingTV.com: What elements of your three fights leading up to Khan — Bradley, Ortiz and Cayo — have made you so confident that you can make this your statement fight?

LP: For me, all of those fights that you just mentioned, they just helped me to become more settled in the ring. I’m a thinking man in the ring, and the calmer I am even though there’s adversity, the better I’ll be.

It’s my ability to think. The bottom line is it’s about me getting comfortable in the ring, and each time that I go out, I get more comfortable and I’ve been performing better. 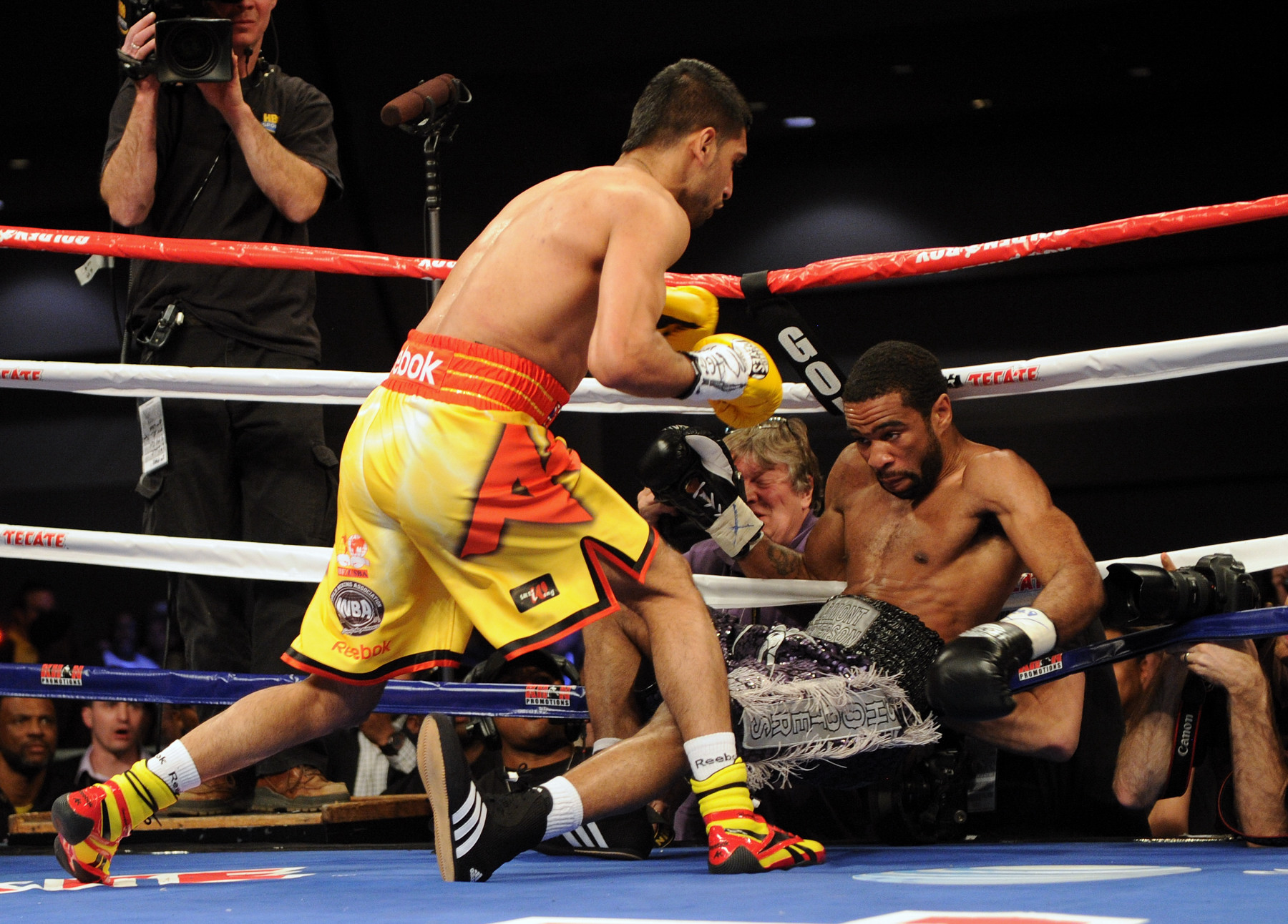 RingTV.com: Can you discuss the notion of loyalty in relation to yourself and Hunter in this day and age when many top fighters are breaking off or have broken off with their longtime trainers?

LP: Barry has been close with me since we first met. It’s a different type of relationship between me and him and other trainers.

It’s more than just coaching and fighting, it’s more like father-son. So, it’s a stronger bond there. So of course, I will trust him with my life. I won’t betray him and he won’t betray me.

It’s just something about Barry’s personality. He’s loyal and it’s in me and my brother’s personality to be loyal to him. So it’s been a perfect fit.

RingTV.com: How was it for you when you went to England during your press tour with Khan for the second fight?

LP: They treated me really nice. They all looked at me as the champ and they were all excited to see me. They were really good people and treated me well.

RingTV.com: How did you feel that Khan was treated when he returned to Washington, D.C. for that part of the tour?

LP: I wasn’t worried about it. It was just a press conference and the fight was just a fight. Didn’t really matter to me. I try not to let that sort of stuff like that get to me.

At the end of the day, I’m just going to get into the ring with him again on May 19 and try to see who is the best fighter. I love fighting and I try to leave it that way.

I try not to let boxing take over or become part of my personal life or let it drive me to do something that I normally wouldn’t do or think. I just try to leave boxing as boxing and my life as my life.

So if we’re not in the ring boxing, I’m not worry about the way he feels or the way he views the fight. I didn’t worry too much about how he felt about coming back to D.C. 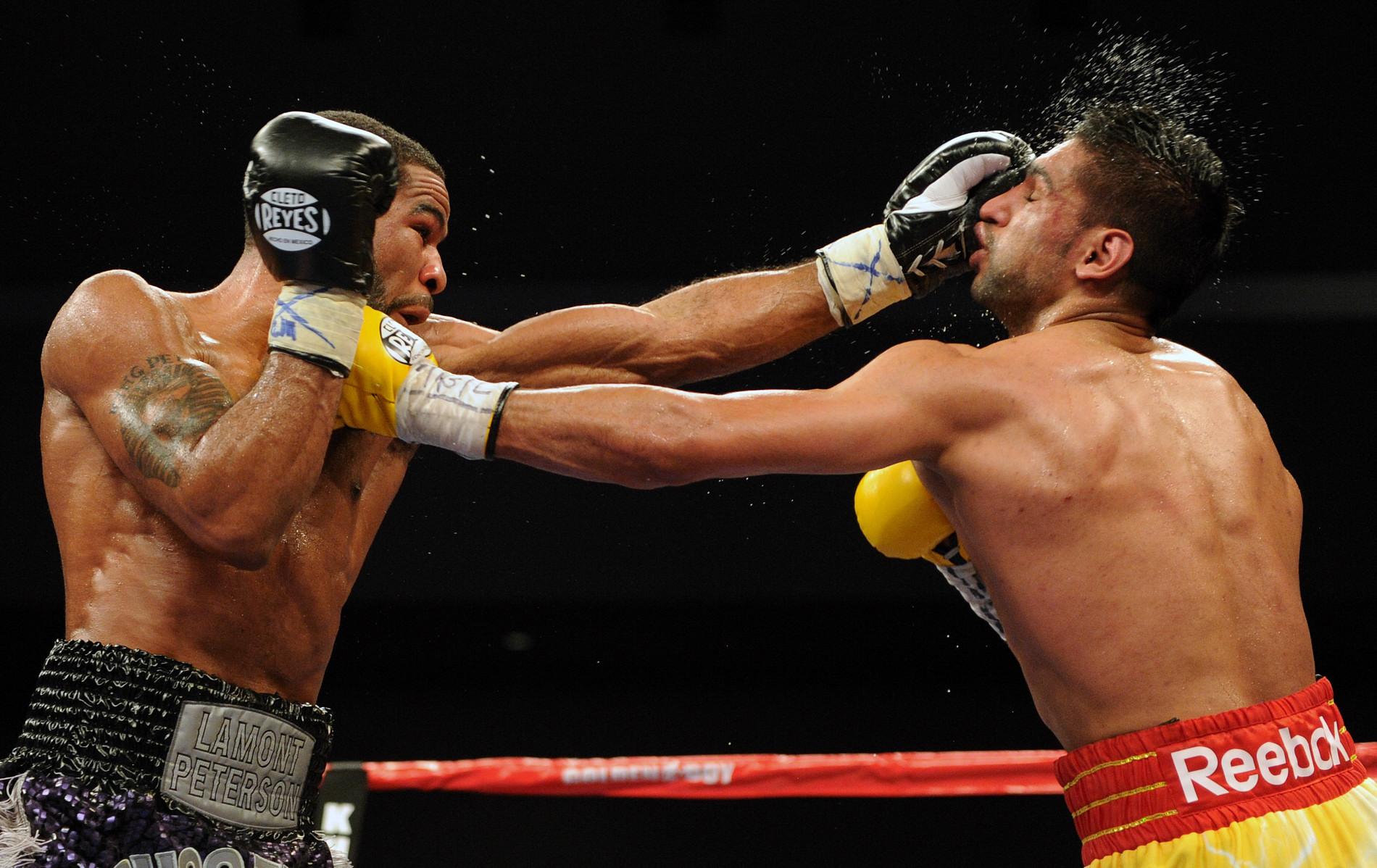 If it comes down to a knockout, then I’ll win by knockout. If it’s a decision, then I’ll be winning a decision. I just know that I’ll control the fight all the way through and I’ll be the winner.