Former three-time welterweight titleholder Antonio Margarito will return to the ring against Colorado’s Abel Perry on May 26 at the Casino del Sol in Tucson, Arizona, Margarito’s co-manager, Francisco Espinoza informed RingTV.com on Wednesday.

Margarito confirmed that talks were under way for him to fight in Arizona, this, after his brother-in-law, super-flyweight Hanzel Martinez, scored a first-round stoppage of Jose Miguel Tamayo at Casino Del Sol on March 23.

In Perry, Margarito (38-8, 27 knockouts) is facing a 33-year-old fighter with a 18-5 record, including nine knockouts. Perry has won five straight fights, four of them by knockout, and scored his second straight stoppage in his last bout, a third-round TKO of Keith Collins in January.

Margarito is coming off a 10th-round TKO loss to Miguel Cotto last December, during which his surgically-repaired right eye was badly bloodied by the WBA junior middleweight titleholder.

“The plan, according to Top Rank, (is that) he might be in line to fight Chavez Jr. later, and that could be next if everything works out okay,” said Espinoza. “We’re thinking probably late September for Chavez Jr., and we don’t want to jeopardize that.”

Margarito suffered a fractured right orbital bone during a unanimous decision loss to Manny Pacquiao in November of 2010, necessitating the surgery to his eye.

Margarito’s co-manager, Sergio Diaz, told 15rounds.com that the skin surrounding Margarito’s eye is vulnerable to further cuts because of the many blows he has absorbed, adding that the 34-year-old veteran will probably have to take on a more defensive style in order to extend his career.

“We tried to convince him not to fight any more, but he wants to fight, so we’ll see how he looks in this fight. If he looks great, then that’s fine,” said Espinoza.

“But he has to look great, and not just win. He’s got to be in tremendous shape. If he comes out of this with a big win, great. Otherwise, just forget about it, man. As it is, we want Tony to fight maybe two or three more fights, and then, that’s it.” 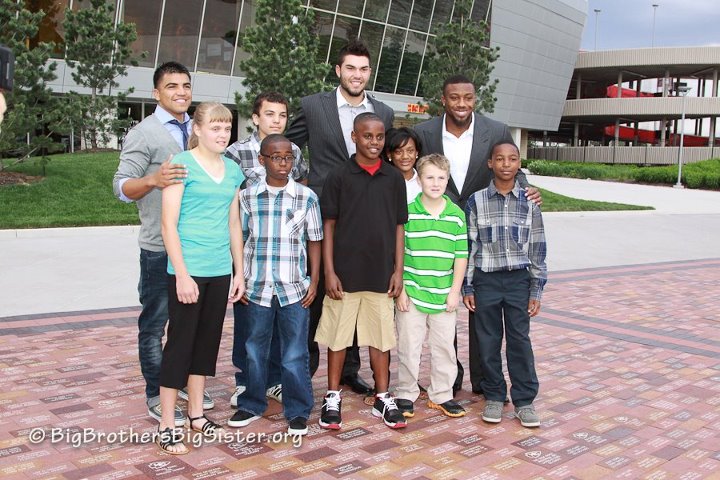 “My heart goes out to these wonderful children. I have never met one that I didn’t immediately love,” said Ortiz. “Any time Big Brothers-Big Sisters needs me, I’m there for them.  Nothing I do is more important.”

Ortiz recently attended a fundraising event for the Little Brothers and Sisters of Kansas City.

“You’ve never seen a gentler, more loving person than Victor when dealing with these kids whch he does all the time,” said Ortiz’s manager, Rolando Arellano.

Ortiz has been a big brother before — to his younger sibling, Temo Ortiz.

Born the second of three children to Mexican immigrants in Garden City, Kansas, Ortiz was just 7 years old when his mother left him, 13 when his alcoholic father did the same, 15 when he and his younger brother, Temo, moved in with their 18-year-old sister, and still under 20 years old when he became Temo’s legal guardian.

Along with adopted parents and a now deceased boxing trainer, Ignacio “Bucky” Avila, the fight game helped the teenaged Ortiz to channel his angst and energy toward becoming a success in the 2003 Junior Olympic Nationals, and, eventually, in the pros.

“I had no choice. What was I going to do?  Call social services for help and have me and my kid brother put in separate foster homes. I guess that’s why Big Brothers Big Sister are so close to my heart.  We lived it,” said Ortiz.

“It was rough.  Picking through restaurant garbage cans, living in a trailer with no heat, electricity or cooling in the summer. But it made us strong.  Temo operates a successful trucking company in Garden City and I’ve had some success in boxing. If we had it to do all over again, I probably wouldn’t have done it differently.”

Ortiz dethroned Berto as WBC titleholder by decision in April of last year before losing the belt by fourth-round knockout against Floyd Mayweather Jr. in September.

Berto rebounded by beating IBF welterweight titleholder Jan Zaveck by fifth-round knockout also in September, but gave up that crown in order face Ortiz in a non-title return bout. 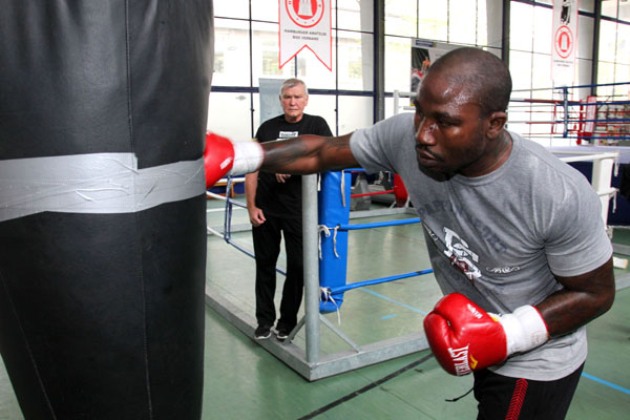 After losing February’s majority decision to WBA regular heavyweight beltholder Alexander Povetkin, Marco Huck dropped into the cruiserweight division, where he will defend his WBO title in a rematch with Ola Afolabi on May 5 in Messehalle, Erfurt, Th├╝ringen, Germany.

Huck has won 15 straight fights as a 200-pounder, including 11 by knockout, since falling by 12th-round stoppage to Steve Cunningham in December of 2007. Huck defended his crown against Afolabi (19-2-3, 9 KOs) by unanimous decision in December of 2009.

“I am not thinking of losing at all,” said Afolabi, a winner of five straight fights, three by stoppage, since falling to Huck. “Marco Huck is a tough fighter, but tactics-wise he is not very smart.”

“With K2 and the Klitschkos as well as trainer, Fritz Sdunek, I have a great team and I am much more professional than in 2009,” said Afolabi.

“I am the youngest of eight brothers, and thus, I always had to fight. It is in my genes. I am mentally and physically ready for Huck. He needs a gun to beat me.” 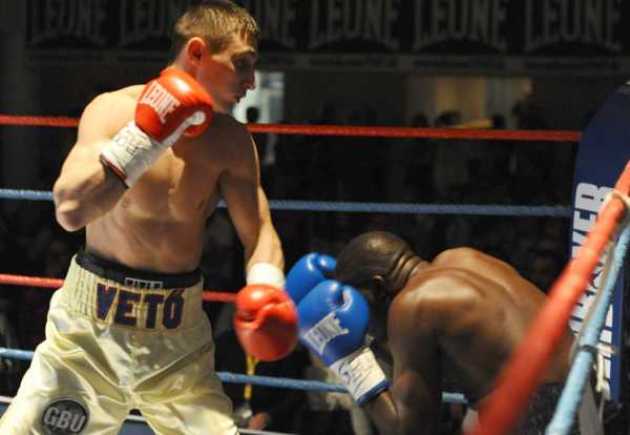 Hungarian junior welterweight prospect Gabor Veto (28-0-0, 22 KOs) scored his fifth straight knockout in the seconnd round of an April 21 bout with Justin Juuko of Uganda at the Hotel Marsoel in Chur, Switzerland.

“That’s a good victory, but only a step on the way to the top. I want to fight against the best in the future,” said Veto, who is 23. “I’ve been moving, and I’m training hard for that night. I’m pushing my limits with my effort and desire.”

Quotable: “The key to me winning is being in control like always, keeping my composure like always and never going out of character,” Floyd Mayweather Jr.