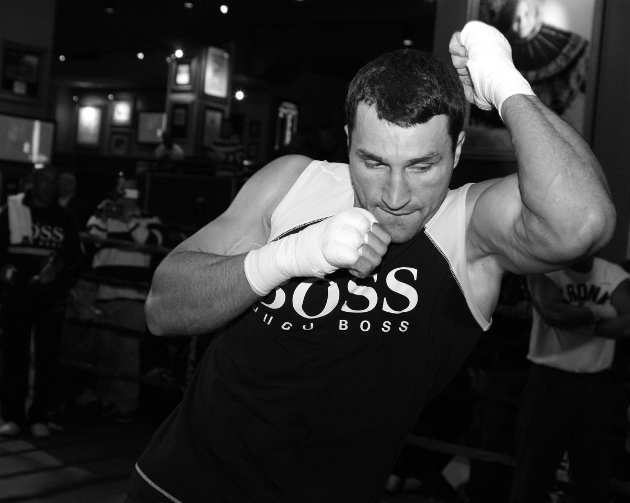 As originally reported by RingTV.com, RING heavyweight champ Wladimir Klitschko will pursue his 16th straight victory in a rematch with Tony Thompson on July 7, with the location to be the Stade de Suisse in Berne, Switzerland.

By the time they enter the ring, it will have been nearly four years to the day that the 6-foot-7 Klitschko scored an 11th-round stoppage of the 6-foot-5 Thompson (36-2, 24 knockouts), who has since won five straight consecutive fights, all by knockout.

“I have been waiting a long time for this rematch,” said Thompson, 40, who was beaten by Klitschko on July 12, 2008. “In Berne, I will complete what I missed out on four years ago. I will knock Klitschko out and take all his belts to the United States.”

Klitschko (57-3, 50 KOs), who turned 36 on March 25, is coming off a fourth-round knockout of former cruiserweight titleholder Jean Marc Mormeck  on March 3.

“Thompson is a strong and difficult opponent fighting southpaw. He has a very good technique and gave me one of the toughest challenges in my career,” said Klitschko, the IBF/WBA/WBO beltholder who will be after the 12th knockout of his winning streak.

“Through his height it is a fight at eye level and I know that he has gained a lot of confidence through his winning streak. I am looking forward to defending my titles in Bern where my brother Vitali fought in 2009 with great support of the Swiss crowd.”

Nicknamed “The Tiger,” Thompson was stopped by Klitschko while his right knee had been showing some wear and tear. Since then, Thompsonn has undergone two separate surgeries to repair a torn meniscus.

“I’ve had a bad right knee and needed surgery even before the Klitschko fight. So then, since the Klitschko fight, I’ve had two knee surgeries on it. So for me, it’s been about getting my health together,” said Thompson, a married father of seven during a previous interview with RingTV.com.

“When I fought Klitschko, I wasn’t properly trained because I couldn’t do any running thanks to my knee. So it’s been three years since the loss, and I’m just now starting to feel good again. Now that my health has returned, I have no doubt that I can perform in a good way.”