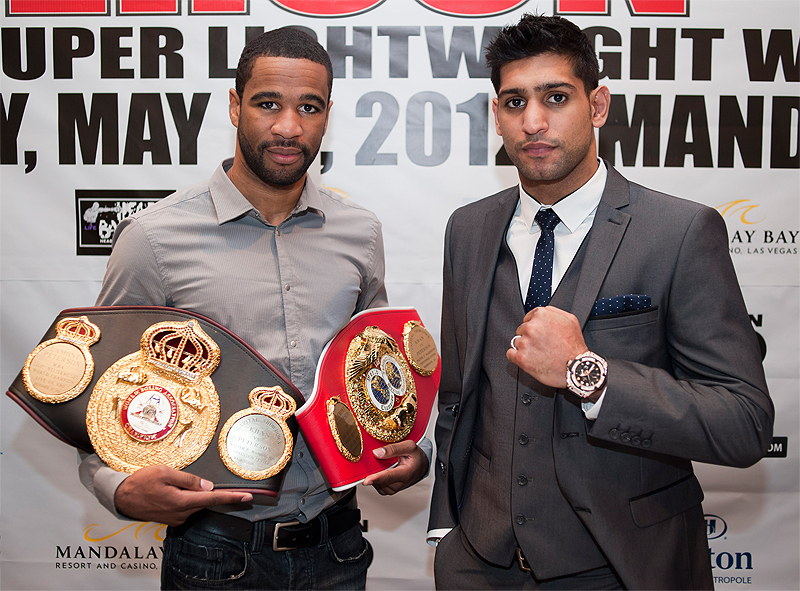 IBF/WBA junior welterweight beltholder, Lamont Peterson, said he wants to be “part of the movement” that makes Olympic style random drug testing of blood and urine “mandatory” for boxing, which is why he says he requested the procedure for his May 19 rematch with Amir Khan at the Mandalay Bay Hotel in Las Vegas.

“We asked for it. My team asked for it. Like I’ve said before, it has nothing to do with Amir Khan,” said Peterson (30-1-1, 15 knockouts), who dethroned Khan (26-2, 18 KOs) by split-decision for the belts in December in Peterson’s native Washington, D.C.

“It’s nothing having to do with us thinking that he’s cheating. It’s just the fact that there are people out there cheating. We’re trying to clean up the sport. Just trying to make sure that everybody makes it out of that ring healthy and alive, so that’s all that that was about.”

Peterson and Khan have contractually agreed to be randomly drug tested for blood and urine for their return bout, joining others such as WBC junior middleweight beltholder Saul Alvarez and challenger Shane Mosley, who will be drug-tested by the Voluntary Anti-Doping Association (VADA) in advance of their HBO Pay Per View-televised clash on May 5 at the MGM Grand Hotel in Las Vegas.

The VADA organization’s president and founder is Dr. Margaret Goodman, a former ringside physician and Medical Advisory Board Chairman for the Nevada State Athletic Commission.

“Amir Khan told me when we started the negotiations that he wants drug testing as well, because he has submitted himself to drug testing already, and he feels that the other guy should too.”

Negotiations for megabouts between WBO welterweight beltholder Manny Pacquiao, who is promoted by Top Rank Inc., and Mayweather, who is handled by Golden Boy Promotions, have twice failed over Mayweather’s insistance on Olympic-style random drug testing. 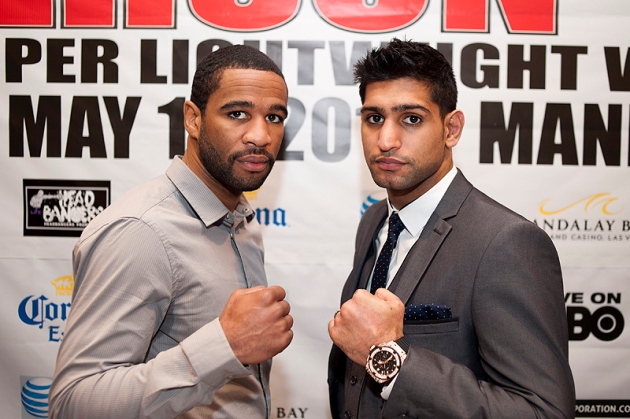 Pacquiao has an ongoing lawsuit against Mayweather accusing him of defamation, asserting that the fighter has continued to insinuate publicly that Pacquiao’s success over eight weight classes is the result of having used performance-enhancing drugs.

Mayweather insisted that he and his his opponents were tested before his past two victories over Mosley in May and Victor Ortiz, in September, under Olympic-style random drug testing of urine and blood that was conducted by United States Anti-Doping Agency.

“When Floyd Mayweather first did it, it was the right thing to do. I’m just trying to make sure that other champions or known fighters do the same thing. They always do urine tests after every fight,” said Peterson.

“But they say that there are new drugs out there that people can take, and that won’t show up in the urine. So why not just take the blood test. Make it mandatory. Eventually, I think that it should be mandatory for every championship fight. I’m trying to be part of the movement to get that done.”

A former 2004 Olympic silver medalist, Khan told RingTV.com that he is accustomed to being randomly tested and believes, as does Peterson, that the process should become a staple in boxing.

“I really think that all fighters should take it. Let’s clean the sport up. But the reason that I’m doing it is because I’ve always and already have been through this drug testing regime due to the Olympic games and everything,” said Khan.

“So for me, it’s normal to go into a drug testing situation and give a blood sample or a urine sample. I was in the Olympic games in 2004, so since then, I’ve been randomly drug tested.” 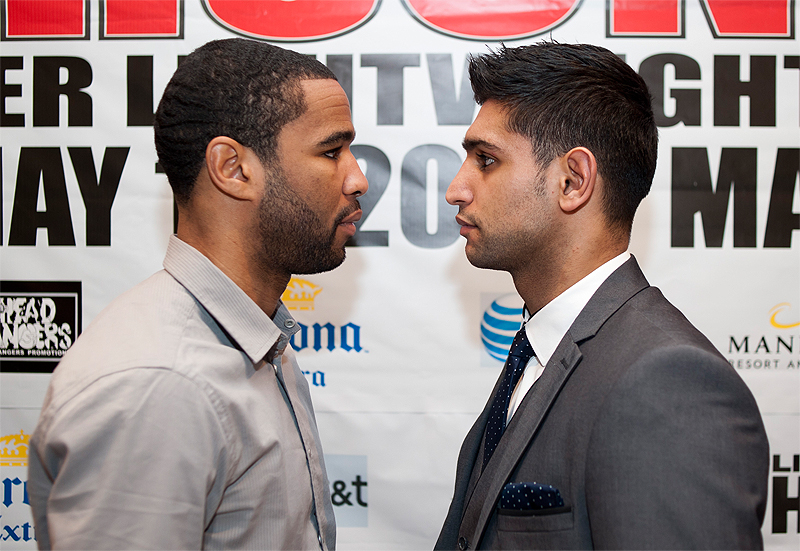 Khan, Pacquiao and Chavez also share strength and conditioning guru Alex Ariza, who had said that he and Roach have become unfairly targeted, if not tainted, by innuendo regarding their clients and performance enhancing drugs.

“For all those people who have pointed fingers, at least they won’t be able to point fingers at me after that, because they know that I’ve been Olympic drug tested and if you’re tested, they’ll know that you have been too. I get tested in England even at my home. They can just come and knock on my door,” said Khan.

“Also, I was in Los Angeles one time, and the British Boxing Board, two or three times, they sent a boxing people from America to test me. So I’ve already been drug tested randomly, and I mean, I’ve been out at night with friends, and then, the next day, I’ll come home and they’ve come and drug tested me. I’ve never failed a drug test, and I’ve never refused one.”

“So Amir has been tested for every single one of his fights that have happened in the United States or if the happen in the United Kingdom. It’s been random Olympic style drug testing. Amir was an Olympian, so he’s very used to it. So it’s nothing new for him. He’s been tested in every fight. So, it doesn’t really matter.”