Nguyen is out as Russell’s opponent 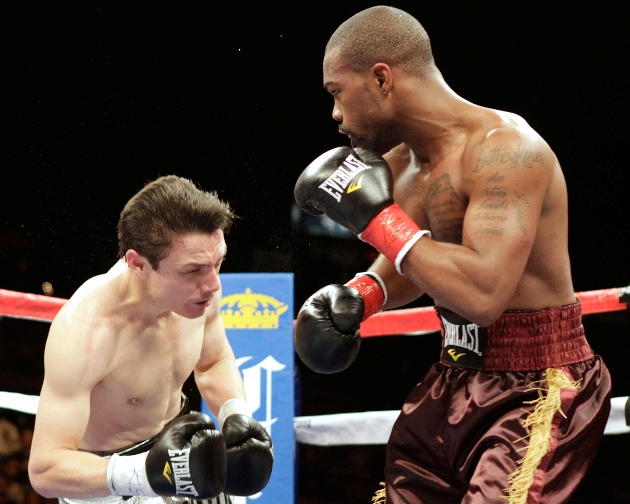 Vietnam native Dat Nguyen has pulled out of an April 21, featherweight bout against Gary Russell Jr. as a result of “managerial problems,” according to Eric Gomez, matchmaker for Golden Boy Promotions.

A 23-year-old southpaw, Russell (19-0, 11 knockouts) is coming off November’s first-round stoppage of Mexican Heriberto Ruiz and was looking to maintain that momentum against Nguyen (17-2, 6 KOs).

Gomez said that Russell still is scheduled to fight an opponent to be determined on the undercard of a Showtime-televised, junior featherweight bout featuring Abner Mares (23-0-1, 13 KOs) vs. Eric Morel (46-2, 23 KOs).

“Dat Nguyen, he’s out. He’s out. So we’re looking for an opponent. We have a possibility, but we’re just trying to see if he will take the fight,” said Gomez.

So Dat Nguyen is out. He’s definitely out. Managerial problems. He’s fighting with his manager. He just pulled out of the fight.”

Mares vacated his IBF bantamweight belt in favor of rising in weight for the fight with Morel for the WBC’s belt.