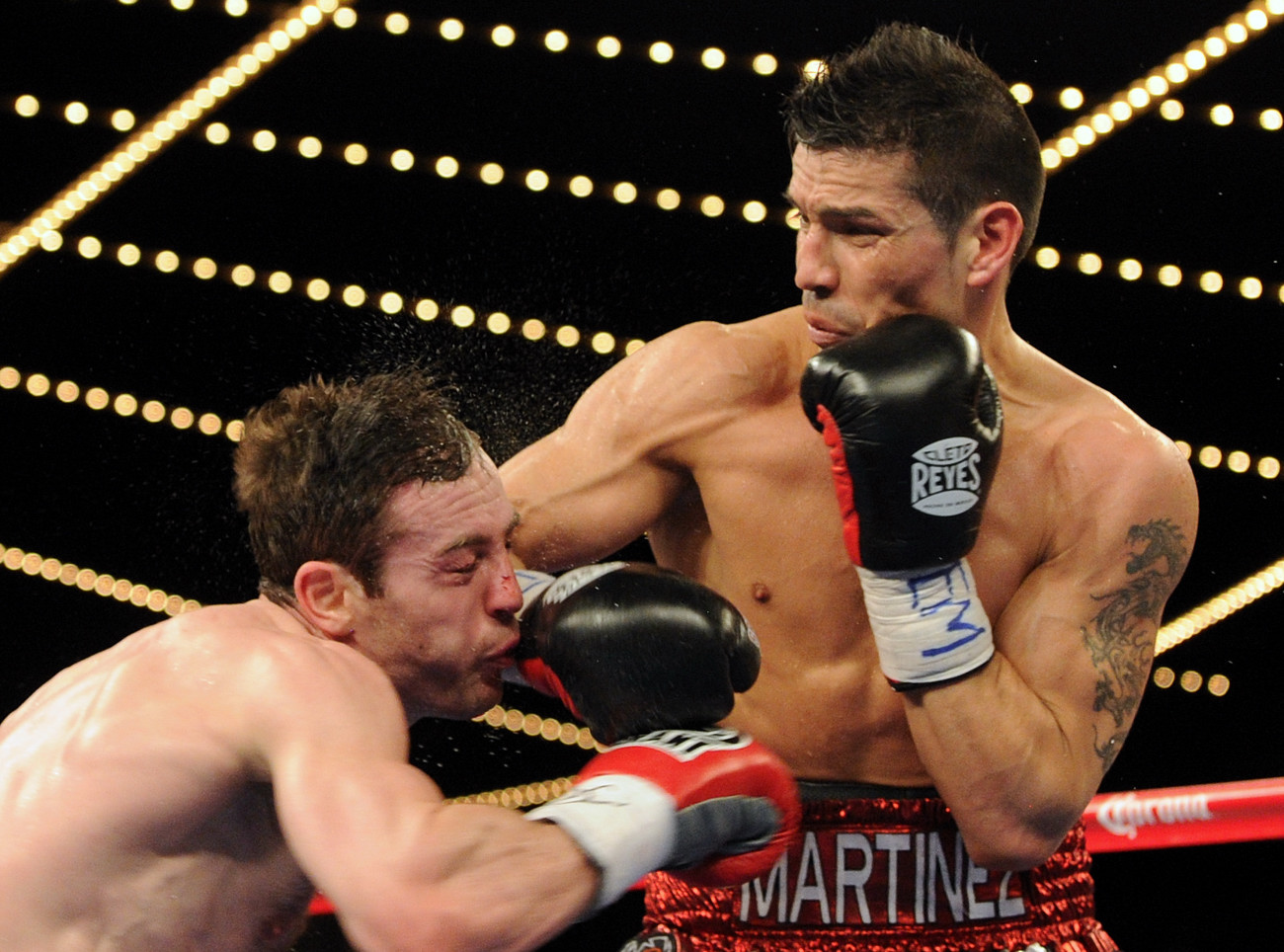 RingTV.com spoke to Sergio Martinez on Wednesday, moments after he had signed a contract that is meant to guarantee him a fight against the winner of a June 16 title bout between WBC middleweight beltholder Julio Cesar Chavez Jr. and Andy Lee.

Martinez’s advisor, Sampson Lewkowicz, said that in order for the three-way scenario to be completed, however, signatures must be secured from Lee and his promoter, Lou DiBella (who also promotes Martinez), plus Chavez and his promoter, Bob Arum. Lewkowicz said that WBC President Jose Sulaiman already has provided a signature indicating that the deal is to move forward.

Martinez won the undisputed middleweight title with a unanimous decision over Kelly Pavlik in April of 2010 before scoring a second-round knockout of Paul Williams in a rematch of their 2009 fight that Williams won by a controversial majority decision.

The WBC then forced Martinez to give up his belt for fighting Sergei Dzinziruk, declaring him “Emeritus Champion” and elevating Sebastian Zbik to the status of WBC beltholder. Chavez Jr. would take that title from Zbik in June of 2011.

Martinez scored five knockdowns against the previously unbeaten Dzinziruk on the way to an eighth-round knockout, and followed that up with an 11th-round knockout of London’s Darren Barker, who also lost his perfect record as a result.

Martinez’s most recent performance was an 11th-round knockout of Matthew Macklin at New York’s Madison Square Garden on March 17.

While there are skeptics concerning the power of Martinez, few can contest the physical damage he inflicts upon his opponents.

Williams, Pavlik and Macklin were all left with badly bleeding cuts on their faces, particularly around the eyes. Barker’s left ear drum suffered severe damage. Martinez twice floored Macklin with straight lefts in the 11th round of their bout. Dzinziruk was simply obliterated.

In an interview translated by Lewkowicz, Martinez (48-2-2, 27 knockouts) shared his thoughts on Chavez’s unanimous decision win over Marco Antonio Rubio in February.

RingTV.com: What was your assessment of Chavez’s performance against Rubio?

Sergio Martinez: Chavez won with no major problems. So my assessment is that he did what he had to do to win the fight, and he won the fight.

RingTV.com: Was there anything that surprised you about Chavez’s performance?

SM: Chavez did his his work well, and Rubio tried to answer but did not have enough to do so, so he couldn’t do it.

RingTV.com: What is your assessment of your own performance against Macklin?

SM: For me, it was a very good fight. I think that Macklin demonstrated that he could fight with intelligence, the way that he switched his style.

But I was able to make my own adjustments and close out the fight in the championship rounds. Macklin was a little surprising with the adjustments that he made.

Before that, in every fight, Macklin was moving forward most of the time. But in the most important fight of his life, he was going backwards. That was a very good thing that he did. I didn’t expect that from Macklin.

RingTV.com: Your thoughts on the fact that Chavez said his performance against Rubio would not have been enough to defeat you?

SM: Definitely, Chavez was very concious of the fact that he would have needed to do more to beat Sergio Martinez than he demonstrated with his abilities in beating Rubio on that night.

Besides that, I will give him applause if he can beat Andy Lee, who is a southpaw like me. Then, maybe, that would be an improvement over his performance against Rubio.

Rubio was not the right man to test him before a fight with Sergio Martinez. I want to see that, and then, there will be no excuses. 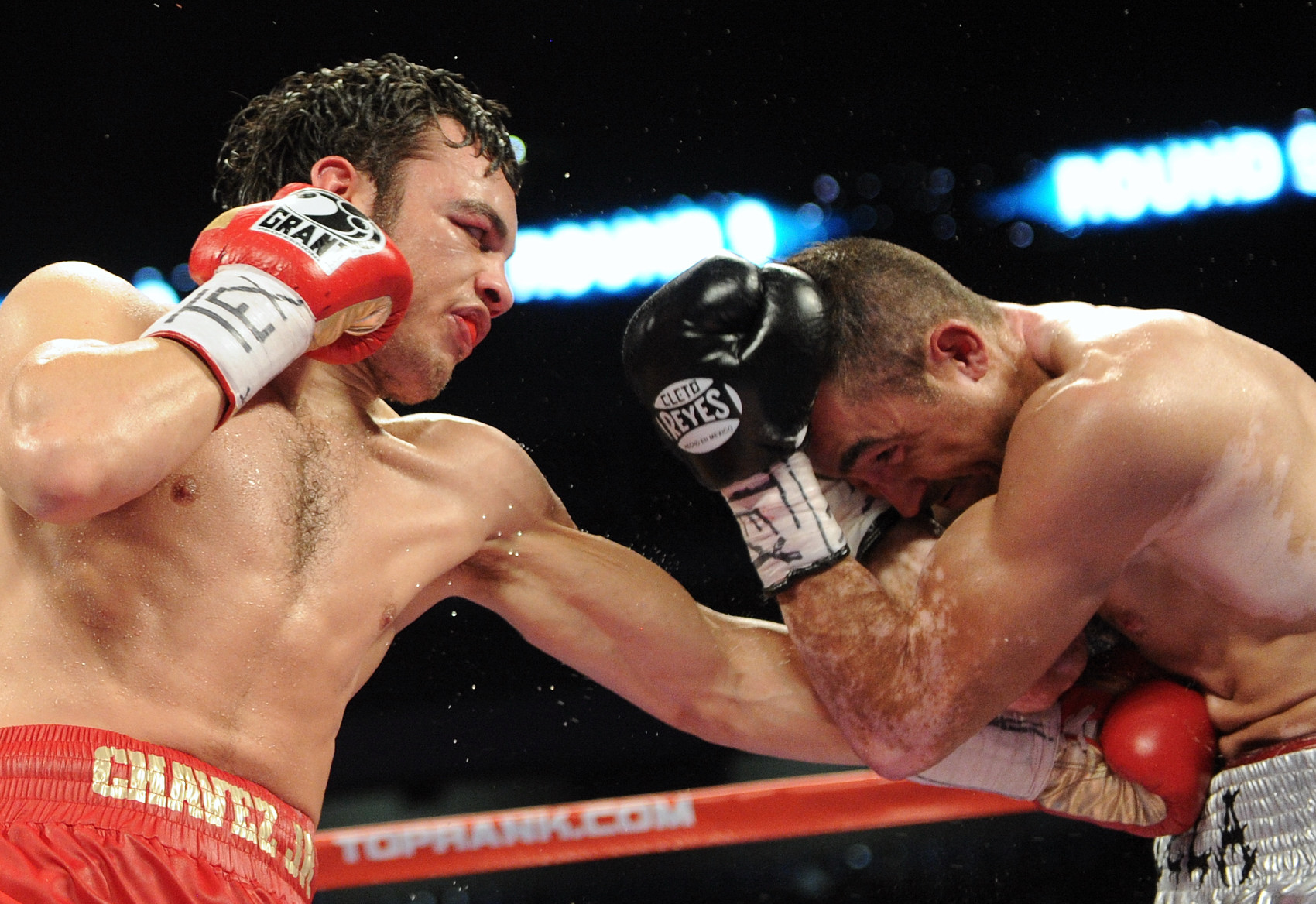 RingTV.com: Do you have any concerns that Chavez will not actually sign to fight you?

SM: I have signed my part of the deal. I definitely believe that it will happen. I understand that this time, I think that Chavez Jr. really means it.

I’m very happy that Chavez Jr. is finally stepping up to the plate and I have full trust that the fight is going to happen.

If it doesn’t happen, I have faith in the WBC … I believe that if everyone involved does not sign, then Chavez Jr. and Andy Lee will not be fighting for the title, and that Chavez Jr. will be stripped before then.