Mayweather’s expected to announce next foe on Wednesday 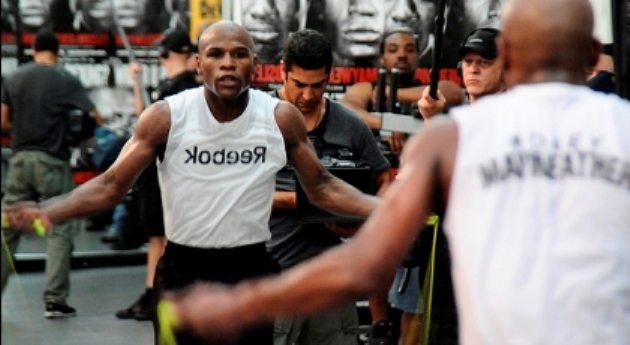 Unbeaten WBC welterweight beltholder Floyd Mayweather Jr. is expected to announce his next opponent during a Wednesday licensing hearing with the Nevada State Athletic Commission, according to a report by Kevin Iole of Yahoo!Sports.

Mayweather re-applied for a Nevada license on Jan. 23 in order to have it reviewed on Feb. 1 by the NSAC, Executive Director, Keith Kizer, told RingTV.com on Jan. 27.

Although every fighter’s license expires on Dec. 31 of every year, it seems a forgone conclusion that Mayweather will be re-affirmed having avoided jail time that had threatened his announced plan to return to the ring on May 5 at the MGM Grand in Las Vegas.

Mayweather is coming off of a fourth-round knockout of Victor Ortiz in September that earned him the WBC’s title belt, and Golden Boy Promotions CEO, Richard Schaefer, reportedly informed Yahoo!Sports that he will apprise the NSAC whom Mayweather’s next opponent will be.