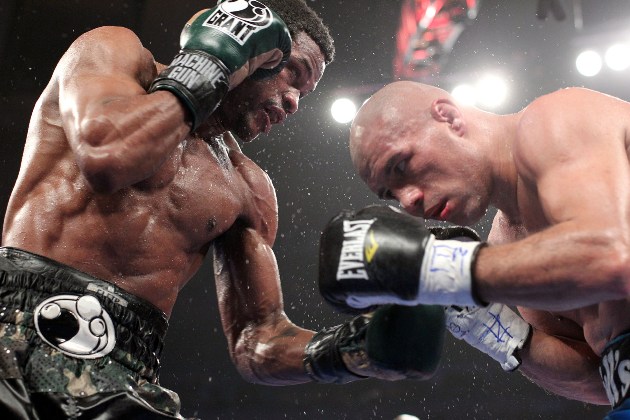 Negoations for an IBF title bout between Philadelphia welterweight Mike Jones and Miami’s Randall Bailey are headed for a purse bid, according to Russell Peltz, Jones’ co-promoter.

“The purse bid deadline was at the close of business today, Jan. 12. If it wasn’t agreed to by 5 p.m. today, then the date of the purse bid is Jan. 24. So it’s officially going to purse bid,” said Peltz, who co-handles Jones with Top Rank Inc.

“Top Rank is going to do the official bidding [for Mike Jones,] and Randall Bailey is under contract to [promoter] Lou DiBella. The winner of the purse bid has to put the fight on within 90 days, that’s the rule. So the fight has to take place by April 24.”

Bailey, 37, has won three straight fights since being stopped in the 11th round by Juan Urango in August of 2009.

“The winner of the Jones-Bailey fight will be in position to be in the mix with the big money names in the businesss,” said Peltz. “Like [Juan Manuel] Marquez, [Manny] Pacquiao, [Floyd] Mayweather, Berto and [Victor] Ortiz.”