Martin: Kennedy doesn’t have a chance to beat me 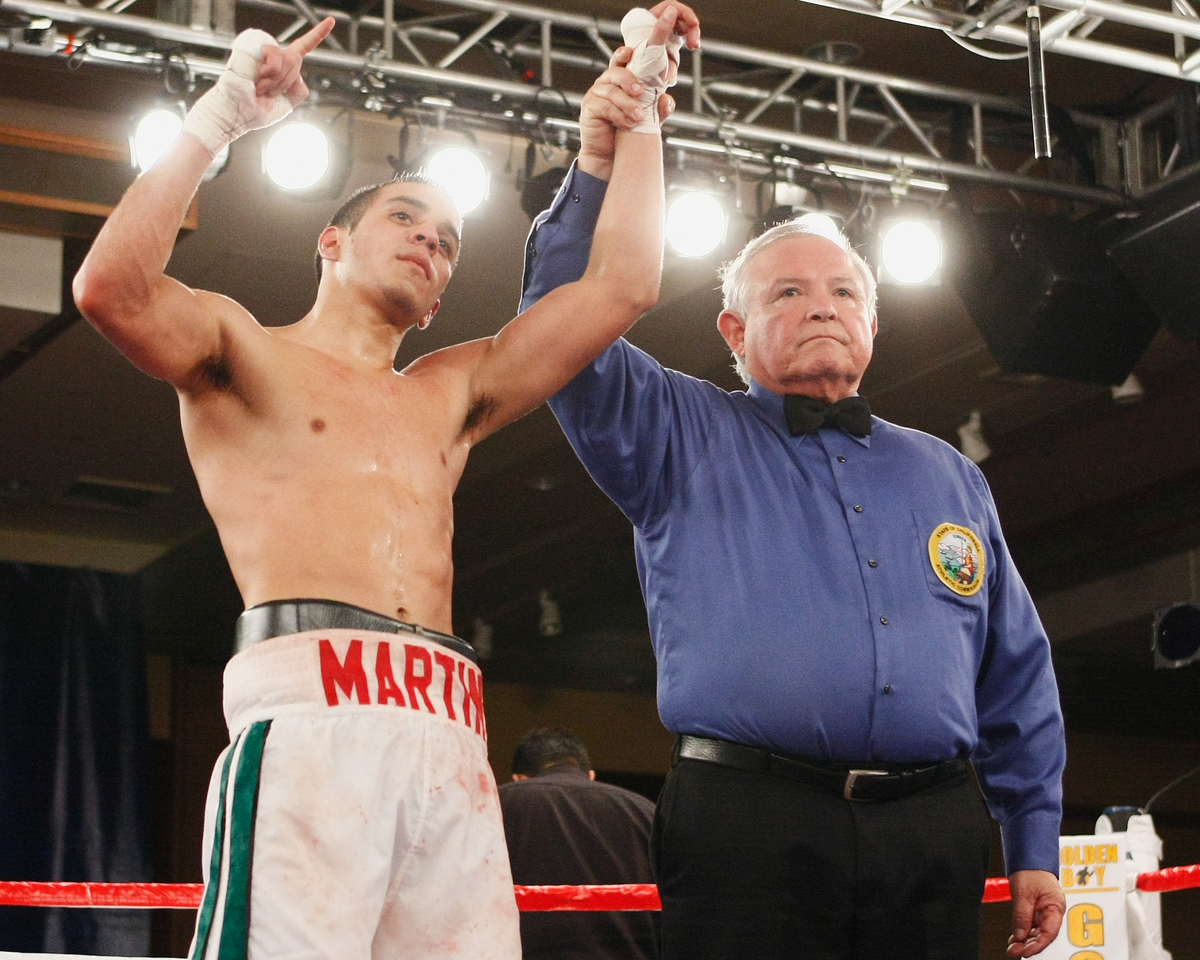 Junior featherweight fringe contender Christopher Martin understands what is at stake as he prepares for his next bout this Friday against Teon Kennedy in the main event of ESPN2’s Friday Night Fights. Everything.

The San Diego native was in an enviable spot in his career last year, having risen from local attraction to the short list of top American prospects after scoring victories over Chris Avalos and Charles Huerta. Martin’s confidence soared to an all-time high.

In hindsight, it was too high.

The ink had barely dried on his promotional contract with Top Rank before disaster struck. Complacent and without focus, Martin was caught in the lights of Las Vegas leading up to his first match in Sin City. As the moments ticked down towards his first loss against journeyman Jose Angel Beranza on October 1, all he could think about was what he was about to lose.

“That clause in my contract was in my mind,” said Martin (23-1-2, 6 knockouts), referring to the clause that made his contract with Top Rank terminable should he lose.

“I expected it to be an easy fight,” said the 25-year-old boxer, who says that Top Rank was supportive despite the setback. “I just thought I was untouchable and put him off to the side. It was my first time in Vegas, too, and I was focused on a lot of things except the fight. Even though I was there to fight, it seemed like I wasn’t.

“It felt like a sparring match and I didn’t have any urgency until the very end when I felt like I was losing.”

With his career at the crossroads, Martin is set to face Kennedy (17-1-1, 7 KOs) at the Hard Rock Hotel and Casino in Las Vegas, Nev. Like Martin, the 25-year-old Philadelphia native is in a do-or-die situation after suffering his first defeat in his most recent fight, a unanimous decision loss to Alejandro Lopez last August. Kennedy too was expected to have a routine night, only to find himself in a state of disbelief.

Martin has been there; he knows how Kennedy feels.

“If he’s anything like me, it’s eating him up inside and he wants to get right back in there,” said Martin. “He’s gonna come to fight because he experienced the same thing I experienced.”

Unlike Kennedy, Martin didn’t have an extensive amateur career, compiling a modest record of 18-10 that was highlighted by a California Golden Gloves title in 2004. Martin fought in the National Golden Gloves later that year, losing in the flyweight quarterfinals. Kennedy ultimately won the flyweight national title.

Boxing was a replacement passion for Martin, who grew up having dreams of playing professional soccer. His brother, seven years his senior, boxed at the local gym and his father asked if he’d like to join as well. Martin responded yes, but really meant to say no as he was too scared. It wasn’t until high school, when at the age of 14 he found himself academically ineligible to play soccer, that he agreed to give boxing a go.

“I liked the competition and just fell in love with it,” said Martin. “The rest was history.”

The opportunity for redemption in a single fight is a blessing and a curse for Martin as well as Kennedy. The national spotlight of FNF presents both with a platform to make the statement that they are ready to move on, but it also provids a sizable audience should one fail to actualize their intentions.

“I just know that everything, the loss will be erased if and when I beat Teon Kennedy,” said Martin, who is dedicating this fight to his sister-in-law Claudia Martin, who just survived breast cancer, as well as Melanie Melendez, a close friend who is currently battling the same ailment.

“I have to, there’s no maybe nothing, its a must-win no matter what. A loss will just dig me deeper in this mess that I’ve made. But from what I see in Kennedy, he doesn’t have a chance to beat me. If he tries to brawl, he’s gonna be boxed. If he tries to box, he’s going to be outfought.”

While Kennedy and Martin are in similar positions in their career, Martin feels that his loss was different from Kennedy’s. Martin believes that, while his loss was due to distractions, Kennedy’s was due to his own shortcomings as a fighter.

For Kennedy’s part, he was facing a litany of felony charges that included attempted murder that would eventually be dropped prior to the Lopez fight. Kennedy also holds a victory over Beranza in 2010.

“I saw the fight and I saw the flaws, that he’s flatfooted. I’m not Lopez, I’m not going to run and stay on my bike the whole night, but I have the ability to box. Once he starts to get frustrated, he’s going to come in a little more and I’m going to be able to counter punch him more effectively.

“I’m the favorite, and I think that’s the way most people should see it. I know I’m not going to blow him out, you’re not just going to blow out a guy like Teon Kennedy. But if he thinks he’s going to do that to me, he’s making a big mistake.”