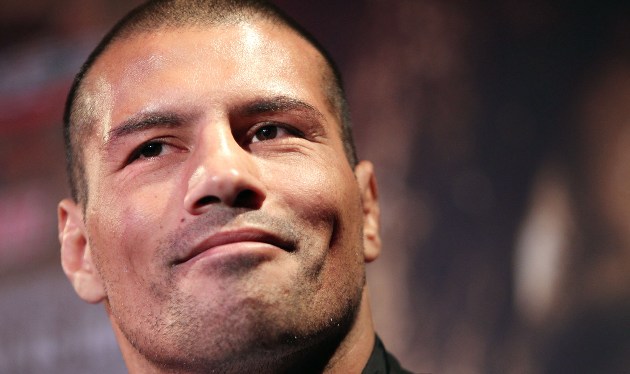 The 31-year-old Lujan (38-5-2, 24 knockouts) will pursue his 13th straight win and his seventh knockout during that run against the 28-year-old Jones (25-0, 19 KOs), whom he is fighting for the No. 1 spot in the IBF’s ratings with the winner meeting IBF No. 2-rated Randall Bailey (42-7, 36 KOs) for the organization’s belt that was recently vacated by Andre Berto.

Jones-Lujan takes place on the Miguel Cotto–Antonio Margarito undercard. Margarito stopped Lujan in the 10th round of a WBO welterweight title bout in February of 2005.

Jones is coming off a second-round knockout of Raul Munoz, which was accomplished in June before his hometown fans at the South Philly Arena. Prior to Munoz, Jones battled through consecutive majority and unanimous decisions over Jesus Soto Karass in February and June.

Jones stands 6-foot tall, giving him a six-inch advantage in height over the 5-foot-6 Lujan, who is coming off a ninth-round knockout of Mark Melligan in July.

Lujan spent time preparing for Jones by training alongside Margarito, Soto Karass and RING No. 1-rated lightweight and WBA beltholder Brandon Rios (28-0-1), who will defend his belt on Saturday night’s card opposite Johnny Murray (31-1, 18 KOs). 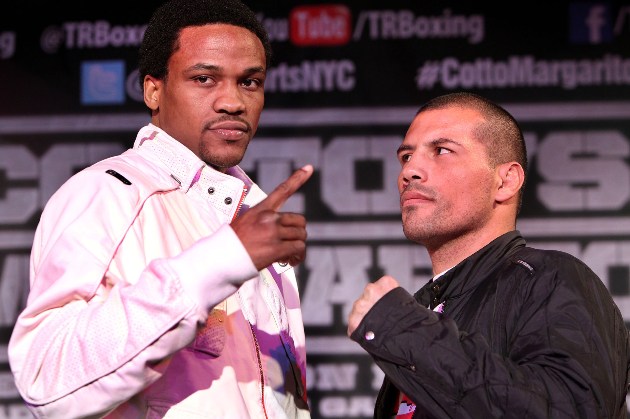 Lujan discussed his preparation and his plans for Jones in this Q&A below.

RingTV.com: Do you have an answer for Jones’ strategy should he decide to box and stay on the end of his jab?

Sebastian Lujan: He can say whatever he wants. But at the end of the night, it’s only going to be him and me in the ring. At that point, we’ll see what happens, but I know that I’m prepared to go in there and do my job.

RingTV.com: Can you talk about your knockout loss to Margarito?

SJ: For that fight, I didn’t train well for that fight. But either way, he was better than I was at the time, so he was still going to beat me.

I’m glad that we fought against somebody like Margarito at that point in my career, because that fight set me up for the rest of my career.

It brought me a lot of attention to get into some decent fights later on and ultimately I’m still here doing well.

RingTV.com: I understand that there was a problem with one of your ears in that fight?

SJ: Margarito got me with a good punch to my ear and opened my ear up and that’s what happened. That’s a part of boxing, and it was a good experience looking back.

RingTV.com: How helpful was your training in Mexico alongside Margarito, Rios and others like Soto Karass?

SJ: It was a very good experience training with Margarito. Just enjoying the time there and the experience and the lessons that you can learn from a guy with his experience.

This is not the first time that I’ve worked with Margarito. I worked with him before and helped him as a sparring partner. It’s a pleasure being around him.

But I sparred with the best for this fight. I was with Margarito, Soto Karass helped me out a lot. We sparred with Brandon Rios in there. I had the best sparring.

RingTV.com: Did you learn any tips on how to fight Jones from Soto Karass?

SJ: My opponent will have to be very well prepared to be able to handle me. Jones can say anything that he wants. At the end of the night, it’s just going to be me and him in that ring together.