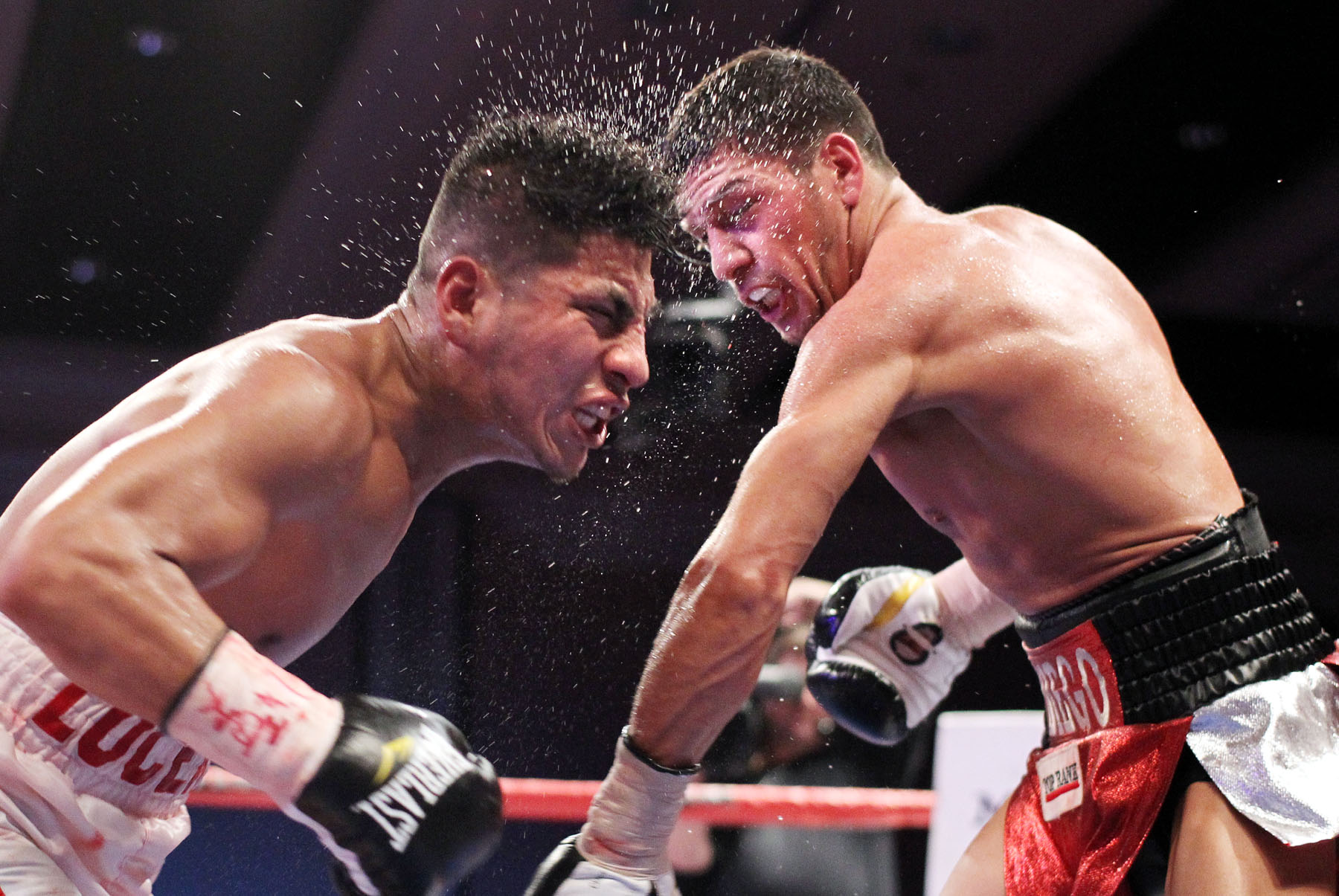 Diego Magdaleno gave his hometown fans something to cheer about as he dominated veteran Emmanuel Lucero to a shutout 10-round decision in the main event of a Top Rank Live! show at The Mandalay Bay casino in Las Vegas on Friday.

Magdaleno (21-0, 7 knockouts), a junior lightweight contender from Las Vegas, won by ridiculously lopsided scores of 100-87, 100-88 and 100-89. The 25-year-old southpaw punished the 33-year-old veteran with his jab, smart pressure, combination punching and a concentrated body attack. He dropped Lucero in the seventh round when a straight left clipped Lucero into the ropes and referee Robert Byrd ruled it a technical knockdown.

Magdaleno did his best to close the show in rounds eight, nine and 10 but the New York City-raised Mexican hung tough. Lucero’s been in with some heavy hitters over the years and if Magdaleno has one weakness it’s that he does not possess world-class power.

Still, he’s strong in every other category. Magdaleno, rated No. 7 at 130 pounds by THE RING, is about as well rounded as a young fighter can be. All he needs to add to his game is experience and the 10 rounds he went with Lucero should serve him well as he aims for a world title in 2012.

In the co-feature to the Fox Deportes/Fox Sports Net broadcast, unbeaten lightweight standout Mercito Gesta out-pointed Ricardo Dominguez over 10 rounds to continue his advancement from prospect to contender.

So Gesta was in with a capable young fighter and did well to control his game opponent over 10 rounds. He did so mainly by making Dominguez miss with his footwork or by leaning away from incoming shots and then counter punching his antagonist with fast right hooks and left crosses.

Gesta has more natural talent — mainly speed and power — than promotional stablemate Magdaleno, but he’s not as complete a fighter. Gesta needs to develop a consistent offense before he earns the contender status that Magdaleno has, but he’s well on his way.