Trout aims to back up underground buzz in ShoBox debut 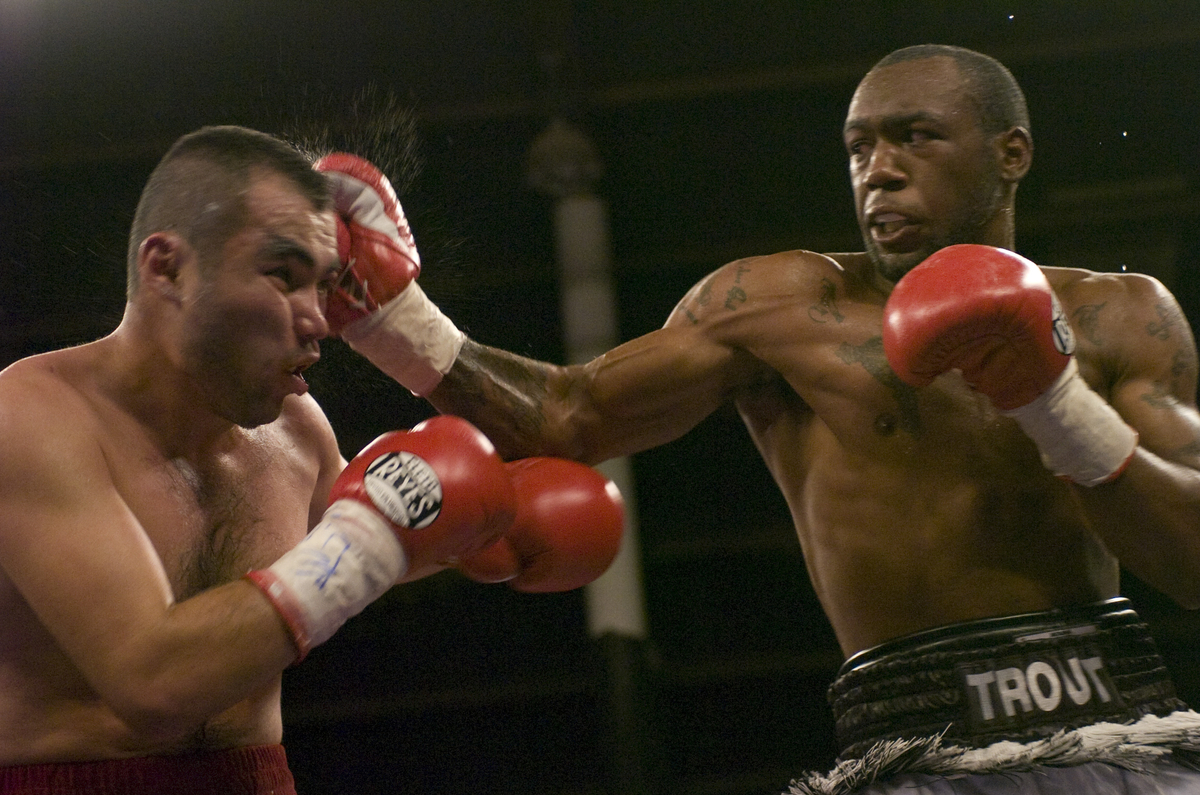 Austin Trout, a boxer-puncher who has reeled off win-after-win in his opponents’ backyards, finally gets his chance in the spotlight.

“I’m really smart. If something isn’t working , I’ll figure out something that does work,” Trout told RingTV.com. “I’m not a dumb fighter, I can adapt. If you have weakness I’ll definitely take advantage of them.

“I’m going to use angles and let him run into some shots. I’m going to set him up and take him out. People are going to be impressed by my angles and my speed.”

Trout, 26, has hit the road for all but two of his past seven bouts, fighting in locales such as Mexico, Canada and Panama. His most recent two fights – both against Mexicans in their native Mexico – have been wide-points victories over Rigoberto Alvarez (brother of Saul) and David Lopez. Finally, he gets to fight close to home, less than an hour away from his hometown.

“I like to travel, I like to go see cultures and countries,” Trout said. “But there’s nothing like being able to fight at home, having a pro-Trout crowd. I haven’t felt that in years. I’m excited for that.”

With the highly-questionable scoring after four rounds of this past weekend’s slugfest between Kirkland and the hometown fighter Alfredo Angulo, Trout knows all too well the dangers that come with traveling to his opponent’s backyard. But he doesn’t let it alter his mindset in the ring. So far, so good for the undefeated fighter.

“No Doubt” Trout believes he’s had a hard time getting the exposure fighters of his caliber enjoy with other more mainstream promoters, as he is guided by lesser-known N.J.-based promoter Greg Cohen.

“I haven’t had a major promoter,” Trout admitted. “The dates, believe it or not, are owned by all the major promoters for some reason. I think that’s been the biggest thing (as far as not being on TV yet)”

There has been a buzz around Trout following his two most recent victories, but with this Friday being his U.S. headline television debut, fans will finally get a chance to see what all the fuss is about.

“If I want the public to get behind me and start calling for these big fights, I gotta impress them,” Trout said. “I don’t look at it as pressure, I just see it as an opportunity. This is an opportunity and I’m excited to take full advantage of it.”

Trout was originally slated to fight Japanese southpaw Yuki Nonaka, before his foe pulled out with an injury. He’s now fighting a pressure fighter in LoPorto, and it was an adjustment in training camp, but Trout is ready for him all the same.

“I’ve seen tapes on him and he’s a lot tougher than everybody thinks,” said Trout of his opponent. “He tries to stay in your chest. I try not to overlook anybody, I learned that in the amateurs. Just because you don’t know their name that doesn’t mean he doesn’t want it as bad as you. He has major heart and determination. He’s coming to try and take my belt.

“It couldn’t have worked out any better. If I can get a fight with [Anthony] Mundine that would be great, and this is a great way to hype it up.”

Looking ahead to the first half of 2012, Trout would love to fight any of the top fighters in the loaded junior middleweight division.

“Depending on how this goes, this could up my stock a lot, where a fight with Canelo [Alvarez] or [Miguel] Cotto would be more realistic,” Trout said. “[James] Kirkland is a realistic fight and even [Carlos] Molina, he’s a spoiler. But I need to make sure I take care of business this fight so all that can happen.”

Another name that is on Trout’s radar is Cuban Erislandy Lara, who for months now has claimed that Trout has been ducking him.

“He’s never really made an offer,” Trout revealed. “He keeps saying I don’t want to fight him, but I would love to beat the hell out of Lara. He’s really getting on my nerves saying that I’m ducking him or whatever.”

For Trout, the most rewarding aspect of “The Sweet Science” is “that whole mano y mano thing” that accompanies the sport.

This Friday, Trout has his chance to show the boxing public what they’ve been hearing about – and he’s certain there will be chatter around the water cooler come Monday.

Mike Coppinger is a regular boxing contributor to USA TODAY and THE RING. He is a member of THE RING Ratings Advisory Panel, the Yahoo Sports Boxing Panel and the Boxing Writers Association of America. Follow him on Twitter: @MikeCoppinger