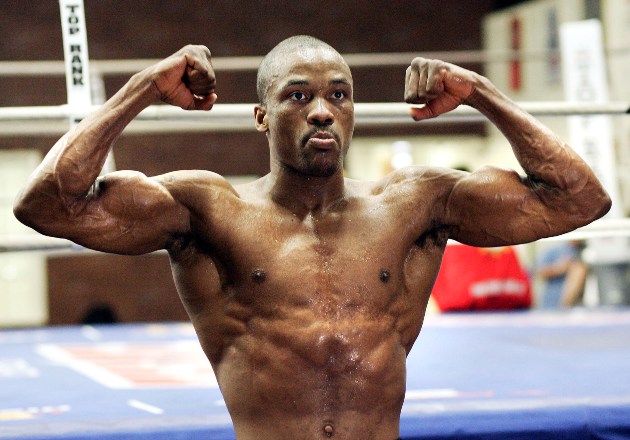 Unbeaten Philadelphia welterweight Mike Jones will face Argentina’s Sebastian Lujan for the No. 1 spot in the IBF’s ratings, with the winner to meet IBF No. 2-rated Randall Bailey for the organization’s belt that was recently vacated by Andre Berto.

Currently THE RING’s No. 8 welterweight, Jones (25-0, 19 knockouts) will meet Lujan (38-5-2, 24 KOs) at Madison Square Garden in New York City on the undercard of the HBO Pay Per View-televised Miguel Cotto–Antonio Margarito rematch on Dec. 3.

Jones has also been mentioned as a potential opponent for THE RING’s No. 1 rated pound-for-pound king Manny Pacquiao (53-2-3, 38 KOs), who is currently engaged to face Juan Manuel Marquez (53-5-1, 39 KOs) in defense of his WBO welterweight belt on Saturday night.

Berto (28-1, 22 KOs) has announced that he is vacating his IBF belt in favor of a shot at revenge against RING No. 3-rated Victor Ortiz (29-3-2, 22 KOs), who dethroned Berto as WBC titleholder by unanimous decision in April.

The plan was first reported by RingTV.com as informed by Golden Boy Promotions CEO Richard Schaefer.

The 28-year-old Berto rebounded from his loss to Ortiz by dethroning Jan Zaveck (31-2, 18 KOs) as IBF titleholder by fifth-round knockout in September, stopping Zaveck for the first time in his career.

The IBF’s mandatory challenger to Berto had been Bailey (42-7, 36 KOs), a winner of his past three welterweight fights, one of them by knockout, since himself being stopped by Juan Urango in the 11th-round of a failed bid to earn the IBF’s junior welterweight title in August of 2009.

“As soon as the Jones-Lujan fight is over, we’ll send out an order for them to start negotiations with Bailey. If they reach an agreement, fine. If not, then we’ll go to a purse bid and go from there.”

HBO was not interested in purchasing Berto against Bailey, who is coming off a 10-round unanimous decision over Yoryi Estrella in September.