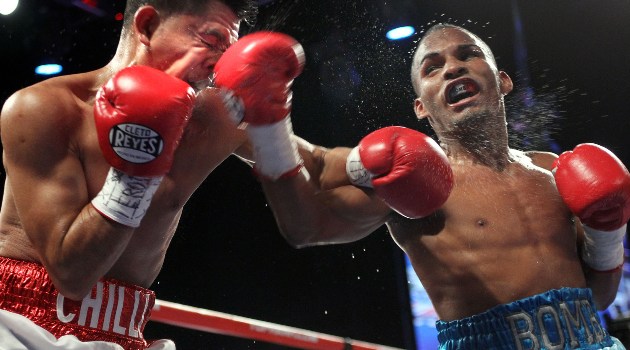 In the night’s opening bout, Brooklyn welterweight Cletus Seldin scored his fourth win without a loss and his second knockout at 2 minutes, 52 seconds of the second round over Jose Segura Torres (2-3-2, 1 KO) of Miami.

The second welteweight fight, Quebec, Canada’s Mikael Zewski took only a minute and 27 seconds to dispatch of Keuntray Henson (4-4, 1 KO) of Memphis. Zewski rose to 11-0 with his seventh knockout, and his second straight stoppage victory.

The third bout of the evening featured crowd-pleasing Long Beach, New York-based lightheavyweight Sean Monaghan (10-0) scoring his seventh knockout over Pennsylvania’s Anthony Pietrantonio (7-8, 5 KOs) at 2 minutes and 51 seconds of the fifth round.

The stoppage was the third straight in as many consecutive wins from Monaghan, whose nickname, “Irish,” was being chanted by the crowd members throughout the fight.

Monaghan battered Pietrantonio for much of the fight until trapping him on the ropes, nailing him with a hard right to the body and finishing him with two, clubbing overhand rights to the jaw. At that point, referee Eddie Claudio had seen enough and came to the rescue.